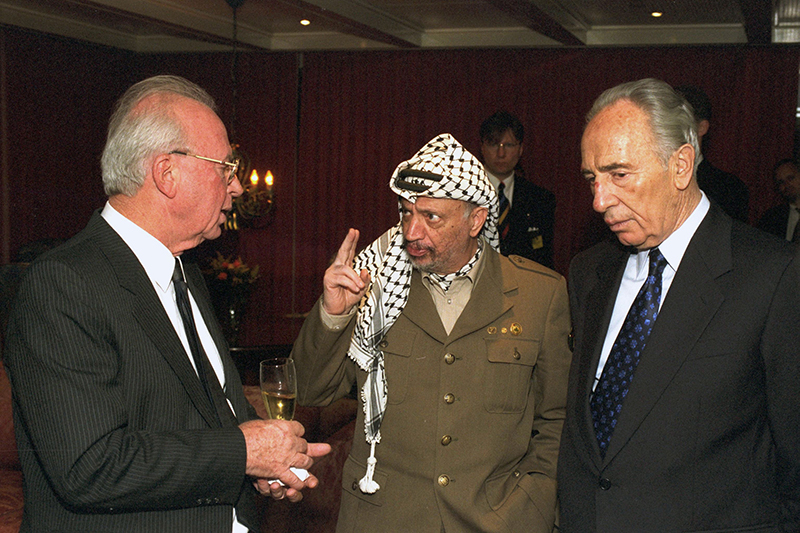 For me, The Oslo Diaries’ historical context lies in a grey space. My World History education’s timeline stopped in the early ’90s apropos of Boris Yeltsin becoming president, while my actual memory of world events seems to be the clearest around Bill Clinton’s scandal of the late ’90s. I remember seeing a reference of the Yasser Arafat–Yitzhak Rabin–led peace agreement in Cartoon Network’s Dexter’s Laboratory (I think). Having learned about the 1948 Arab-Israeli War, the Suez Crisis, the Six-Day War and the Yom Kippur War in high school, I hadn’t realized that I had lived at the same time as one of the most momentous efforts for peace as it concerned Arab-Israeli relations. At least, that’s the narrative that The Oslo Diaries details as a World Cinema Documentary selection at Sundance.

Amid a new low in Palestine-Israel relations in 1992, each nation sent a secret delegation to Oslo, Norway, to negotiate a peace agreement. Israel occupied the Palestinian territories of the West Bank and Gaza. They still do. Palestinian rebel forces, principally in the name the Palestine Liberation Organization (PLO), committed acts of terrorism against Israel. Without parsing through what constitutes terror on either side, the two nations opposed each other, yet Arafat and Rabin sought a negotiation. As “fall guys”—due to the illegality of the meeting and the assured scorn from the public—Israel sent two history academics, at first. Palestine sent representatives close to Arafat. From there, the Palestinians surprisingly proffered a workable deal to the Israelis. Rabin then sent more traditional diplomats. As the talks proceeded, it leaked to the press. With shouts of treason coming at both sides’ leaders, including Foreign Minister Shimon Peres of Israel, the clock was ticking for a peace resolution. And the delegations settled on one.

The Oslo Diaries’ narrative skeleton comes from the diaries of the diplomats: Israelis Ron Pundak, Uri Savir, Yossi Beilin and Peres, and Palestinians Ahmed Qureia (Abu Alaa) and Hanan Ashrawi. The documentary pieces the course of events together fairly well, though it’s difficult to understand all the semantics of who said what at times and how it related to the bigger picture. During some of its confusing moments, it could have behooved directors Mor Loushy and Daniel Sivan to include some textual guides as to where each side was on the proverbial ledger of negotiations. As far as the film’s own bigger picture goes, the opposing sides of the delegations not only became friends but also guided Arafat and Rabin to mutual understanding, concessions and a commitment to peace. The subsequent tragedies spurred by their respective populi’s rejection of the peace accord, however, foiled their aspirations. Arafat received death threats; Rabin’s opposition in the Israeli government, led by future Prime Minister Benjamin Netanyahu, exponentiated. Though Rabin was just as much a politician as any and Arafat a militant rebel equally so, the diplomacy that the two and their cohorts exhibited was quite impressive. The Oslo Diaries displays a human propensity to connect and to protect, and the manner in which Arafat and Rabin conducted themselves indicated their dedication to secure their peoples and to respect each other’s.

The Oslo Diaries can feel a bit dry at times, though history enthusiasts will adore it. There’s sensitive news footage that depicts the casualties of attacks—it’s real, so this is a trigger warning in that regard. By and large, The Oslo Diaries serves as a reminder of the potential solutions that once existed in this fraught area of the world. As relations between Palestine and Israel have continued contentiously, revisiting the events that The Oslo Diaries covers is paramount. –Alexander Ortega