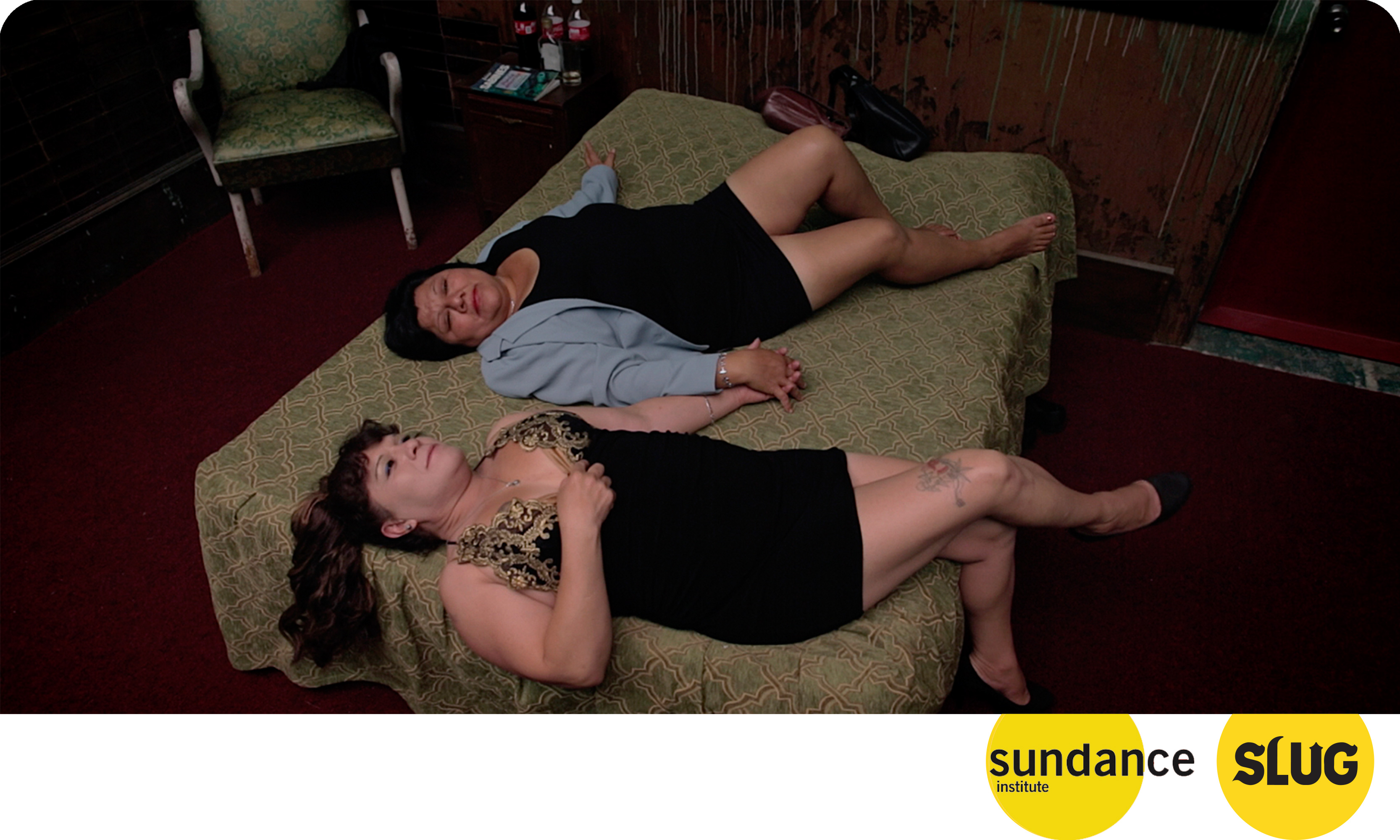 Age does not daunt the women in Plaza de la Soledad, who inhabit Mexico City as sex workers. Director Maya Goded interviews a swath of (close to) middle-aged women whose life experiences prove to be as much a mosaic as Mexico itself. Largely, they view their professions in prostitution as a livelihood through which they can maintain ownership of their destinies by their own means, without having to rely on socioeconomic artifices created by men—they avoid machísmo’s influence, to a certain extent. They radiate femininity amid their joys and hardships, and command it in dances and seduction techniques they render for men in vulnerable or low places. They provide family and support for each other, and they persist through the trials they face in their caste. Love songs enchant them.

Carmen relates her pregnancy at 12 years old and how she still didn’t know how her baby would actually be born as people informed her of the impending childbirth. She married Carlos for some time, whose father was a pimp. He was the one to cheat on her, but they sustain a close friendship. Esther was raped at age 8, and her mother—who demarcates herself as one who “demands respect”—opines that Esther had asked for it. Avoiding the emotional ambit of men, Esther coupled with Ángeles, and the two work the streets together, gaining clients and reflecting their love for each other as they become (playfully) jealous when men interact with the other. Once, a male cop hired Ángeles to give him a makeover as woman, which she obliged. Lety finds a man, Fermín, who loves her, but she must start a relationship with an octogenarian man instead for financial support. Raquel yearns for lasting love beyond the evanescent, platonic love she encounters so often. She has a great voice, too.

Goded approaches their stories as a collection of statuses about the topics that affect them, whether it’s their relationships with their family (through “the streets” or by blood) or each woman’s history as to how they arrived at their lifestyle. She organizes Plaza de la Soledad by alternating between each interviewee in turn, and lets the subjects speak for themselves. Each person before the camera illuminates the tough lifestyle she lives and the thick skin she’s grown in order to survive. Goded empowers the women in the film as they speak for themselves and about themselves in their cultural microcosm.

Plaza de la Soledad mostly functions as a collection of snapshots of the women in the film during the period in which Goded filmed it. What this documentary mostly offers in the way of potentially new information is that these women exist and operate as sex workers in their environment. Other information about elements that might affect them—like poverty or an undereducated populace—barely surfaces in a direct way through the narrative. There might have been important educational opportunities that Goded may have opted out of with the directorial choice for solely her subjects to voice the film. What does become particularly salient, though, is sexual violence that men perpetrate against (young) women and loneliness as a dire issue for these women as they become older.

Overall, Plaza de la Soledad provides a nice, humbling magnifying glass for the lives of sex workers. These women proclaim their humanity in a variant form of circumambulation around a communal plaza. They’re in touch with and proud of themselves, and their enduring sisterhood is remarkable.