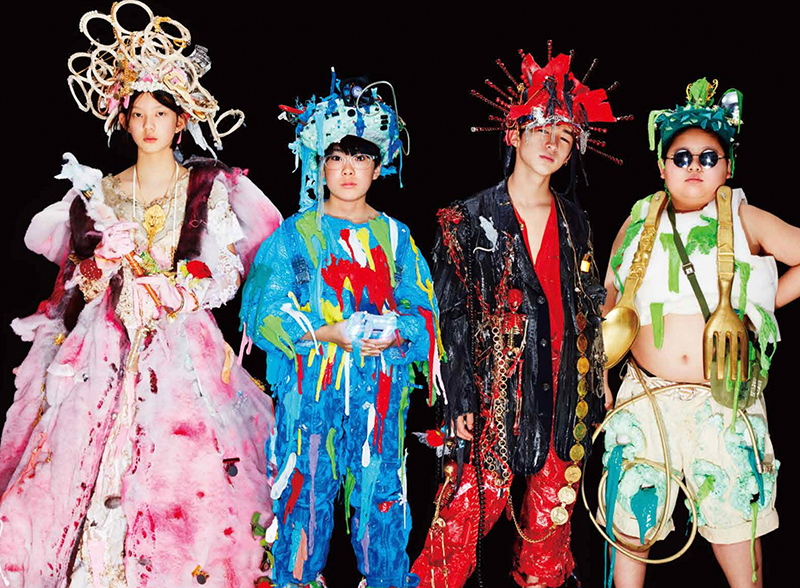 After becoming the first Japanese director to win the Short Film Grand Jury Prize at Sundance for his 2017 short And We Put Goldfish in the Pool., Makoto Nagahisa is back with his first feature-length film, WE ARE LITTLE ZOMBIES.

A punch-pop-stomp ride from start to finish, WE ARE LITTLE ZOMBIES chronicles four school-uniform-wearing strangers, averaging 13.5 years of age: Hikari, Ikuko, Ishi and Takemura. All four have lost their parents—to car crash, murder, suicide and gas explosion—and they meet at the crematorium. None have had very happy lives: The sorta-leader, the bespectacled Hikari, was bullied at school, watched his parents’ loveless marriage slowly deteriorate, and spent all his time alone, with only video games to keep him company.

Adopting the name from Hikari’s favorite handheld video game, the four orphans decide to call themselves LITTLE ZOMBIES, because they’re unable to emote. They don’t feel anything about their parents’ deaths, or anything about life at all, really. Alone and stuck, they team up and wreak a little havoc: stealing from a convenience store, hopping into a truck to play on Ikuko’s piano, running away from their school and family members, living large in a love hotel. After conquering these adventures—much as you’d conquer new levels on a tiny, pixelated game screen—the little zombies’ next quest is only obvious: start a band.

Decked out in colorful scraps with a garbage dump for their stage, the little zombies find a stranger with a cameraphone and make him record and post their doozy of a music video to Twitter. The LITTLE ZOMBIES may not be able to shed a single tear, but they do skyrocket instantly to fame.

Director/writer/composer Nagahisa fabulously unleashes his pop gimmicks and acrobatics here, cavorting from delightful 8-bit sequences to mini dream-dramas to mind-bending, alternate dimensions. Nagahisa toys with vibrantly hued humor, camp and the absurd, but he adds weighty, striking details to the zany: Takemura’s parents killed themselves because they were drowning in debt, and existential malaise, bloody revenge and (social media) mobs all come into the ring.

It’s hard to get over WE ARE LITTLE ZOMBIES’ dazzling production and edge-of-your-seat score and soundtrack. The four leads, Keita Ninomiya, Satoshi Mizuno, Mondo Okumura and Sena Nakajima, play the 13-year-old little-zombie rockstars of your dreams. Meanwhile, as sprawling and sporadic as Nagahisa’s script is, it remains sharply attuned to its four protagonists as they steer through grief and death, feelings and family, and how (or why) to get back into battle shape when life hands you a “game over.”

WE ARE LITTLE ZOMBIES premieres at the 2019 Sundance Film Festival in the World Drama category. For showtimes and more information, visit sundance.org and intl.nikkatsu.com. –Kathy Rong Zhou