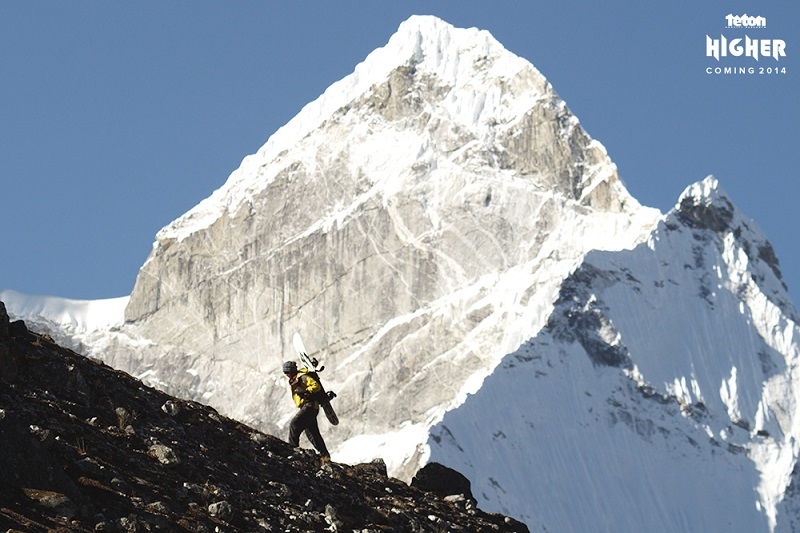 Jones and company made it their personal mission to show the world what kind of snowboarding was possible with limited mechanical assistance. Photo: TGR

In late 2008, Teton Gravity Research (TGR) rider and seminal shredder Jeremy Jones turned his efforts to producing a one-of-a-kind snowboarding trilogy. Every two years since 2010, Jones has been putting out stellar video productions highlighting his unique brand of backcountry antics that range from the insane to the inspiring. Deeper and Further, his first two films, pushed the limits of what audiences thought possible. Jones and company made it their personal mission to show the world what kind of snowboarding was possible with limited mechanical assistance, i.e. helicopters and snowmobiles. For 2014, Higher was released to the masses and the action never ceased to amaze.

Sitting in a crowded IMAX theater at SLC’s Clark Planetarium, I gazed upon the silver screen to see Jones’ masterpiece come to life. The film’s timeline transitions between reflecting on Jones’ upbringing as a Cape Cod, Mass. grom bent on making a life out of snowboarding and highlighting his globetrotting exploits. Interviews with family members depict his enthusiasm for the sport and his propensity to seek unlikely adventures. Under the tutelage of his older brothers and legends like Doug Coombs, Jones cut his teeth skiing the iconic peaks of Alaska and Wyoming. For Higher, Jones returns to his training grounds to tick off massively exposed lines in the Tetons and Alaska ranges. Watching his on-mountain prowess displayed on a three-story screen was as visceral an experience as riding in the helicopter that filmed many of the segments. To think that he and his crew of riders, which includes the talents of Bryan Iguchi, Ryland Bell and Luca Pandolfi, accomplished every undertaking by their own power is astonishing.
The final 40 minutes of the film finds the crew in the Nepalese Himalayas. They are in search of Shangri-La, a massive 50-plus degree fluted face that tops out over 21,000 feet. Their porters refuse to believe that they have come here to ride a line that borders on the unimaginable. For nearly a month, the team acclimatizes and waits for optimal weather and snow conditions. During one foray onto the slope, Jones gets flushed by his own sluff and takes a terrifying ride. Coming to rest on a debris pile over 2,000 feet below, Jones is shaken, but unharmed. His partner, Pandolfi, watches in horror as the event unfolds. “Jeremy is the spine master. What the fuck am I supposed to do now,” laments Pandolfi. He takes a slightly more conservative line and makes it to the bottom without incident.
With his resolve galvanized, Jones returns day after day to the spine wall to make his first descent of the towering face. After a mind-numbing weather event that forces him off the line, Jones returns a final time to attempt the impossible. The ensuing events kept me on the edge of my seat, and I urge you to see the film to witness the madness for yourself.
Bottom line: Jeremy Jones has set the big-mountain bar at an all-time high and admits that he will not be the one to raise it again. His challenge for the next generation of inspired riders is to take the torch and light the way toward greatness.
Photos: