SLUG Mag Soundwaves
Episode #392 – Homephone
00:00 / 17:29
Spotify Stitcher
RSS Feed
Share
Link
Embed
The energy and spirit of the local population is admirable and it was in full force at the premiere of Teton Gravity Research's (TGR) Way of Life. Gathered under the stars at SLC's Gallivan Center, the energetic crowd came to see the latest offering from the perennial favorite. 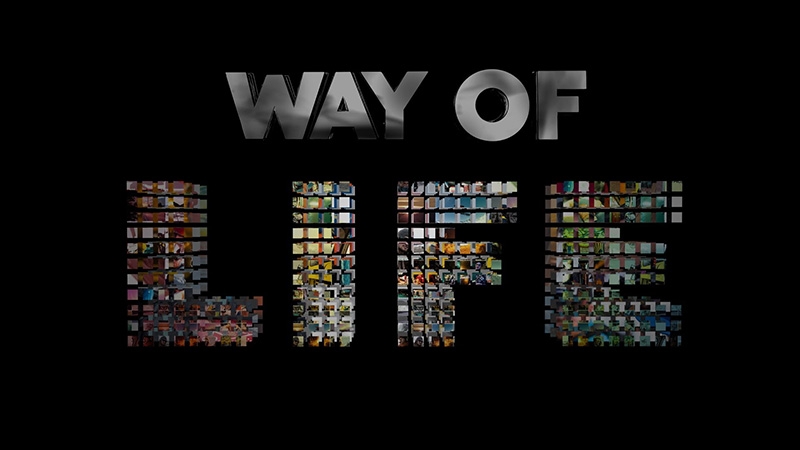 Snow has returned to the mountains of Utah and the stoke factor of every rider is through the roof. A few crazy individuals have even tempted fate by heading into the hills to ski the shallow coverage. The energy and spirit of the local population is admirable and it was in full force at the premiere of Teton Gravity Research’s (TGR) Way of Life. Gathered under the stars at SLC’s Gallivan Center, the energetic crowd came to see the latest offering from the perennial favorite. TGR athlete Angel Collinson was on hand signing autographs and I had a chance to catch up with her before the show. “This is the start of my third year with TGR. Working with them has been so fun and their athletes consistently crush it. In the field, they organize and execute,” said Collinson regarding her experiences with the company.

A perfect venue for such a premiere, we sat on the lawn as the Bohemian Brewery beer garden cranked out the suds. A stellar selection of prizes was also given out to the crowd by some of the film’s athletes. Then the lights went low and the screen illuminated with stunning visuals. A proper opening scene is a good way to get the audience amped for a movie. What we witnessed was mind blowing. Larger-than-life Alaskan peaks appeared before us, and a small team of athletes laid siege to the mountain. Three-thousand-foot descents of glorious powder awaited them and the crowd went wild with every turn.

The film then moves from the high alpine into the sublime forest as it follows athletes Dash Longe and Tim Durtschi to British Columbia. These lucky gentlemen find themselves at a snowcat lodge deep in the wilds surrounded by acres of deep pow. They creatively craft lines through endless pillows as the snow continues to come down. What a life.

Next, the cast relocates to the Austrian Alps where the dudes outnumber chicks and the beer is never in short supply. The common factor is that everything revolves around skiing. Secure in their mountain stronghold, the Austrians have made skiing an integral part of the culture. The teams of skiers and snowboarders that find their way to the summits are greeted with a myriad of descent options. Steep couloirs, huge alpine bowls, and perfect glades keep the athletes entertained for weeks. Young and old rejoice in the freedom of the hills as they find one adventure after another.

One of the highlights of the movie is when the crew returns to Alaska for Fantasy Camp. The remote outpost comes to life in a startling time lapse that reveals just how much work goes into creating a semi-permanent settlement for the world’s top skiers. Platforms and tents are meticulously constructed to serve as the base camp for the next six weeks. Athletes are shuttled in via single engine aircraft and their mission is simple: ski, camp, drink, blow shit up, repeat. Untapped terrain serves as the daily grind. For the evening, visit the sauna tent, grab some keg beer, and then sit back and enjoy the fireworks. Every day is a Saturday and every line is a first descent.

In true TGR fashion, the film showcases a hometown segment shot in Jackson Hole, Wyoming. Locals in J-Hole are a different breed and they must survive cold winters on meager paychecks. Their reward is cashing in on the pristine snow and challenging terrain the Tetons have to offer. Even young shredders like 14-year-old Daniel Tisi throw down with the mightiest of pros. It is awesome to witness the collective dreams of so many riders come to fruition once the snow starts falling.

After the show, I checked in with long-time TGR athlete and former local Sage Cattabriga-Alosa. He shared his thoughts on the film: “I’ve been with TGR since 2002 and it has been an awesome experience. My first trips were with pros like Jeremy Nobis, and I was just in learning mode, absorbing all the info I could. Now I am the Vet taking others under my wing, trying to share my wisdom.” He also admits that the Wasatch is still his home and he always loves coming back to just ride with his friends. Check out tetongravity.com for more info and tour schedule.