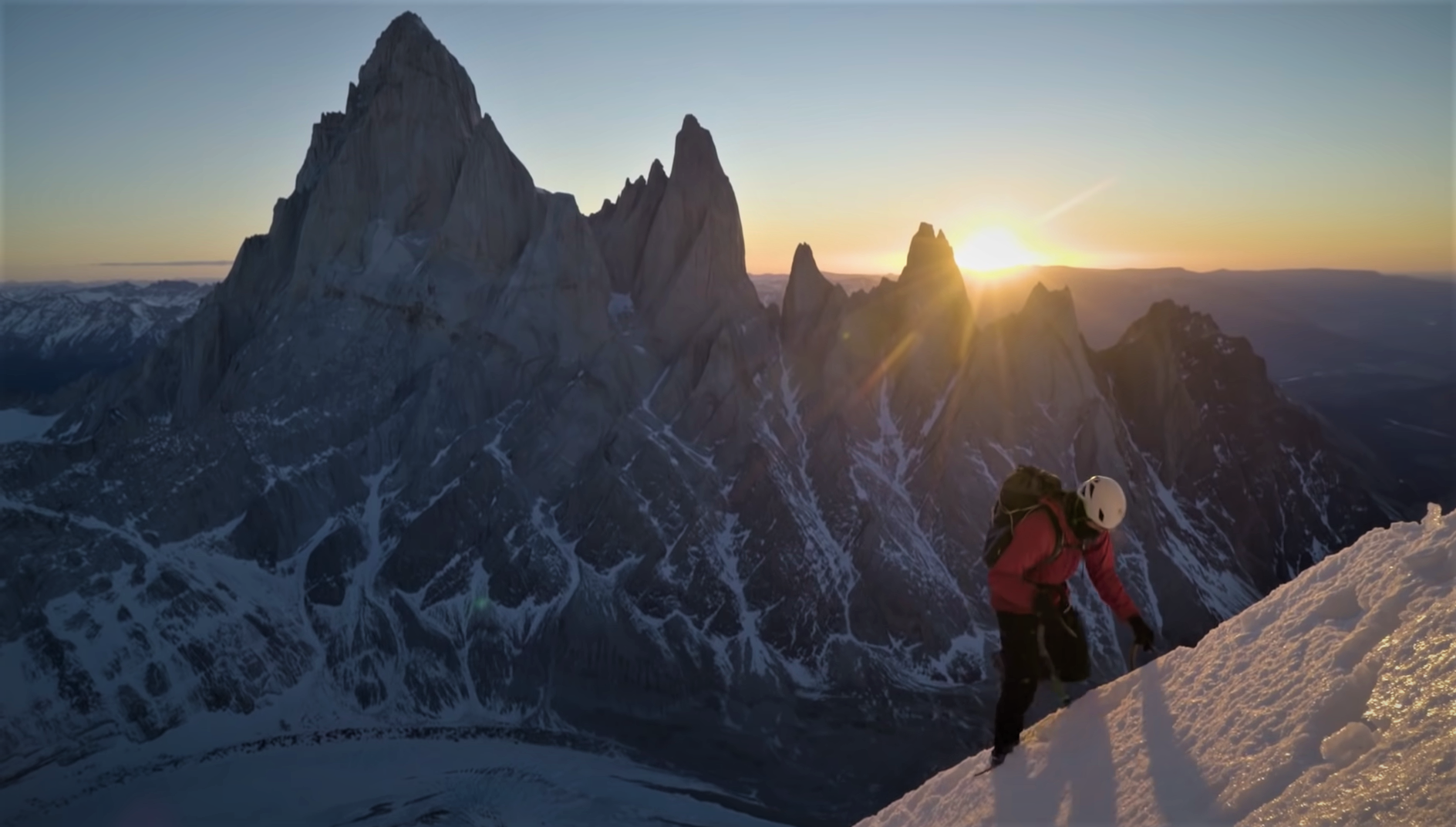 On remote alpine faces, the free-spirited, 23-year-old Canadian Marc-André Leclerc climbs alone, far from the limelight. He makes some of the boldest solo ascents in history, but draws little attention. The Alpinist tells the story of Leclerc’s lifelong obsession with finding his own adventures in the mountains. It follows him—or, perhaps more accurately, does its best to follow him—as he travels from peak to peak with no cameras, no rope and no margin for error.

Leclerc’s approach is the essence of solo adventure. Nomadic and publicity-shy, he doesn’t own a phone or car, and is reluctant to let a film crew in on his pure vision of climbing. Filmmakers Peter Mortimer (The Dawn Wall) and Nick Rosen (Reel Rock) set out to make a film about Leclerc, but they struggle to keep up with their own elusive subject as he disappears for months at time, making some of his most daring climbs while deliberately keeping them in the dark. And why does he do this? Quite simply because, in Leclerc’s mind, if he’s not alone, it’s not solo-climbing.

The Alpinist is the definition of the documentary as entertainment, a white-knuckle rush of adrenaline which doesn’t stoop to sensationalism or cheap narrative trickery. Like Not Going Quietly, the recent documentary about activist Ady Barkan, The Alpinist quite literally documents, capturing the story as it unfolds instead of backtracking, and there’s something about that approach that I find refreshing and incredibly exciting. While The Alpinist can’t compete with the human drama of Not Going Quietly, it’s able to offer breathtaking climbing footage that truly has to be seen to be believed. This footage brings with it a level of suspense that few action blockbusters can hope to compete with, because everything we see here is 100% real.

Interestingly, the film also asks: Is free climbing a daring form of heroism or an idiotic, ego-driven death wish? What makes Marc-André Leclerc such an interesting protagonist is that it’s really neither for him. He’s not the testosterone-fueled, attention-seeking rock jock you’d expect him to be, though he is certainly quite eccentric in his own way. The film tries to balance a celebration of the achievement of solo free climbing with some acknowledgment of the questionable choices that come with it, and it succeeds, though it doesn’t dwell too much on the latter.

The Alpinist vies neither to judge Leclerc nor go too far on trying to sell him as some sort of hero. Instead, it simply presents him as a driven and quirky guy. But fair warning: the movie does pack more emotion than you might expect if you’re not familiar with Leclerc’s story, and the astounding high-altitude photography may be too much for viewers with serious acrophobia.

This film is a gripping experience that makes you feel like you’ve been somewhere and had a taste of something extraordinary. It’s a shame that it’s not playing in IMAX theaters, as that would make for an amazing experience. But wherever you see it, The Alpinist is an excursion that you won’t easily forget and an effort worth taking, provided you remember that going to the theater should be done with the proper safety equipment. –Patrick Gibbs