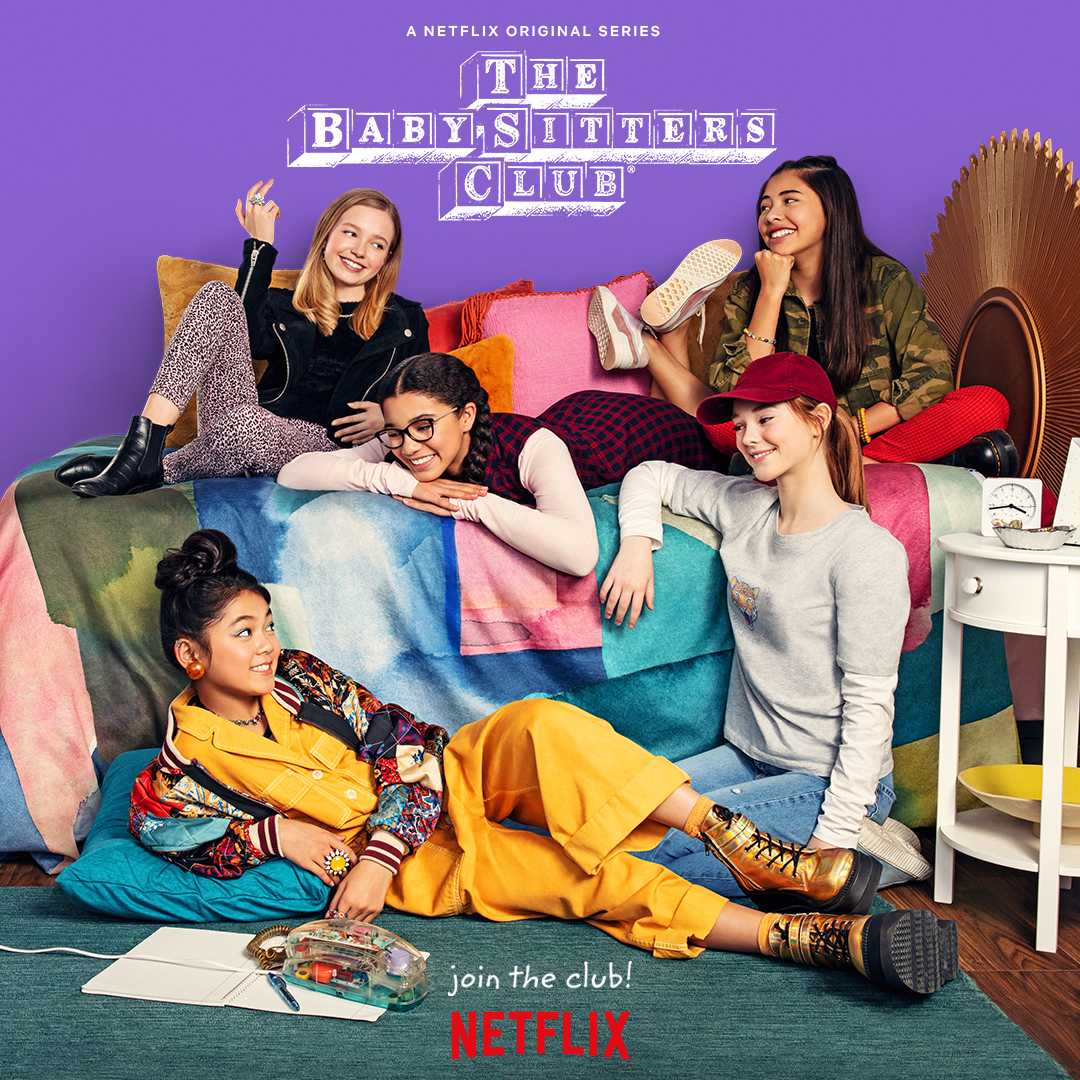 The Baby-Sitters Club
Created for Television by Rachel Shukert

Everyone seems to be obsessed with nostalgia these days, and sometimes I wistfully long for my youth, when it was a less prevalent force in entertainment media. Then again, maybe it wasn’t: I have a tendency to view that period through rose-colored glasses.

When I was in my early teens, we had approximately 18,000 of Anne M. Martin’s Baby-Sitters Club books lying everywhere about the house, because my sister was constantly reading one. And with that many of these things everywhere you looked (even for a known boy such as myself), it was hard to avoid the natural tendency that any book has of falling open. It’s entirely possible that some of the words may have spilled out and landed in my eyes, to the extent that I might—to this day—know which girl was which and what title she held in the club, through no fault of my own.

Netflix’s new series follows the friendship and adventures of Kristy Thomas (Sophie Grace), Mary-Anne Spier (Malia Baker), Claudia Kishi (Momona Tamada), Stacey McGill (Shay Rudolph) and Dawn Schafer (Xochitl Gomez) as a group of middle schoolers in Stoneybrook, Connecticut. When Kristy’s mother (Alicia Silverstone) has trouble finding a last minute babysitter, an idea is hatched: What if you could call just one number and find a club that would coordinate schedules, so they always have at least one sitter available at all times?

This series is very faithful to the source material, while updating it for the times. From the addition of cell phones to a more overt feminist streak and a strong emphasis on diversity, this is The Baby-Sitters Club for today. There are a few gay characters and a transgender child, which have all been added smoothly and sensitively without feeling forced.

I’ll admit that I have a soft spot for the source material, especially because it reminds me of my sister: With regular movie buddy hangouts not happening, what with the whole plague thing, I’ve been dying to watch this with her. But The Baby-Sitters Club is just flat out good television. It’s entertaining and, at times, surprisingly sophisticated. It’s far above average for shows aimed at this demographic—if you don’t believe me, I dare you to try watching Fuller House—and the young cast is wonderful.

In particular, Grace is a natural leading lady as Kristy, showing solid comic timing, and Tamada and Rulpolph stand out as rising stars (you may recognize Rudolph as the best thing about season three of Lethal Weapon). The grown up cast is almost as good: Silverstone has nice chemistry with Grace, but I was more partial to the supporting players, especially Marc Evan Jackson (Brooklyn 99) as Marianne’s uptight father. Also notable is the wonderful Karin Konoval as Dawn’s colorful Aunt Esme, aka Morbidda Destiny, who definitely needs to be given more screen time in future seasons.

The Baby-Sitters Club is aimed at a target audience of 9–14, but it really can be enjoyed by the entire family, because it’s smart, lighthearted fun with an infectiously upbeat spirit. In fact, it’s vaguely possible that my Netflix account may have accidentally opened itself up a couple of times to start binging it again, without even waiting for my sister … but through no fault of my own. –Patrick Gibbs