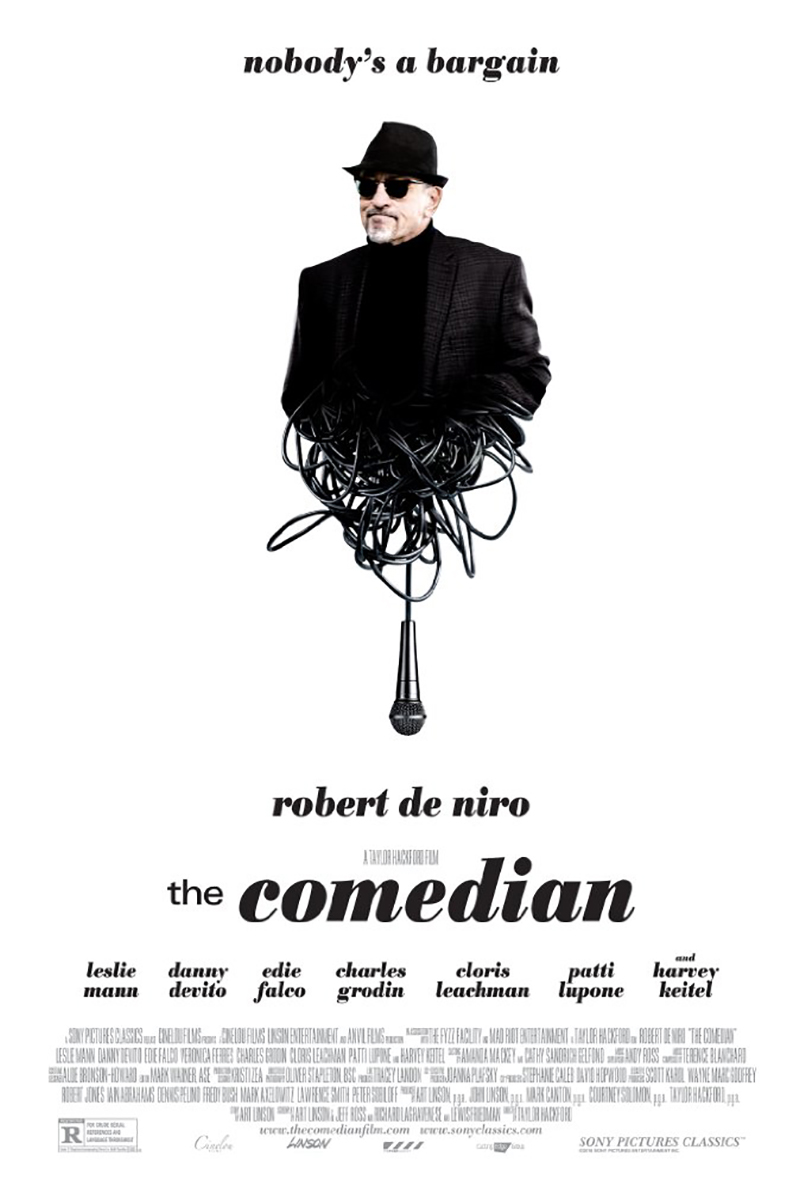 It’s easy to overlook the fact that Robert De Niro can be pretty damn funny when he wants to be. In The Comedian, De Niro takes on the role of Jackie Burke, an aging comedian running from the sellout skeletons in his closet years after his career on a popular sitcom. After assaulting an obnoxious heckler during a standup routine, Burke is slapped with a community service sentence where he meets Harmony (Leslie Mann), who is also working off an assault charge against her ex-boyfriend. Jackie’s effortless charm among the homeless community with whom they work wins Harmony over, and the two strike up a friendship. Mann’s mix of comedy and drama gives De Niro a run for his money, but their onscreen relationship zigs when it desperately needs to zag. On the outskirts of this comedic character study, The Comedian boasts one hell of a supporting cast. Danny DeVito is fantastic, albeit underused, as Jackie’s brother, henpecked by his wife Flo (a viciously funny Patti LuPone). Harvey Keitel’s sleazy turn as Harmony’s father, a perpetual asshole of a retirement-home mogul, creates nigh unbearable awkwardness in his scenes with Jackie. It’s a cast that could take any premise and make it watchable, but it helps that they’re working with a nicely crafted screenplay (compliments of Art Linson, Jeff Ross, Richard LaGravenese and Lewis Friedman). It’s a script that subtly reveals the heart within Jackie’s R-rated stand-up routines—with the exception of Jackie’s performance at a retirement home, which veered into a joke cycle that one might see on Family Guy (hint: He changes the words to the song “Making Whoopie” to “Making Poopie.” Hardy-har-har). Goofy song parodies aside, The Comedian is the kind of solid mid-budget adult comedy that seems to be losing ground in today’s megaplexes, and it’s honestly quite refreshing to see how these talented actors interpret the world of stand-up comedy. –Alex Springer