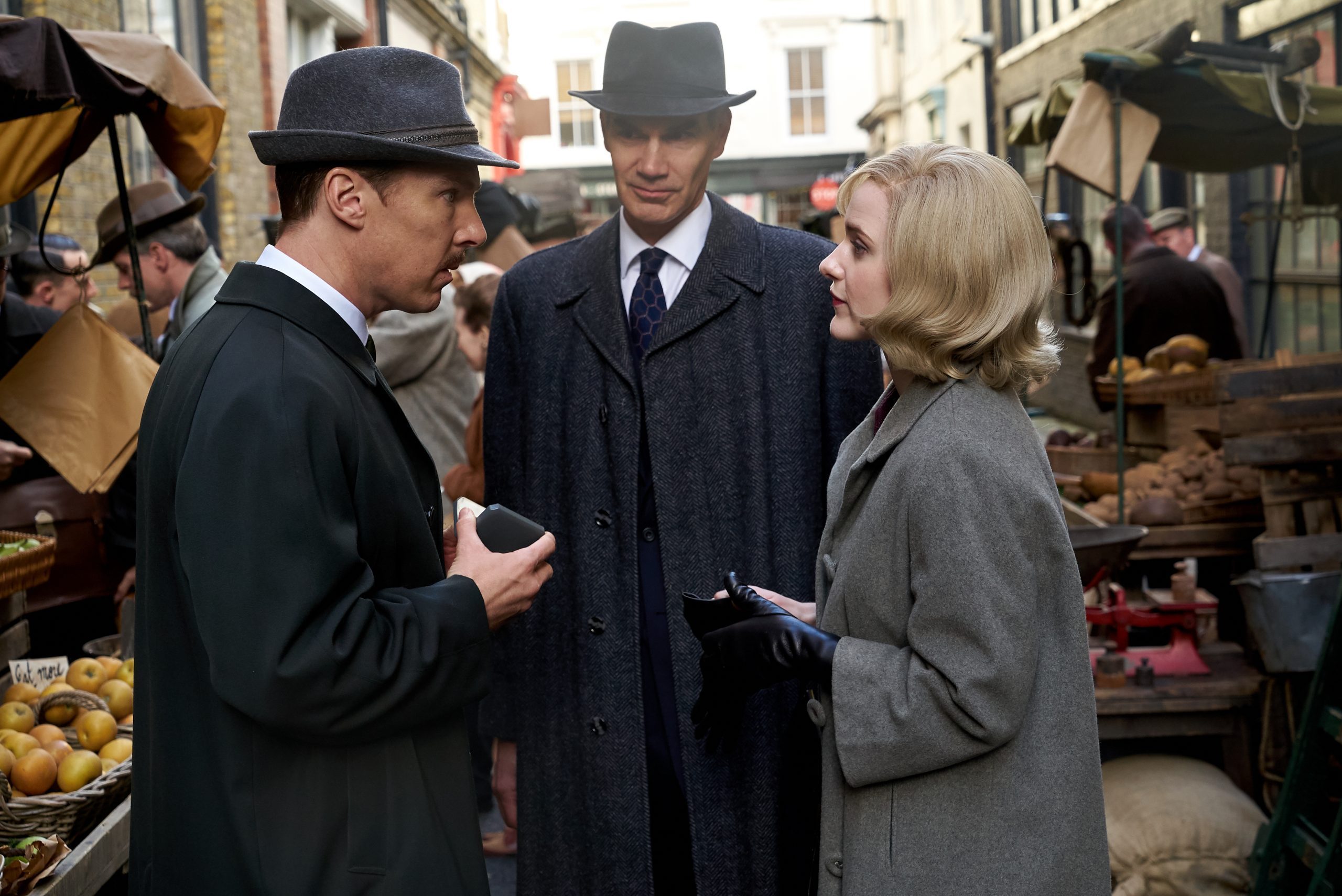 Photo Courtesy of 42 and FilmNation Entertainment

42 and FilmNation Entertainment
In Theaters: 03.19

While we are waiting for the long-delayed release of the next 007 film, No Time to Die, there’s another film about a British superspy to tide us over, albeit a decidedly different one. The Courier is the true story of Cold War hero Greville Wynne, who helped prevent nuclear war.

Wynne (Benedict Cumberbatch, Imitation Game, Dr. Strange, The Mauritanian) is an unassuming British businessman who is recruited to one of the greatest international conflicts in history, namely the tension between Russia and the U.S., communism versus capitalism, in the 1960s. At the behest of MI-6’s Arthur “Dickie” Franks (Angus Wright, Cutthroat Island, The Iron Lady) and CIA operative Emily Donovan (Rachel Brosnahan, The Marvelous Mrs. Maisel, I’m Your Woman), Wynne makes a series of “business trips” to Moscow and forms a covert partnership with Soviet officer Oleg Penkovsky (Merab Ninidze, McMafia, Jupiter’s Moon) in an effort to provide crucial intelligence needed to prevent a nuclear confrontation and diffuse the Cuban Missile Crisis.

Director Dominic Cooke (On Chesil Beach) helms this procedural thriller with skill and aplomb. While it takes a bit of time to really hook you in, The Courier becomes a low-key nail biter, an involving film that nicely details the realities of intelligence work during a tumultuous era. Cumberbatch is reliably excellent in the lead role, proving once again that he’s one of the best of the best. But I must admit that Brosnahan stole the movie for me, and I love seeing her get the chance to mix things up.

Jessie Buckley (I’m Thinking of Ending Things, Missbehaviour) is compelling and sympathetic as Wynne’s long-suffering wife, and Ninidze has a terrific presence. But perhaps the best thing The Courier has going for it is the formidable editing skills of Tariq Anwar (American Beauty, The King’s Speech), which gives the film a tightness and builds the suspense to to a thrilling crescendo, despite it being far from a showy action film.

The screenplay by Tom O’Connor (The Hitman’s Bodyguard) does the job, but it could have delved a bit deeper into the characters. There’s a plot element involving Wynne’s past transgressions as a husband that’s interesting but not as fully developed as the dramatic element it could have been, and Cuberbatch and Buckley miss out some potentially great moments because of it. The atmospheric score by Abel Korzeniowski (Nocturnal Animals, The Report) does an excellent job of setting the tone for the film, especially if you like somber Russian music.

The Courier isn’t going to be an Oscar contender or a blockbuster, but it’s a solidly entertaining thriller that is another feather the cap of both Cumberbatch the actor and Cumberbatch the producer. This film should prove quite satisfying to those who do see it. If history and international intrigue are your thing, than The Courier is well worth your time. –Patrick Gibbs