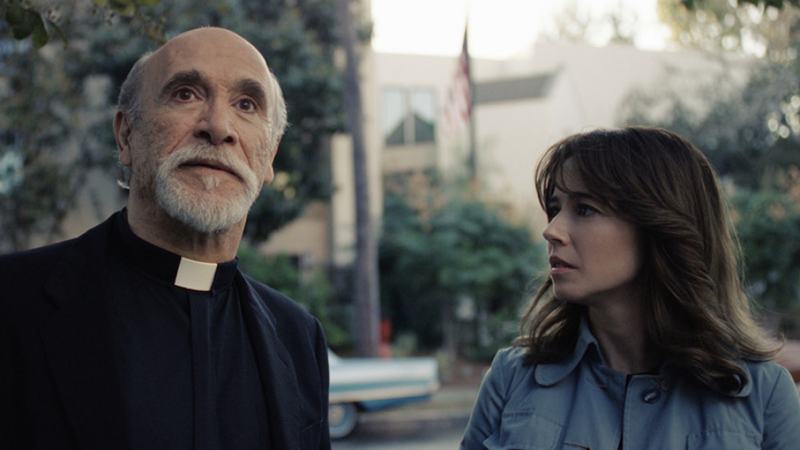 It seems that while one section of Hollywood continues to create ever-expanding, massive blockbusters with gargantuan budgets, another portion is focusing on delivering a thrilling experience without breaking the piggy bank. With The Curse of La Llorona set in the Conjuring universe, this real or “real” (however you want to acknowledge it) urban legend based in Mexican culture is the focal point of director Michael Chaves’ attempt to make you spill your popcorn or grip your date’s arm with unanticipated strength.

The Curse of La Llorona is set in the 1970s, with Anna Tate-Garcia (Linda Cardellini) and her two children doing their best to move forward in life after the death their husband/father. Anna works in child-protection services, and when a known client appears to be abusing her children, they are taken away—only to be mortally taken away by the demon known as La Llorona. As items move unexpectedly on their own and shadows shift in the background, Chaves primarily uses standard jump scares to keep the audience engaged in this mild-mannered endeavor. While La Llorona continues her escapades to lure children into water one way or another (i.e., pools, bathtubs, streams, etc. …), Anna secures the assistance of rogue shaman Rafael Olvera (Raymond Cruz) in order to cleanse her house of evil and keep her children breathing.

Many parents ask about whether or not their children can see particular movies. I don’t have children, so I take an educated guess. While The Curse of La Llorona is rated R, it seems low-key with respect to the absence of the ultra-violence and gore we are used to nowadays with this genre. Chaves does his best in trying to connect it to the universe’s other  films, but nothing truly sticks when it comes to the slight references. It’s refreshing to witness a spooky tale in the ’70s, which was a time already typified by unsettlement, but the lack of technology makes for a slightly unnerving adventure. Will young audiences see similarly aged kids in peril? Absolutely, but it could teach them a life lesson. After all, that’s why this entire story exists—to get children to behave. So, on that note, take your offspring to see a mediocre haunt, and maybe they’ll walk away better for it—or maybe they’ll have the desire to see a truly scary horror flick. –Jimmy Martin