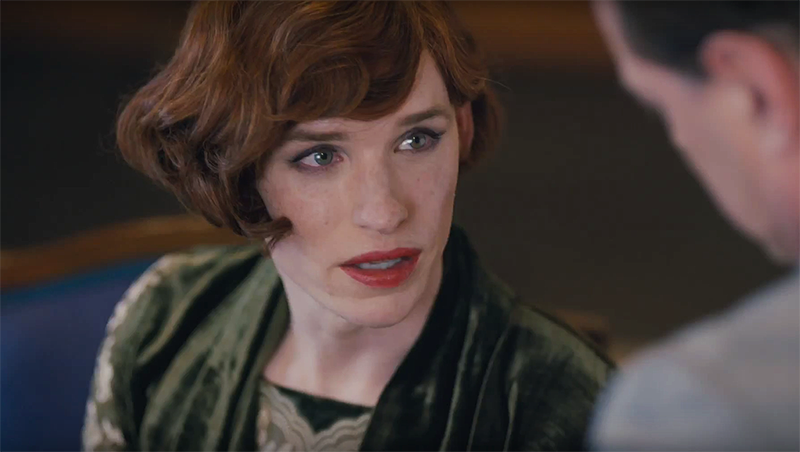 It’s been a little more than 20 years since Tom Hanks won back-to-back Oscars for Best Actor for Philadelphia and Forrest Gump, but the rare occurrence may happen again in two months with Eddie Redmayne’s magnificent performance as the real-life pioneer in the transgender community, Einar Wegener/Lili Elbe. Director Tom Hooper beautifully captures the true story of Einar and Gerda Wegener’s marriage as the former begins to discover and unearth her true identity and the ramifications it has on the couple and their future. After winning the Academy Award last year for his performance in The Theory of Everything as Stephen Hawking, Redmayne continues to shine with a less-is-more approach as he observes various females’ forms and mannerisms and changes his own posture and body language instantly. Along with Redmayne’s captivating performance, which truly transforms with the blink of an eye, Alicia Vikander deserves just as much recognition for her devoted portrayal that emits love and acceptance as well as betrayal and pain. Audiences stand by her side with a “What would I do?” perspective as she must decide what is right for the love of her life. As the couple moves forward with Lili becoming integrated into their lives, the notion of Einar becoming the first sex reassignment surgery recipient arises, and the realities of the risks come to the fore. In Hooper’s typical style, he tells the story straight and to the point, with little artistic creativity. The production completely relies on the ability of the actors, and it would not be surprising to witness the two young leads clinking their golden statues together on Feb. 28, 2016. Hooper and Redmayne unveil the tough realities that members of the transgender community must endure in their lives with misinterpretations and discrimination, but also show a lovely outcome, delivering a message of acceptance and equality, which is something widely needed in this world. –Jimmy Martin