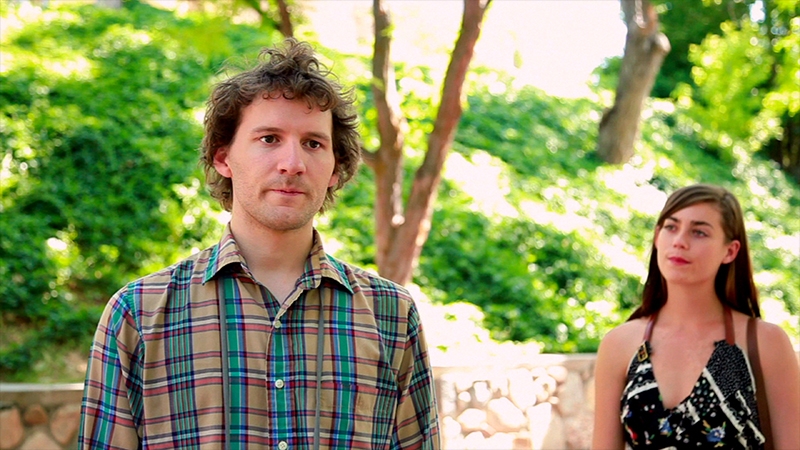 The Davey Foundation: Looking Ahead and Inspiring

Over the next two days, The Davey Foundation will be presenting a pair of events that will focus on filmmaking—bringing up new names and discussing the art form. Tonight, they’ll take over the Tower Theatre to present films by Ben Kegan, Dustin Defa and Kenny Riches, along with foundation grantees Rob Tennant and Carleton Bluford. Then, on Thursday they’ll present a panel discussion at UMOCA between Defa, Riches, Patrick Waldrop, Rebecca Thomas, Amanda Stoddard and Patrick Fugit.

In the wake of David Fetzer’s passing in December 2012, his family and friends worked together to form The Davey Foundation. The non-profit launched in late 2013 with the goal of promoting and supporting independent film and theatre productions through funding and various mentoring techniques.

Kegan was one of the first recipients of the foundation’s grant system, already in grad school working toward a film major. With his cinematographer, Chandra Silver, he came across the foundation in a list of grants. The big attraction to applying for the Foundation was that the grant focused specifically on short films—a rarity in funding circles—with an emphasis on collaboration and community, which fit very well within his setup.

“We were looking for outside grants,” says Kegan. “One of the things about filmmaking is that it’s expensive. It costs so much to do, not even necessarily with the special effects—just feeding people and housing people, transportation and just kinda the basic stuff.”

Kegan’s film, The First Men, is based on a Pushcart Prize winning short story by author Stacey Richter, in which a school teacher with a drug habit who is about to be killed, and lets loose into a speech about denial and avoiding responsibility. Kegan reached out to Richter to make a film adaptation of the story for their thesis project at Columbia University, utilizing both the grant and an IndieGoGo campaign to fund the entire project.

“It affected me and it had some of the things I’m drawn to. In terms of the type of humor, it’s dark, it’s sort of sarcastic, but it has a sort of heart to it. In terms of the relationships, it’s about a mother and a daughter with the mall and these students, issues of denial within this crazy world. So for me, I really liked the story, it had solid characters and was the sort of thing I wanted to bring to life, combined with my view of the world,” says Kegan.

The other half of the events is the panel at UMOCA, featuring local filmmaker Stoddard as one of the panelists. No stranger to the film community, Stoddard has been involved with filmmaking for over a decade while earning her degree from the University of Utah. Her most recent major project was an idea for a television show that blossomed into the 2011 documentary film “One Revolution.” The film focuses on Chris Waddell, a famous Paralympic champion from Utah who decided to climb Mt. Kilimanjaro in Africa.

“At the time there were three to four guys who tried to climb it as paraplegics with just their arms, but nobody had actually made it to the summit,” says Stoddard on planning the project. “So Chris decided he wanted to do that, we just started filming some stuff and it grew from there, and turned from this very small project into a real film.”

Stoddard and her crew followed him up the mountain three times in his attempts, with the crew recognizing that the third climb would eventually be the film. Having worked on it for nearly three years at this point, the main focus at the time was coming off the mountain with something after two previous attempts, making the experience very frightening in several ways but also a cool experience for all involved. Stoddard learned valuable lessons along the way about filming at altitude, traveling to a less developed country with a film crew, and the process of making a feature-length documentary. The film showed all over the world in places like Russia, Italy, China and across the U.S.

“The film sort of speaks to resilience in a way that people respond to. It’s not really a film about disability, its about resilience, being thankful and asking for help. I think those are the messages that really fit with The Davey Foundation, that resilience and getting up after something bad happens, and I think that’s what Betsy [Ross] (Fetzer’s mother) kinda saw in the film that she responded to.”

The film showing will take place at 7 p.m. tonight, Dec. 12, at The Tower Theatre. Tickets are $15 at the theatre’s ticket office. A silent auction will be happening throughout the evening with proceeds going toward The Davey Foundation. The Thursday panel will be completely free to attend at UMOCA, with foundation mercy, balloons and beer for those looking to help support the cause.