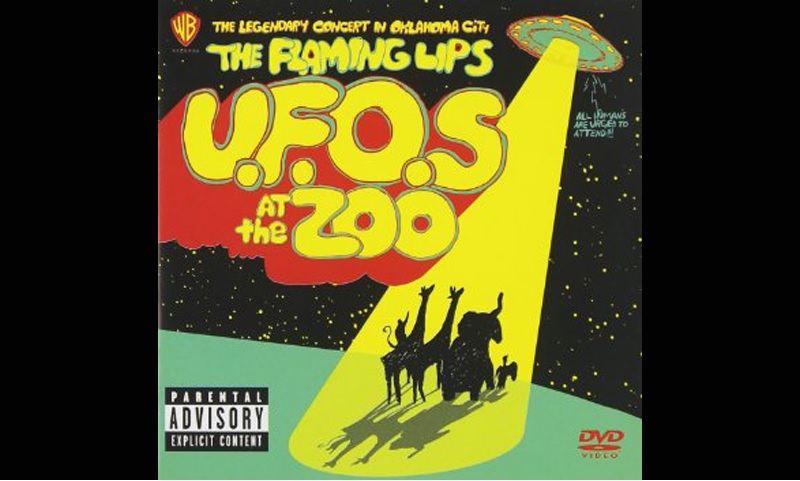 The Flaming Lips
U.F.O.s at the Zoo: The Legendary Concert in Oklahoma City

Fans have been waiting a long time for this; a concert DVD that lives up to the unique live The Flaming Lips experience. The changes the Lips have undergone over the years don’t constitute a reinvention of style, but instead a realization of vision, and their live shows are proof of this. You may have heard about the beach balls, the dancing troops of aliens and Santa Clauses, or even how lead singer Wayne Coyne is known to descend onto the crowd in a giant plastic bubble, but seeing it is a different story. These on and off stage antics are no novelty, it all amounts to a carefully crafted aesthetic of color and music, an other-worldly operatic experience unlike anything since they heyday of George Clinton. Intercut throughout are behind the scenes vignettes shot the day of the show. We see Coyne tinkering with the giant spaceship the band plans on entering the stage in that night, as well as interviews with often eccentric and excited fans (the show takes place in Oklahoma City, the band’s hometown). The result is something rare: a concert DVD worth watching over and over again. -Jeff Guay