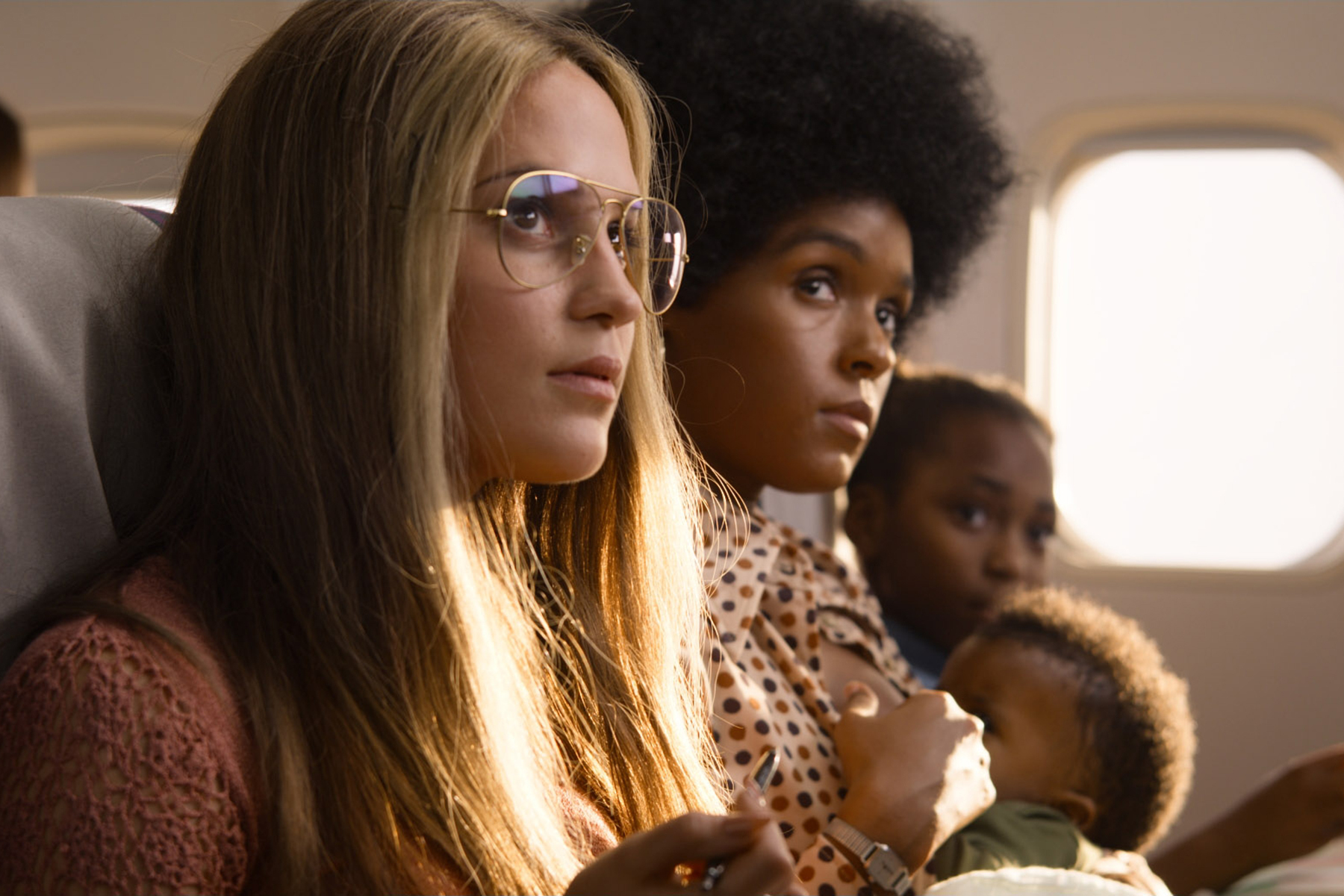 A director needs a gimmick like a fish needs a bicycle.

There was certainly pressure put on director Julie Taymor, creator of Broadway’s high concept treatments of The Lion King and Spider-Man, to make certain that her latest film was something more grandiose than the very solid biopic that the script she co-wrote with Sarah Rule could have easily delivered, but it did not come from critics or a studio; as always, it came from Taymor herself.

Gloria Steinem, one of the key figures in American feminism, has lived quite an extraordinary life, and her passion, determination and bravery have left an indelible mark on one of the defining issues of more than a century: equal rights and equal treatment for women. The Glorias, based on Steinem’s memoirs, My Life on the Road, recounts her life from her early childhood in 1940s Ohio to her leading role in the women’s liberation movement. The framing device for this time-jumping narrative is a Greyhound bus ride—shot in black and white—while the images seen through the window are saturated with color. Among the passengers on the bus are Gloria (Ryan Kiera Armstrong), a sad little girl; Gloria (Lulu Wilson, Becky), a young teenager; Gloria (Alicia Vikander), a 20-something who is occasionally in her thirties, and Gloria (Jullianne Moore), who covers the 40-and-up age range. The Glorias all interact, asking questions, sharing observations and generally basking in the warm glow of psychedelic pageantry of Taymor shamelessly showing off her supposed genius. Meanwhile, outside the windows, there’s a movie going on.

The Glorias is a very involving movie at that, because Steinem’s story, is fascinating. When she puts storytelling first, Taymor is quite a good director. By nature, biopics tend to be fragmented, and with this one jumping back and forth through time, it’s impressive that it manages to avoid choppiness as much as it does. The first hour alone jumps from Ohio to India to New York during Steinman’s childhood, as her eccentric father (Timothy Hutton) drags the family from town to town, from one failed venture to the next, until his long-suffering wife (Enid Graham) has a nervous breakdown. After graduating in her 20s, Steinman travels to India, where she hears horrifying stories about the subjugation of women. She then works as a journalist, which leads her to activism, which leads her to immortality.

I’d be lying if I said that there was nothing at all about the more experimental sequences that worked for me. The concept that we are made up of the different incarnations of ourselves at different points in time is an intriguing one, and there are scattered moments when it hits on something. But there are others that veer so dangerously and even comically off course that I couldn’t help but imagine Keanu Reeves at the front of the bus, warning the driver that if the vehicle slows down below pretentious, it will explode.

The performances are excellent, though Vikander’s American accent reaches Kevin Costner levels off awkwardness and sounds vaguely like she’s from Dublin most of the time. But she’s still great, as are Wilson and Moore. Armstrong is very effective but her screen time is kept pretty minimal, while Hutton gives his most memorable turn in decades, and the underused Graham left me wishing the character had been more fully explored. Bette Midler as Bella Abzug, Janelle Monáe as Dorothy Pitman Hughes and especially Lorraine Toussaint as Flo Kennedy are marvelous, and with the importance and timeliness of the message, pluses outweigh the minuses enough for me to recommend The Glorias. It’s just a shame that Taymor has become so stifled by the self-imposed pressure to be an eccentric visionary that it prevents her from ever truly being a great director. –Patrick Gibbs