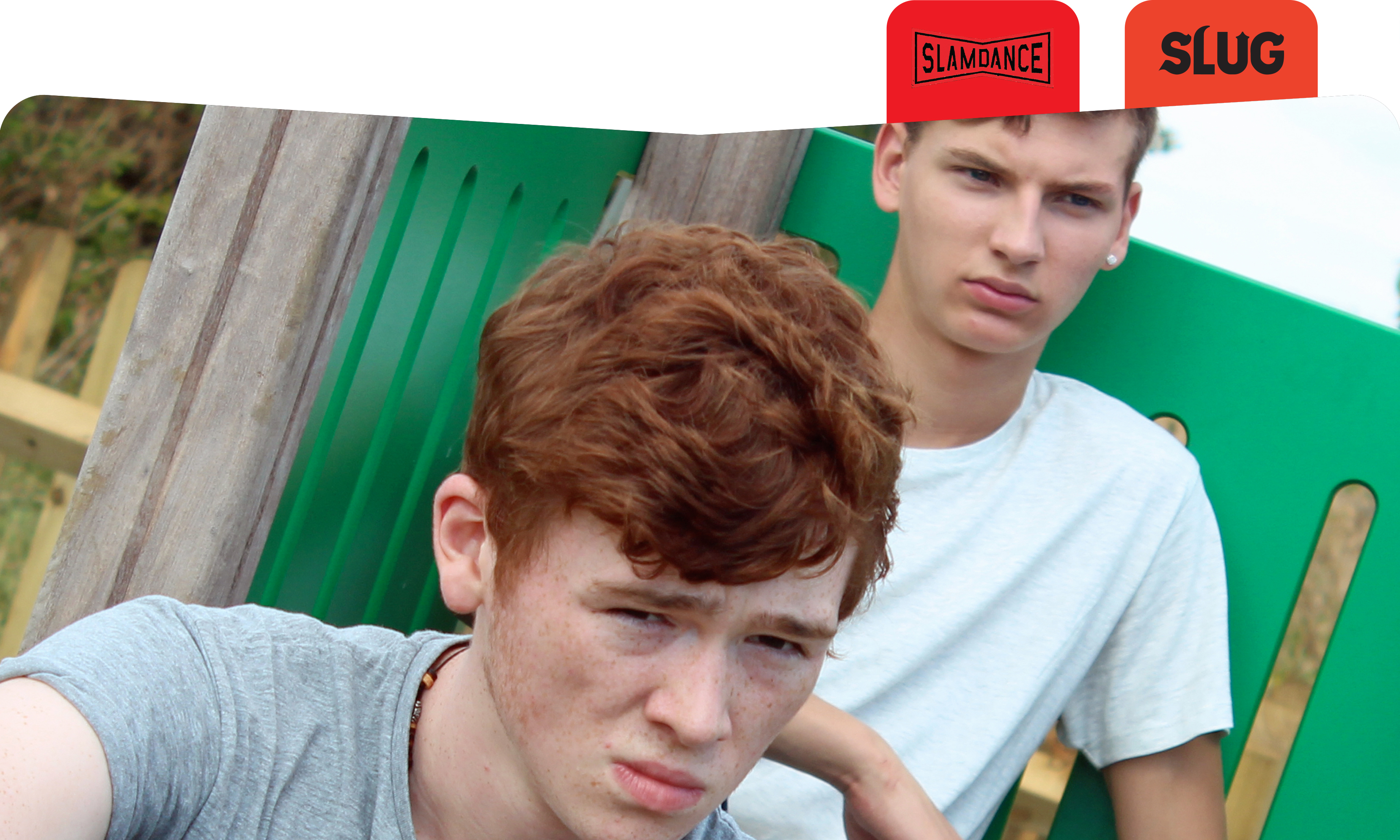 Guess what rules? *Not* going to school. Especially high school, man. That shit blows. I’m not #seriouslysoblessed, but I don’t have any homework assignments based on pointless subjects that mean nothing to my life, I don’t need to study for tests, and I don’t have to deal with super pissy teachers. In The Lesson, we step back into the high school world. For some, this might hold sentimental memories, but if you’re like me, you probably don’t want to relive those days. Especially if you had a teacher like Mr. Gale, played by Robert Hands.

When we first get introduced to Fin (Evan Bendall), we see him through the lens of his family, and then later through the friends that shape his character. Living with his brother, Jake (Tom Cox), and Jake’s girlfriend, Mia (Michaela Prchalová), Fin runs around with the “troubled” kids at school who often end up in detention for typical adolescent behavior, like keying vulgarities on a car, stealing cigarettes from the gas station, or interrupting the teachers in class. During the black and white flashbacks to Fin’s childhood, we sense a warm connection Fin shared with his mother that seems to be absent in his current life. In order to fill that gap, an awkward sexual tension begins to form between Fin and Mia that bursts with a hidden Oedipal energy.

Things aren’t perfect in the beginning, but you sense a coming of age story about to happen as Fin runs away from his home in a fit to begin a “new” life, but the film switches from melancholy to blood-soaked in a shocking instant. As soon as the blood starts spewing from the nail being hammered into Fin’s hand, Mr. Gale pinning him to the desk in the basement of his flat, you start to lose hope that maybe Fin will pick himself up in a proper way.  “What’s inspiration, Tindel?” he asks, as his sadism is exposed through his “lesson.” What this lesson entails is usually a brief lecture on some subject or book relating to a word he doesn’t expect Fin to know, so with a hammer and nail in hand and eager bloodthirst in his eyes, Gale counts down from ten while Fin desperately flips through the dictionary to read out loud the definition.

Fin’s not alone, though—his friend, Joel (Rory Coltart), is in the “class” with him, although he’s passed out either from bleeding out or from too much of a shock to his head. Fin starts to hallucinate in his pain, seeing horses, a few more flashbacks to his mother, and even Joel standing up and becoming a teacher’s pet as he assists Mr. Gale, all with blood running down his face. The message of Gale’s lesson is lost on Fin in his futile attempts at survival. Flipping through the dictionary as fast as he possibly can to find the next word becomes his only concern.

Director and screenwriter, Ruth Platt, weaves the story lines of Fin’s past with his troubled present in a graceful way that runs cohesively, presenting sentimentalism in a sympathetic light. The disenchantment over the education system that Mr. Gale ultimately demonstrates is a valid frustration, and it’s understandable that, after 20 years, one would get sick of trying to inspire teenagers, making both the villain and the victim relatable—one of the film’s strengths. If the film is taken as an homage to the classic American slasher-flick, The Lesson fits snug into the genre with a mastery above others I’ve seen in the box office. But unfortunately, by sticking to conventions instead of pushing its boundaries, the film became a little too predictable, and relied more on the blood and gore of the plot to overshadow its lack of a psychological penetration. That being said, if you’re in high school, for your own safety, make sure you know the definition of totalitarianism.