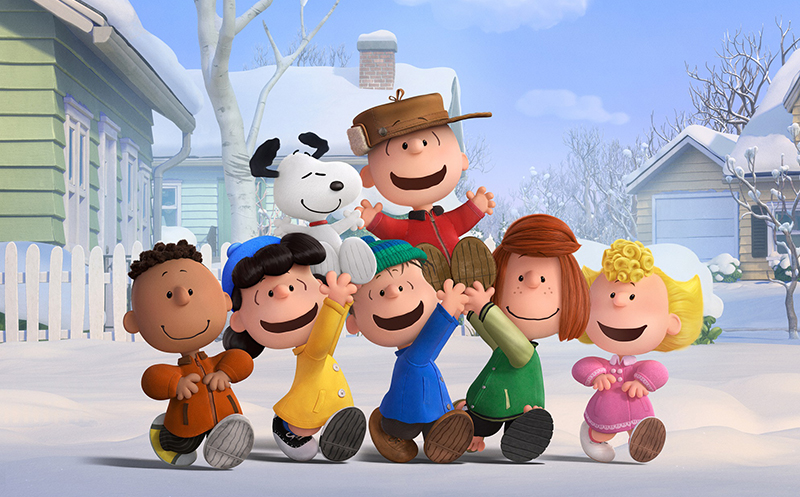 Ever since the trailer for The Peanuts Movie was released, I have been dying to see the late Charles M. Schulz’s creations in 3D animation on the big screen. Upon first glance, you can immediately tell that the entire cast and crew were fans of Peanuts and wanted to preserve the look, tone and innocence of the 65-year-old franchise. Rumor has it the Schulz family chose director Steve Martino after his beautiful adaptation of Dr. Seuss’ Horton Hears a Who. The two paralleling stories are as simplistic as it gets. Charlie Brown is too shy to talk to the new girl in town, and Snoopy, in his imagination, must stop his longtime nemesis, The Red Baron, and rescue his love, Fifi. That’s it, and it’s wonderful. Martino transports viewers to a time when kids didn’t have their faces buried into their tablets and video games and actually went outside to play. There’s no fart jokes or dirty double entendres. It’s wholesome, just like all of its predecessors, and fans of Peanuts will absolutely adore it. The love and admiration for this project reminds of the care that was given to The Muppets in 2011, which makes the experience even more enjoyable. The only complaint comes in the form of the inclusion of Meghan Trainor’s “Better When I’m Dancin’,” which completely deviates from the franchise’s classic jazz-like score. It feels as though an executive from upstairs forced Martino’s hand to be more “hip” in order to appeal to all the kids. –Jimmy Martin