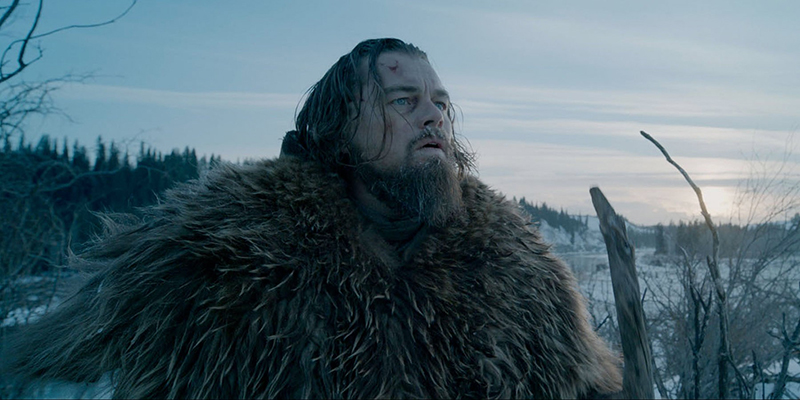 In the past 16 years, Leonardo DiCaprio has gone from a child television star to teenage heartthrob to one of the greatest actors working in Hollywood. As this is written, he has been nominated for five Academy Awards, but has never won a statue—always the bridesmaid, never the bride. Well, unless Eddie Redmayne sneaks away with it (see The Danish Girl review), I think sixth time’s the charm for the gifted artist. Directed by Alejandro González Iñárritu, this tale, inspired by true events, follows fur trapper Hugh Glass (DiCaprio) and his team as they work in treacherous territories to make a living. After a vicious bear attack, Glass is left fighting for his life while his team decides what to do. Betrayed by John Fitzgerald (Tom Hardy) who kills Glass’ son and leaves him for dead, Glass must journey more than 200 miles, endure countless death-defying obstacles and fend off the astronomical odds against him in order to survive and get revenge. Once again, González Iñárritu delivers a cinematic masterpiece (see last year’s Birdman) with amazing performances, striking cinematography and a unique vision of life before a world surrounded by concrete. While DiCaprio has gone above and beyond with his talent in just about every movie of his, this one is sincerely special, especially since there’s about 99 percent less dialogue for him to perform. His face and eyes exquisitely express the raw emotions buried within a man who has lost his wife and son and only wants justice, no matter the path. As with DiCaprio, Hardy (who has had one hell of a year, mind you) also continues his tradition of excellence in acting as a cold-hearted murderer who only looks out for himself. While the film feels about 30 minutes too long, the journey as a whole is terrific, watching what happens to a man who is stripped of everything and given nothing but the desire to live. –Jimmy Martin