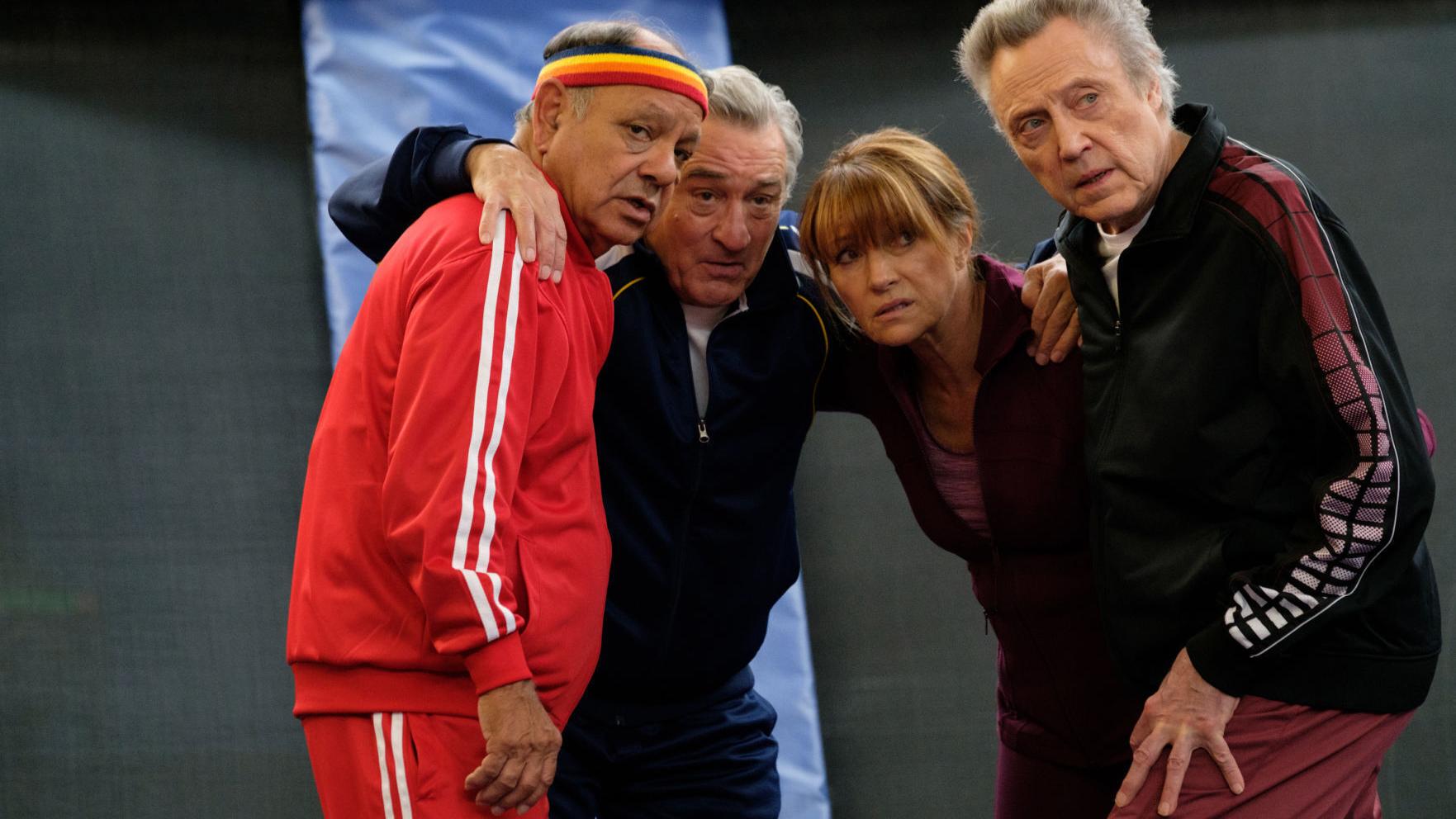 Film Review: The War with Grandpa

It’s unlikely that most people who see The War with Grandpa, which features Robert De Niro playing Uma Thurman‘s geriatric father, will remember that the two appeared on screen as a romantic couple in the 1993 mob comedy Mad Dog and Glory. But even for those who do, the awkward “ew” factor of this won’t ruin the new film—there are so many other problems that overshadow it.

Peter Decker (Oakes Fegley, Pete’s Dragon) is a 12-year-old boy who is forced to give up his room to his grandfather, Ed (De Niro), when the latter moves in with his daughter (Thurman) and her family. Peter is outraged that he’s been shoved off into the attic, and the scheming boy devises a series of outrageous pranks in an attempt to make the old man move out. But Ed fights back with some pranks of his own, enlisting the aid of some old buddies (Cheech Marin and Christopher Walken).

I’m a long-time, very enthusiastic fan of De Niro, and I hate to be one of those people who acts like it’s beneath his dignity to make a movie that doesn’t get an R-Rating. The fact is that the great actor has also made plenty of stinkers over the past 25 years that were R-Rated and aimed at a more adult audience. And as painful as the sequels became, I still like Meet the Parents. But The War with Grandpa is a tired, lazy and stupid comedy that fails to provide any real laughs. The pranks fall into three categories: pedestrian, contrived and crass. Who wants to see an old man humiliating his own grandson in front of his entire class at school or fumbling with a dead body at a funeral in a family comedy?

De Niro gives an adequate if dull performance that’s certainly a big step down from The Irishman, and Fegley does his best with a bratty character that rarely seems anything like a real kid. But Thurman, who is so capable of being one of the most dynamic presences on the silver screen, isn’t even matching the level of her portrayal of Poison Ivy in Batman & Robin. She’s never fared well in over-the-top comedies—remember My Super Ex-Girlfriend?—and it’s just sad to watch her reduced to this. Walken and Marin are just doing impressions of themselves, and Rob Riggle, as Thurman’s husband, is … well, he’s Rob Riggle. It’s great to see Jane Seymour again, and this is far from her worst film (that would be Blind Dating), but the best that can be said is that she is given so little to do that she barely has a chance to look foolish.

Director Tim Hill (Muppets From Space, Garfield: A Tale of Two Kitties) is hardly one of the all-time greats, but with this, even he’s delivering below his usual level of quality. Everything about this one feels off, most notably the sequel-teasing ending. But there’s just enough family-feel-good, all’s-well-that-ends-well plotting to make it palatable for some, and I truly wish that I could count myself among them.

The War with Grandpa isn’t a contender for worst movie of the year, but that’s about as much praise as I can muster for it. Everyone involved is capable of varying degrees of better than this, and we have a right to expect more of them. –Patrick Gibbs