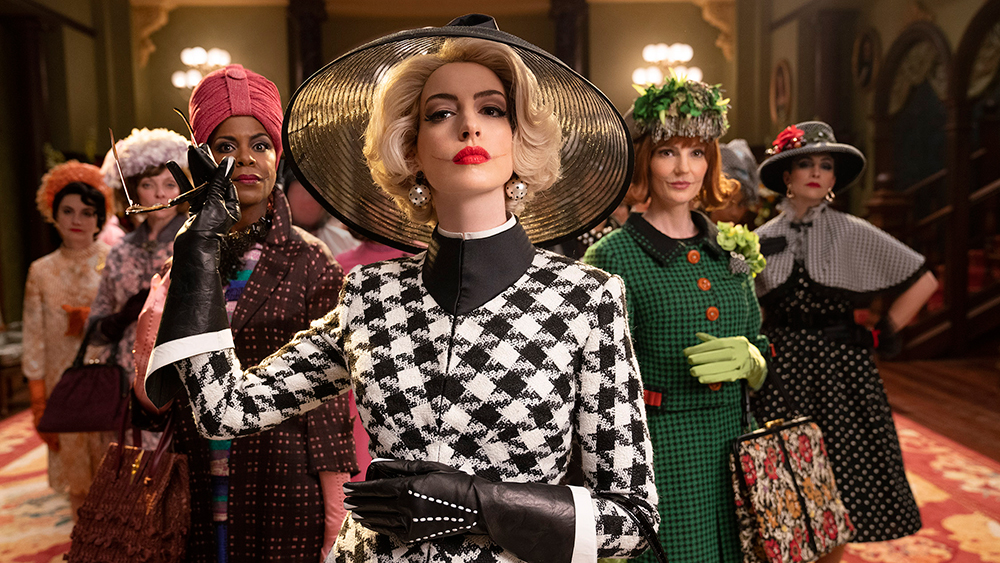 It’s considered critically incorrect to be a Robert Zemeckis fan these days. Sure, movie fans can still and are expected to love Back to the Future, but beyond that, he gets no love. As Ray Romano said in The Big Sick, “you go online, they hate Forrest Gump!” But while I will certainly give you that the recurring theme of rollercoasters he has established starting with The Polar Express serves as a metaphor for the ups and downs of his career over the past 20 years, I’m still a fan—I watch Polar Express every Christmas—and I make no apologies for it. So when I heard that he was making a film based on a classic by one of my favorite childhood authors, Roald Dahl, I couldn’t help but feel a sense of excitement and curiosity.

This version of The Witches moves the setting from England to Alabama in 1968, but it’s the same story of an orphaned young boy, played by Jahzir Kadeem Bruno, though Chris Rock narrates the film as the character’s adult self, and just as in the original novel, his name is never mentioned either way. The boy lives with his Grandma (Octavia Spencer), who not only firmly believes in witches, but has had personal experience with the vile creatures, whom she says are not actually human. When they take off their disguises, these bald monstrosities with sharp fangs, claws and over large nostrils look remarkably like Rudy Guiliani.

The boy eventually stumbles across a conference of witches while staying with his grandmother at a grand hotel, and he discovers the Grand High Witch’s (Anne Hathaway) plan to turn all children into mice. Our hero is caught and transformed himself, but with the help of two other children-turned-mice, as well as Grandma, he sets out to beat the witches at their own game.

Zemeckis the blockbuster director casts a magical spell with this one, delivering plenty of big thrills and big action sequences on a mouse-sized scale. The effects are top of the line, and though some may wish the mice weren’t given a slightly cartoonish look, I personally believe those people are watching the wrong movie. This is most definitely not set in the real world, and the campier aspects are deliberate. As someone who has owned rodents as pets and has had moments when I thought I was seeing things because they seemed to become so human for just a moment, I loved the way Zemeckis plays them looking just like mice from further away but gives them more human characteristics up close. And the screenplay, by Zemeckis, Guillermo del Toro (The Shape of Water) and Kenya Barris (Black-ish) is inventive while in many ways sticking closer to the book than Nicholas Roeg’s 1990 version.

Octavia Spencer could not be more endearing as Grandma, and Hathaway, who has had quite possibly the worst two years of her career going into this film, is outrageously over the top in all the right ways. Many of her sequences brought to mind Death Becomes Her, with a touch of Judge Doom from Who Framed Roger Rabbit?. (And speaking of Zemeckis’ signature films, fans may catch a nice hidden reference to Forrest Gump if they pay attention). Jahzir Kadeem Bruno makes a highly agreeable protagonist, and while I’m not generally a big fan of Kristin Chenoweth, casting her as the voice of a female mouse is an inspired choice.

This is a family movie, and while it’s probably too scary for kids under eight, it’s a great time for kids who want Halloween scares that aren’t going to be traumatizing. It’s not trying for Oscars—it’s just meant to be a good time, and it succeeds beautifully on that level. In short The Witches is the director’s best film since the criminally underrated The Walk. It may not rank among the very best films of 2020, at least not by most critics standards, but it easily ranks among my favorite viewing experiences of the year. –Patrick Gibbs