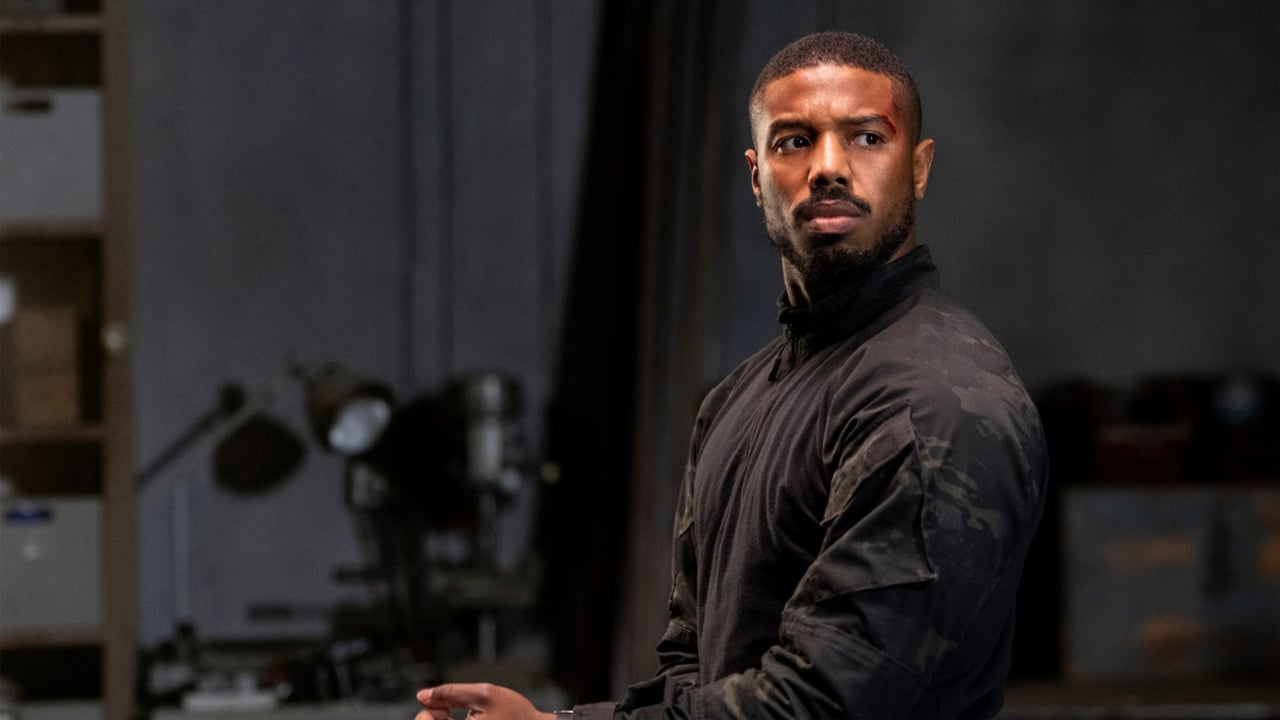 There seems to be a bizarre rule in Hollywood that the more you deviate from the book, the more you toss around the author’s name, whether it’s Bram Stoker’s Dracula or Tom Clancy’s Without Remorse, which bears little resemblance to the book.

In a war-torn region of Syria, an elite SEAL team led by Senior Chief John Kelly (Michael B. Jordan, Creed, Black Panther) rescues a CIA operative taken hostage by ex–Russian military forces. Three months later, in apparent retaliation for his role in the mission, Clark’s pregnant wife, Pam (Lauren London, Games People Play) is murdered in the U.S. by a squad of masked Russian assassins. Despite being shot multiple times himself, Clark manages to kill all but one of the attackers before being rushed to the hospital.

Driven by a need for vengeance and the knowledge that he has nothing to lose, Kelly pursues the assassins at all costs and, of course, Without Remorse. Joining forces with a fellow SEAL Karen Greer (Jodie Turner-Smith, Queen & Slim) and shadowy CIA agent Bob Ritter (Jamie Bell, The Adventures of Tintin, Rocketman), Kelly sets out on a mission that unwittingly exposes a covert plot that threatens to have consequences bigger than he could have imagined, even if he’d read the book. Torn between his ruthless desire for revenge and his sworn duty, Kelly finds that his own fate and the delicate balance of power rests in his hands.

Tom Clancy’s Without Remorse is a blatant and fairly shameless attempt to create the next Bourne, and while the plotting and dialogue are problematic, director Stefano Sollima (Sicario II: Day of the Soldado) has the action and pacing down pat, and Jordan is more than up to the task of playing the angry and deadly soldier who will let nothing stand in the way of his mission. The plot of the film is both convoluted and predictable, but it’s fun popcorn espionage with a couple memorable sequences. I didn’t miss the discarded elements of the source material at all.

I was a Clancy buff in my teen years, having been turned onto his books because I loved the movie of The Hunt For Red October, but one of the reasons I eventually stopped reading—aside from the ever increasing page count—was that I couldn’t bear the raging machismo and broken moral compass of this character, who becomes known as John Clark and was memorably portrayed on film by both Willem Dafoe and Liev Schreiber. In the books, Kelly/Clark is a vicious avenging angel who makes Jack Bauer look mellow and has no line he won’t cross, and Jordan the producer has kept the edginess while softening the worst aspects and giving Kelly a more noble streak.

Turner-Smith is a strong presence as the niece of Jim Greer, who is the character portrayed by James Earl Jones on film and by Wendell Pierce on Tom Clancy’s Jack Ryan on Amazon Prime, though the character is only mentioned in passing here. Guy Pearce (LA Confidential, Mare of Easttown) gives one of his more low-key, scenery-chewing performances as a CIA director, and Jamie Bell, a favorite of mine ever since Billy Elliot, is great as Ritter, leaving you constantly guessing at his motivations.

The musical score by Jónsi does a nice job of creating tension, and the cinematography by the legendary Philippe Rousselot (A River Runs Through It, Interview with the Vampire) is both moody and eye-catching. The screenplay by Taylor Sheridan (Sicario, Hell and High or High Water, Yellowstone) and Will Staples (National Geographic‘s The Right Stuff) gets the job done, but in a by-the-numbers manner that relies heavily on blatantly expository dialogue. In the first scene, they make a point of having someone refer to Kelly as a “badass” in case everything else about the movie doesn’t make that clear, and that tendency toward just stating everything flat-out in no uncertain terms is seen throughout the entire film. That’s to be expected from Staples, who hails from a background of writing video games such as Call of Duty III, but Sheridan is supposed to be a brand-name screenwriter, and one suspects that he gave this script less than his full attention. Sollima and Jordan make it all work well enough to forgive the flaws in the writing, however, and the movie delivers in the end.

Tom Clancy’s Without Remorse is ultimately meant as a set up for Rainbow Six, the sequel-novel-turned–video game sensation, and whether that will happen at this point is questionable, but I hope it does. Warts and all, I found it to be a solid action flick that has strong potential as a franchise for Jordan. I’d definitely be down for more installments. –Patrick Gibbs