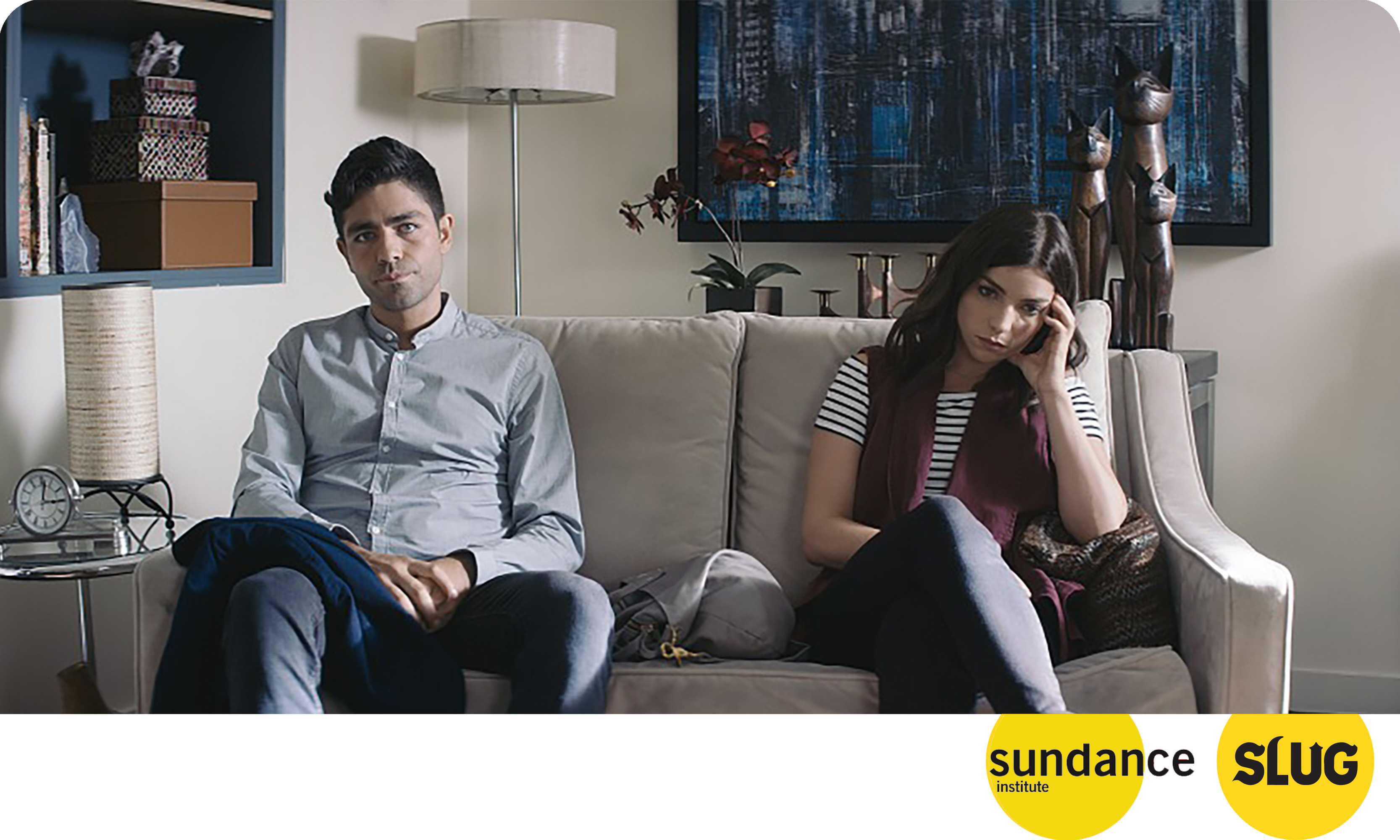 The horror/comedy is a tricky genre to blend. While it seems like the two fit hand in hand, very few directors have been able to actually make it work. The problem with Trash Fire is that director and screenwriter Richard Bates, Jr. tried to make a horror/comedy that was also a family drama, a treatise on mental illness and a critique of religious conservatism. The result was a clunky, atonal film that, much like the film’s main character, wanted to both be loved and be an asshole at the same time.

Trash Fire’s opening scenes are among the film’s best—ominous music plays in the background as Owen (Adrian Grenier) discusses his inability to commit suicide because he lacks conviction as his psychologist dozes off mid-sentence. This foreboding extends into a painful scene that consists of Owen and his girlfriend Isabel (Angela Trimbur) exchanging icy barbs of dialogue across the dinner table on the night of their anniversary. Their simmering disdain for one another explodes when Isabel announces that she is pregnant with Owen’s child, and he promptly tells her to get an abortion—“What are they? Like 400 bucks? We’ll split it.” At some point during the evening following this bombshell, Owen has a seizure (oh yeah. He’s epileptic. And also bulimic. He’s all the things) and realizes that he can actually be a father to this child. This is the point where the film starts to fall apart, as Owen’s newfound responsibility leads him along a path to try and confront his religious zealot of a grandmother Violet (Fionnula Flanagan) and to patch things up with his sister Pearl (AnnaLynne McCord).

This is where the film begins to disintegrate.

Owen’s parents were killed in a house fire that only he and his sister survived. While he got out unscathed and looking like Vinnie Chase from Entourage, Pearl was left with a badly burned body and in Violet’s custody. When Owen and Isabel arrive, they find that Pearl is essentially a shut in and refuses to leave her room, with the exception of a particularly baffling scene in which she masturbates while watching Isabel sniff her armpits. What follows is a series of predictable confrontations between Violet and Isabel—Isabel is a whore for having a child out of wedlock, she’s a whore for living with Owen out of wedlock, she’s a whore because she doesn’t help with the dishes, etc. Since Owen is a nice guy now, he refuses to leave until he’s reconciled with Pearl, the pursuit of which escalates into a kitchen bloodbath that feels shoehorned into the main narrative.

Trash Fire is one of those films that feel like two separate films from different genres were accidentally spliced together. Owen changes from a self-absorbed dickhead to everyone’s doe-eyed big brother quite literally overnight, and the sudden shift in his character lands like a kick to the head. Whether this is due to a hasty script or to Adrian Grenier’s limited range of acting, it doesn’t do the film any favors when the storyline abruptly shifts from a darkly comic relationship drama to a psychological horror film.

While the film did have moments of potential, Trash Fire feels like the work of a storyteller that wanted to cram all of his good movie ideas into one package. With the addition of a cast that appeared to be just as confused as the audience, the film’s more provocative moments came across as slightly too deliberate to pack any real punch.