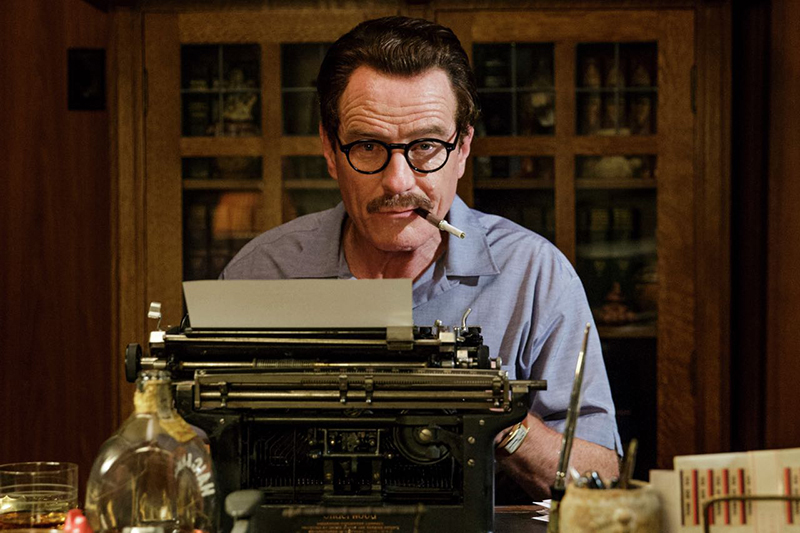 It’s been nearly 70 years since supporters of communism were blacklisted from working in Hollywood, as well as across the country, and forced to struggle to survive. Among those individuals was Dalton Trumbo (Bryan Cranston), one of the film industry’s top screenwriters. Refusing to succumb to peer pressure, Trumbo and the Hollywood 10 were sentenced to prison, but they fired back by working underground under pseudonyms. The stakes are raised when Trumbo garners Academy Awards while still under the blacklist and gains the attention of A-listers such as Kirk Douglas, Stanley Kubrick and Otto Preminger. From the director that brought us the Austin Powers trilogy and two films in the Focker franchise, it’s a delight to see Jay Roach mature gracefully as a filmmaker and deliver a project with meaningful substance. It’s not shocking that Cranston could easily be nominated for his portrayal of the courageous yet stubborn workaholic, since he is easily one of the greatest actors of this generation. He is definitely an EGOT contender. Along with Cranston, Roach paves a solid foundation for his lead star with a fantastic ensemble cast that includes Diane Lane, Louis C.K., Elle Fanning, Alan Tudyk, John Goodman and Helen Mirren. Trumbo’s behind-the-scenes look at Hollywood is alluring yet despicable with all the back-stabbing and double-crossing, so it looks like much hasn’t changed since The Decade of Conformity. –Jimmy Martin