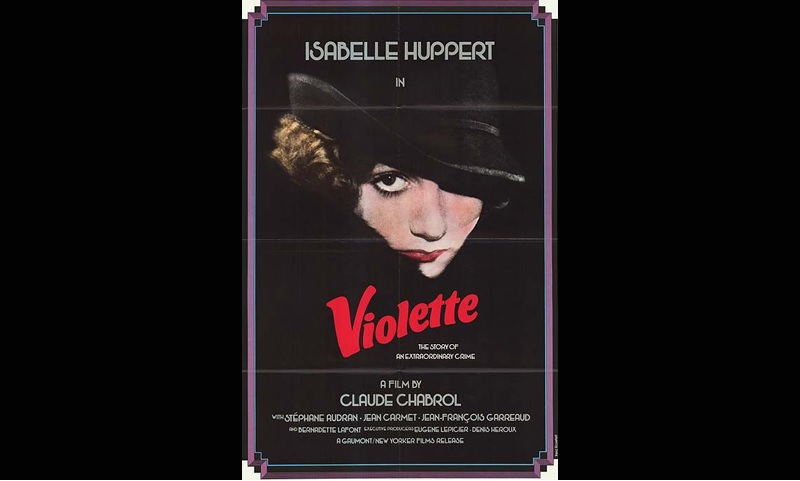 This re-release of the 1978 French film Violette Noziere leaves many questions unanswered. This is the story of you average rebellious teen girl, hanging out with the wrong crowd, smoking and drinking and catching syphilis like all kids do when they’re young. What makes this story different is that it leads to young Violette poisoning her parents to apparently get at their cash (or was it revenge?) so that she can buy her poor-ass boyfriend (whom she leads to believe she is rich) a car (with which she wants to travel to the sea). Early on the film reveals the two sides of young Violette, wiping off lipstick and slipping back into her schoolgirl uniform before returning home to kiss her mother and father on the cheeks. Violette has grown weary of her parent’s small flat with paper thin walls and decides that maybe turning a few tricks might spice things up a tad. Apparently convincing your parents that syphilis can be inherited is a great way to then administer whatever drugs you like to them. Isabelle Huppert is fantastic as the distant young girl fascinated by the sexual power she possesses and the care taken with the lighting and camerawork show even thirty years later. Although a bit longer than it needs to be, the broken timeline does a nice job of answering a few key questions at the end of the movie, but never speculates as to the real motives behind the young girls abnormal behavior. It does end, however, with the revelation that even in the 1930s society has been fascinated with crimes of this nature as the media and Parisians swarm around young Violette and her bizarre story. -Jesse Kennedy