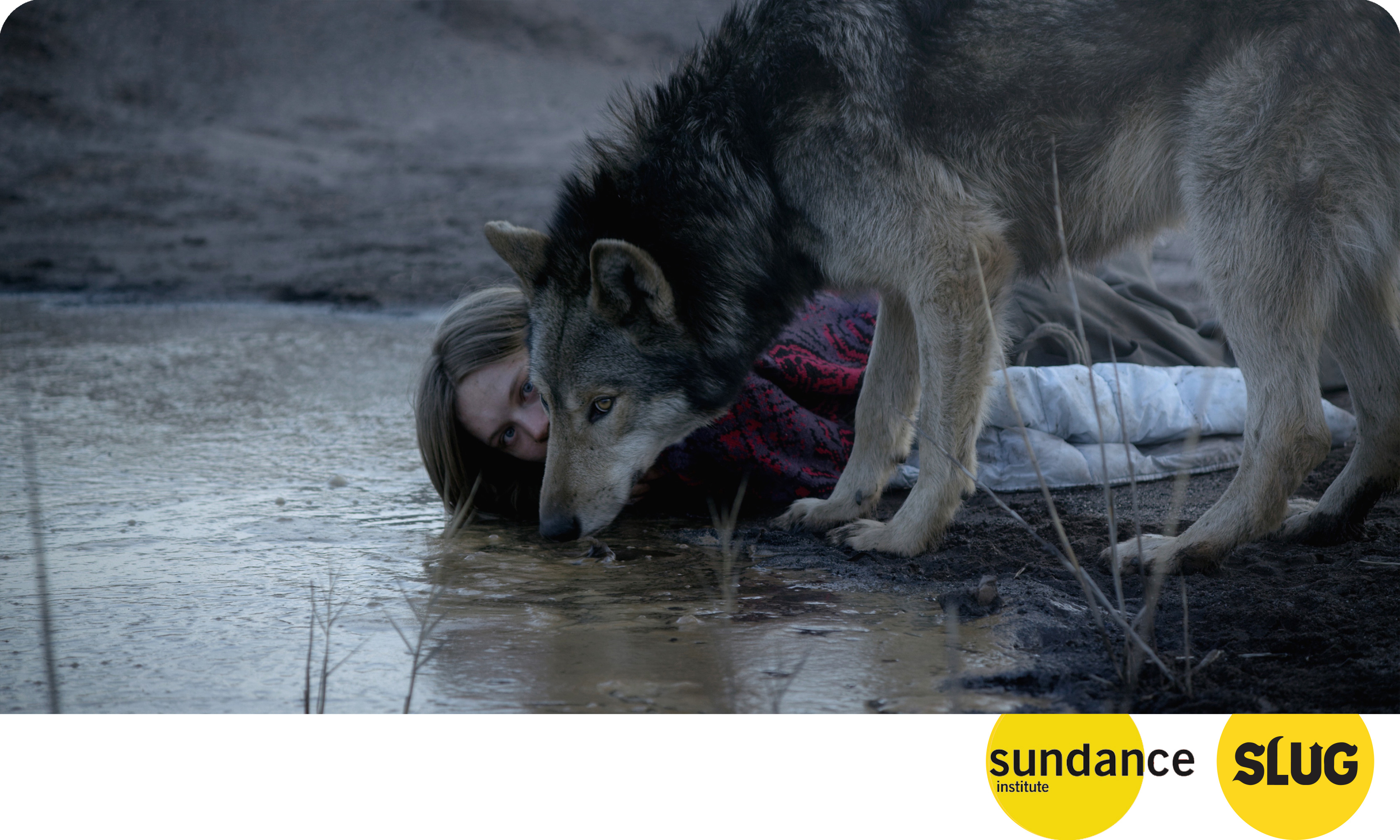 Dog may be man’s best friend, but Ania’s lover is a wolf. Director Nicolette Krebitz’s Wild shows Ania (Lilith Stangenberg) in a state of apathy toward her surroundings. She puts up with patriarchal men at her office job and must suffer through her sister’s boyfriend who rudely interrupts their video chats. In the park one day, Ania sees a wolf, and the two have a trans-special “moment”—or at least in Ania’s eyes, they do. Ania becomes preoccupied then obsessed with the wolf, and plots to take it captive. After driving her lush of a boss (Georg Friedrich) to a work meeting, she steals his truck when he lends it to her. She attempts to lure the wolf into her grasp a couple times and fails. With the truck, though, the third time is the charm, and with a little help, she blow darts it to sleep and drags it home.

As Ania feeds the wolf more and more cuts of meat, it grows to trust her. The wolf is hungry, and it’ll lick any drizzle of blood from the raw steaks she brings home to it—to Ania’s benefit. After some seduction, Ania considers the wolf to be her mate, and though her flat falls into disarray from keeping a wolf in it, she’s happy and enjoys the wolf’s company. Stangenberg performs stunningly as she breaks Ania out of her introverted cocoon to express animalistic desire as she pleases. After the wolf licks Ania on the neck in one scene, she slides down the railing of her apartment complex for one hell of an autoerotic display … brought on by a wolf. As Ania lets go of her appearance at work, her boss comes onto Ania less coyly than before. Amid her apartment staff complaining about her apartment’s stench (and her boss of her own) and the wolf’s urges to break out of the confined space, Ania must decide how much longer she can foster her love for the wolf and if polite society can satisfy her needs.

Wild is a great experiment. Stangenberg nails the character of Ania and convinces of her desire for the wolf. Her subsequent wooing unfolds comedically as we watch the notion of bestiality manifest onscreen—it feels real and thus foreign (at least to me—I’m a bit of a prude). Ania exhibits growth from her shy beginnings to nonchalantly leaving a rabbit she buys at the mercy of the wolf in her flat. (Trigger warning: If you really like bunnies, this film is not for you.) Not to mention: Stangenberg works her waify, model-like physique in sensual scenes to subvert the idea of the girl next door. Friedrich also performs well, as I found her boss’s character to be distastefully lecherous just as much as I pitied him.

Wild doesn’t reinvent cinema, nor does it present anything superlatively outrageous. The suggestive elements of the film provide humor rather than shock, and this enables Wild to process Ania’s transformation into a relatable journey, despite her niche sexuality. The content of the film serves as a fun allegory for questioning why we undergo the same tasks each day and what happens if we deter and privilege our needs as animals. Many people might not “get” Wild, but they’re just thinking too hard. Wild is for laughter and to call forth the discomfort we feel every day.