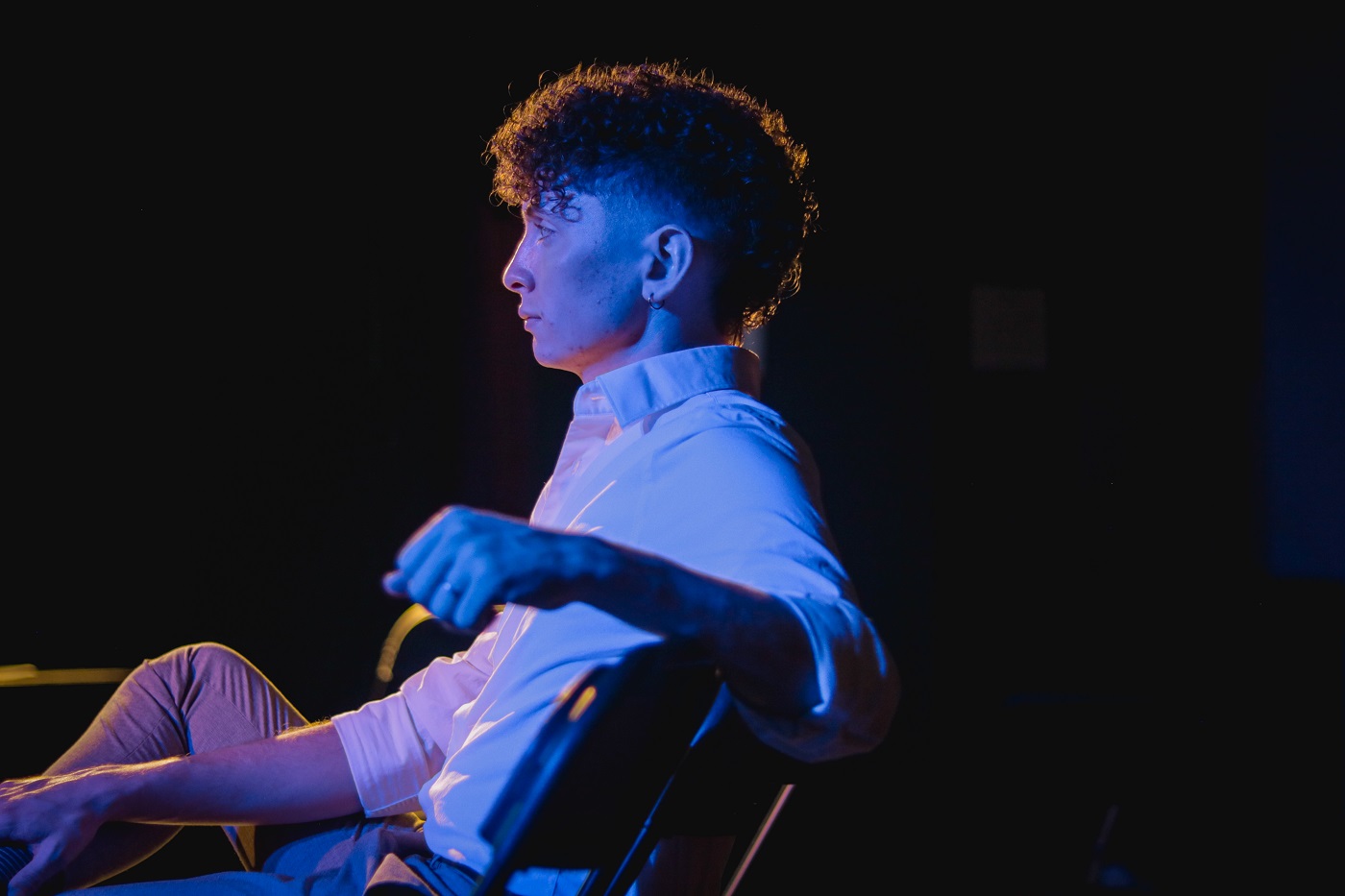 Growing up in Utah as a non-Mormon has always made me feel like an outsider. I couldn’t go with the girls in my neighborhood to Young Women’s meetings on Monday nights or laugh alongside them about jokes that were made that previous Sunday in Primary. It has always been a conflicted topic for me. It’s not that I have any issues with LDS people, as they have always been very kind to me. My problem lies within the faith itself, which I still presume is the reason for my incessant FOMO. It wasn’t until watching director Sam Allen‘s production of Matthew Greene’s play Good Standing at the Great Salt Lake Fringe Festival that my eyes opened to the idea of how much more isolating it would be to be a part of the church and yet, still an outsider.

The playwright of Good Standing, Matthew Greene, grew up in the Mormon church and spent many of his years closeted, just like the main character of his play, Curtis Brown. In fact, in a description of the play, Greene is quoted saying, “I’ll own up to the true inspiration behind the script’s central figure: It’s me.” The insight the viewer is given throughout the show makes this obvious: Greene has had firsthand experience. And what a traumatizing experience it must have been. Brown tells of the shame and guilt he felt growing up inside the church throughout the show. He puts it simply, “I thought I was broken.”

Good Standing is a one-man show in which Kenneth Sterling brilliantly embodies the character of Curtis Brown, a grown man still understanding the complicated war of sexuality and religion that is constantly being battled in his mind. Sterling also plays 16 other roles within the play. The show starts off with a letter asking “Brother Brown” to join the Stakes Disciplinary Council, where multiple “good-standing” men in the church will question Brown on his “reported participation in conduct unbecoming a member of the church.”

That unbecoming conduct, you ask? Falling in love with and marrying a man. The church threatens the reader of the letter with excommunication simply because he followed his heart. The council will divide in two, half of which will argue in favor of Brown and the other half will argue against him. Ultimately, it is up to Brown himself to justify his actions. And as time lapses and characters develop, it becomes obvious that the intention of the plot is not simply a means to tell the story of Curtis Browns’ disciplinary council meeting—the intention is to show the viewer the absurdity of the fact that Brown, like many others, needs to justify himself to begin with.

Sterling’s storytelling ability is undeniable, especially when paired with Greene’s writing. He travels in and out of the minds of each member of the High Council and Stake Presidency; he tells Curtis’s story through the perspectives of others. This cultivates a new sense of understanding between the spectator and the LDS church itself. Greene has given the villains in his story humanity, humility and emotion. The viewer understands he is not angry at the people within the church itself, he is angry with the systemic injustices of the church and how they can make otherwise good people do hateful things.

When someone partakes in a disagreeable act, it’s easy to quickly point out the flaws and forget the facts. But they are humans too. They have their own trauma, pain and scars. Because of  Greene’s cleverness, there is no time to forget humanity during the production. It is constantly being forced upon you, asking for empathy and kindness. You don’t leave the performance feeling angry, you leave it feeling sad. Perhaps, a bit ironically, Curtis is not the one you feel sad for either. He is the free one—he is living his life as himself without restriction and rules. No, not Curtis. You feel sorry for the church members. You leave with a newfound depth and understanding of the turmoil of life inside the Mormon church. To constantly be enduring the guilt, the judgment.

You feel especially bad for Browns’ father, the Stake President. He doesn’t want to be in his current position—being forced to kick his son out of his community—but he feels he has no choice as he is being asked by his leaders. His whole life, he has been taught that homosexuality is wrong. He has been taught that it is nothing more than a temptation and giving into it is as indulgence akin to giving into a second piece of chocolate cake. He hasn’t been taught that it is a part of your unchosen identity, like eye color or the sound of your laugh. And at this point does he care, or does he just want to see his son happy? After his tear-jerking soliloquy, the latter is the obvious answer. The play’s emotional intensity only heightens as time goes on. As you learn more about Curtis’s experience, you learn more about the church and its inherently conservative—and therefore—harsh nature.

Good Standing runs for an hour and a half, and in that short time you learn so much about conservatism, Mormonism, and humanity as a whole. I would strongly recommend this performance to anybody who is eager to learn about the human condition, for education has the power to unite us all. –Theadora Soter