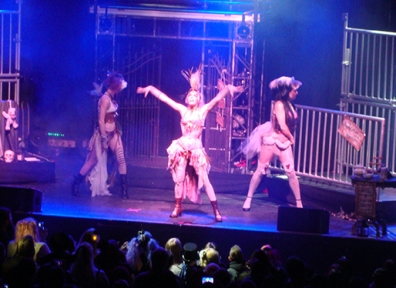 Emilie Autumn typically has no opening act or live band, therefore her show is mainly focused on an overarching storyline of her time being locked within the walls of an asylum. She utilizes heavy satire and Victorian flair while confronting the issues of sanity and sexism within the world today. She has built an entire world that encompasses a novel, several album releases, and a soon-to-be major theatrical production. If you are expecting to see a traditional concert, you will more than likely question what it is you are experiencing; this is much more of an interactive performance piece. … read more 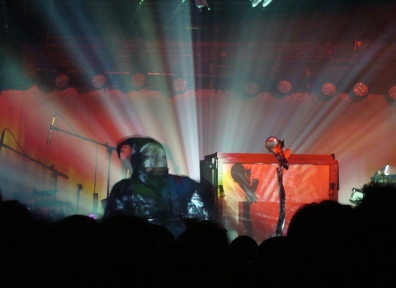 Outside the Lo-Fi Café there was a line to end all lines. Skinny Puppy and Army of the Universe were about hold a crowd in their hand before they crushed them with pulsating industrial rock … read more 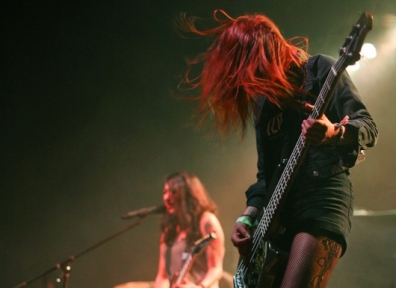 Revolver Magazine’s Hottest Chicks in Hard Rock Tour made a quick stop in Salt Lake City to demolish The Complex with sonic sound waves of guitar and aphrodisiacal female vocals. Firstly, let me say as hot as the women were, the focus should be on their talent because that is what stood out during the show. Looks are fleeting, but talent is everlasting. … read more

I remember the magic and mystery of the Nutcracker from when I was young and was excited to see this version now that I am older and more refined with my taste. I still felt the magic, but soon realized the need for this to be reimagined. I say this because as much as I love a good classic, it is always refreshing to see a new take on a familiar story. … read more

Transcending Stages with David Porter & Musicians of the Utah...
By Seeth McGavien

There is a good deal of music that tries to transcend traditional elements in order to breathe life into a genre that has become set in its ways. None do it better than MOTUS—Musicians of the Utah Symphony.