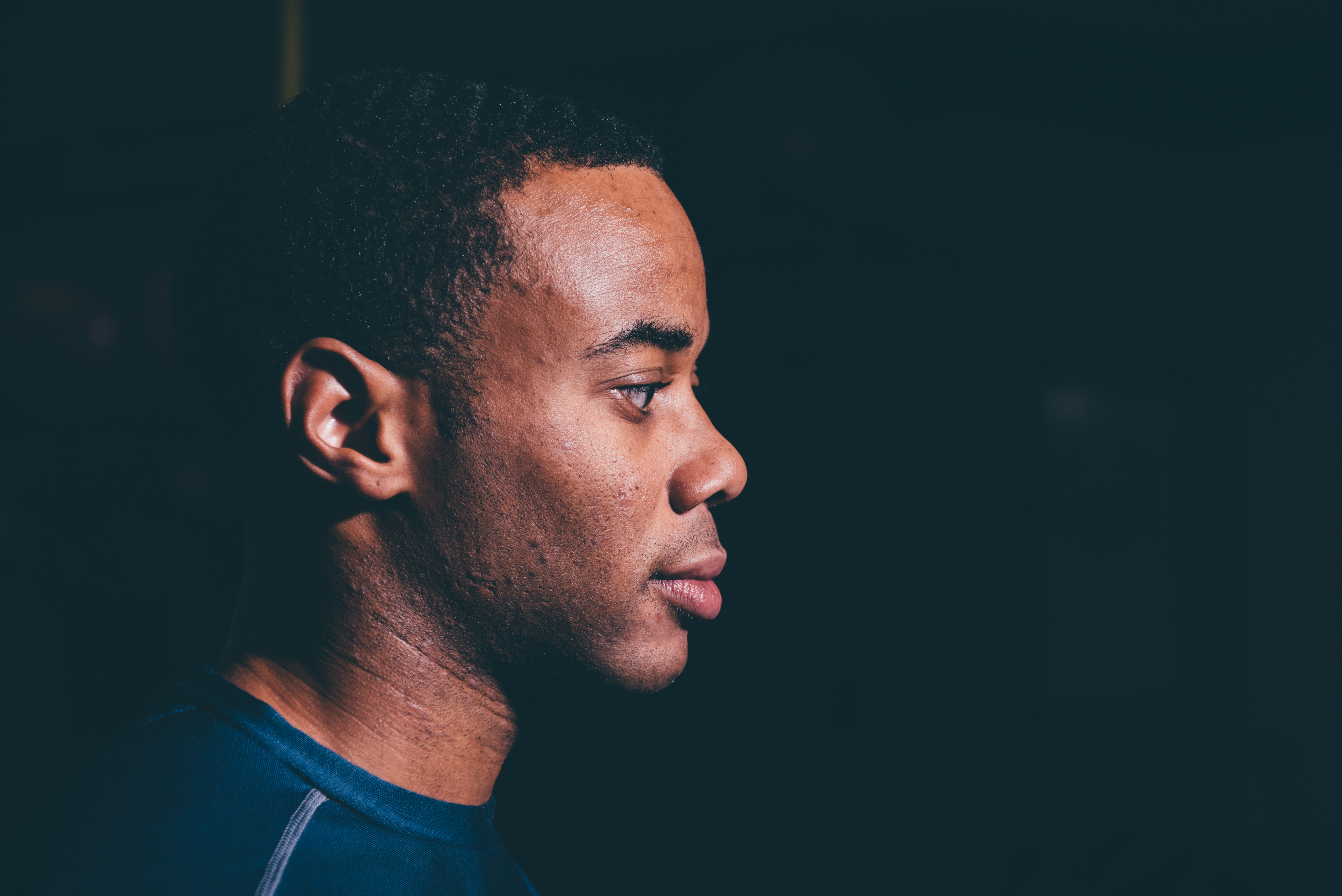 Olympic hopeful Shawn Woods lives by the words of Socrates when he says, “No citizen has the right to be an amateur in the matter of physical training. What a disgrace it is for a man to grow old without ever seeing the beauty and strength of which his body is capable.” In my conversation with him, he often refers to the ancient olympians and gladiators who not only displayed exceptional physical strength and skill but exceptional character as well. Through his homegrown and self-supported route to success and his general good nature, it seems like he’s got what it takes to achieve Olympic status.

Shawn Woods moved to Park City in fall of 2013 as a track and field athlete. With no college competition experience and some playing experience in the Quantico Marine’s club rugby team, Woods set his sight on a goal, moved to the mountains from Stafford, Virginia, and began training to be an olympian. One day while training in Park City, members of the US Bobsled team approached and recruited him for training, and when competing in their athletic combine, Woods scored First Place in every single competition category. Woods is fast—he knows it—and he’s beginning to smell success. SLUG met with him while he trained for Bobsled and Skeleton at the Athletic Republic world headquarters in Park City, to ask him about how he got to this point.

SLUG: What made you want to do track?

Woods: The daily neighborhood stuff like racing other kids. As you go up through the rankings as a kid, you start to realize, “Oh I could be pretty decent at this if I continue to try at it.” I just always had an infatuation with the Olympics. Greek mythology, the true ancient Olympic history of what those dudes stood for and the talent that they had outside of their athletic ability was just mind blowing to me so I kind of tried to emulate that.

SLUG: When did you start to realize you excelled at sports?

Woods: Probably when I got my first letter. I didn’t even take sports seriously until my junior year of high school. It was just something to do to get out of the house, honestly, and then I started getting recruited my junior and senior year for football and track.

SLUG: Is it the love of competition, or do you love pushing the limits of what your body can do?

Woods: I’m not even a competitive guy—I hate competition. I feel like, “Hey we’re all chillin,’ you’re in your lane, I’m in my lane—lets make each other better. Those are the type of people and friends I like around me. It’s more the limits of it. My mom told me “Limits begin when visions end.” I got a tat [of that saying] across my chest, it’s something that I live by ’cause the moment you stop believing in your abilities or what you foresee for the future and the plans you set for yourself is the moment that you start living stagnant.

Woods: My explosiveness. I distinctly remember doing jump squats, and as I was walking to the weight room, they asked, “Hey you a track guy?” I was like, “Yeah,” and they asked if I’d be interested in doing bobsled. First thing I said was no and they said I should try it out, so I asked what I had to do. They said you just literally push and you get in and put your head in between your legs and pull up. It’s a hell of a ride. I accepted, and one day turned into a week, turned into two weeks and then on.

SLUG: You got recruited by the bobsled team and then you were required to compete in the combine?

Woods: The combine is [a recruitment tool to identify talent] to see where you stand in the rankings [between] who’s coming in and the veterans, and to receive funding when you try out for the national. I got in contact with Jim Shea, our only gold medalist in the sport of skeleton he’s been sort of mentoring me. I reached out to him and sent him my videos and he hit me back, which I heard is rare. He invited me up to his house, and I sat down with him and talked to him about it, and he gave me the logistics and the pros and cons of being an American athlete. SLUG: You scored first in every category in the combine. Were you pretty confident you would score so well?

Woods: Yes and no. There was a guy from Princeton track team who they were hyping on, and I didn’t try to let it get to me too much. I could feel him watch me warm up, and then after seeing him run, I was like, “Oh, no, game over, dog—you messed up.” I was kinda just dancing around in my own element, headphones on.

SLUG: You’re training for the sport of Skeleton specifically now?

Woods: Yes, simply because the amount of weight that I would have to gain for bobsled would slow me down. It takes a lot for me to put on weight because my metabolism is so fast, and I’m constantly moving around. They prefer more weight because, obviously, the more weight in the back pushes the sled down faster, so they want football guys, but skeleton seems a lot safer. I’ve crashed in a bobsled and it’s not fun. [In] skeleton, you can flip over, but I’d rather flip over with a 100-pound sled than a 1,000-pound sled.

SLUG: Paulo Coehlo’s book, ‘The Alchemist’ is something that you say inspires you. It talks about the existence of a personal legend. Do you think there’s an analogy for you in that idea, other than achieving your goal of becoming an olympic athlete?

Woods: I’m not even worried about the olympian attached to me. Overall, I do what I said I was going to do. I say I’m going be a good person, I be a good person. When I think of “olympian” I think I want to be remembered. I want to live forever. When people ask who knew him, what do they have to say about him? I want to live until I’m 100 man, and you only do eight years of this. When it’s all said and done, start helping other people. You want to write a book? Let’s do a workshop, stuff like that. I’m a humanitarian—I love peace and happiness. I’ve been through it all. Nobody’s story is sweet, but I’ve seen the darkness. I’ve been in rough spots. You never know when it’s gonna be taken from you so you might as well live as illiminated as you can and let your light shine as bright as possible while you’re here so it never dies, you just pass the torch.

SLUG: Who are some of the people you’ve met here that you want to mention?

Woods: My trainer, Eric Walker, is a great help. He’s very informative, and he knows what he’s talking about, and the whole Athletic Republic family. Julian Carr, he owns Discrete and is a pro-skier. He taught me that, being in the competitive world, it’s all about what you can show, son. Yeah, I saw your video, and that’s cute, but now you’re here: Show me. He owns the world record for doing a front flip off a cliff—obviously, he’s shown people. He’s been a big help. He chimes in when needed. He humbles me and motivates me. Each one of them I have my own personal relationship with, and they all give me something that the other one doesn’t. I’m out here by myself, and these people are my family.

Since his move to Park City, Shawn Woods has been on a gradual uphill slope to athletic success with no financial assistance. There’s no denying his talent or his drive and desire for the olympic lifestyle and no telling what he’ll be able to accomplish when picked up by the right team willing to invest in his success.