SLUG Mag Soundwaves
Episode #395 – Cotes
00:00 / 18:06
Spotify Stitcher
RSS Feed
Share
Link
Embed
Dear Cop, Since “it’s not normally for traffic violations” that a cop interacts with a cyclist, I ask: What is the normal reason that cops interact with cyclists? Do cops have a method of profiling cyclists at night? If so, what do y’all look out for? I want to be aware of any socio-economic discrimination (targeting poor people) we might be subject to at night. 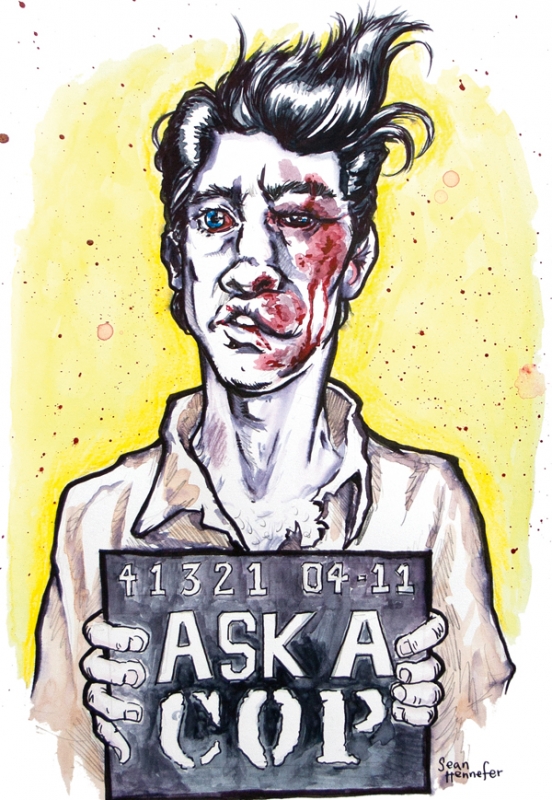 Dear Cop,
In SLUG’s January issue, you respond to a question regarding bicycling, including:
“Cops interact with bicyclists because many of them are out committing crimes or have warrants.  … Just about any bicyclist I stop at 3 a.m. is going to have one or all of the following: a. An arrest warrant b. A false name c. Drugs e. Burglary tools f. A backpack with stolen shit … If I stopped a car at 3 a.m. for any violation on any street, my chance of snagging a similar perp out making someone’s life miserable is low.”
Cyclists often carry bags because, well, they’re on a bike and they may not have/be inclined to use packs that are attached to their ride. Unless burglary tools, drugs and/or stolen shit are readily apparent elsewhere, the bag aspect seems integral as to why a cyclist would be pulled over if the cop finds it more advantageous. I, however, find it difficult to believe that the dude wearing a jersey, messenger cap and a Chrome bag on his Bianchi would be pulled over as soon as the middle-aged, bearded dude riding a Diamondback with a backpack (The trust-fund kid on the fixie will probably, more often than not, have drugs on him just as much as beard dude).
Since “it’s not normally for traffic violations” that a cop interacts with a cyclist, I ask: What is the normal reason that cops interact with cyclists? Do cops have a method of profiling cyclists at night? If so, what do y’all look out for? I want to be aware of any socio-economic discrimination (targeting poor people) we might be subject to at night.
Yours truly,
Rootbeer Rick « The false name was in my shoe, not my backpack.

Dear Rootbeer,
Yes, a cop profiling criminal activity in the middle of the night is more likely to go after a dude on a bike than in a car—especially the bearded dude with the backpack that says “Rootbeer Rick” on it. Why?  Because there is a very good chance that the dude is a criminal.  I’m not saying that because I think it’s so—I’m saying that because it is so.  Obviously, that’s not going to play out during the day/business hours.  Cops who work the day shift profile other types of criminal activity, which don’t include bearded dudes on bikes.  As you suggest, if I stop one of them during the day, there’s a very good chance that I’ll snag an innocent messenger.
If you’re implying that a greater percentage of bike riders are poor people, I can’t speak or have any knowledge of that.  I doubt that it’s true, though.  What I can tell you is that people on bikes in the middle of the night, with backpacks, almost never have proper illumination, and ride on sidewalks. Almost every time I stop them, they are out committing crimes or are wanted—that’s why they don’t have proper lighting on their bikes and ride where they’re not supposed to.
The dude tooling down State Street in the middle of the night with a helmet, headlight and flashing tail light is going to be less of a target for cops than the blacked-out bike dude in a neighborhood.  It’s just common sense.  Cops are trained to profile criminal activity and cops spend almost their entire working day or night profiling.
I’m not stopping these dudes at night for drugs.  Do we snag the occasional dealer? Yes, but it’s a rarity.  I couldn’t give a shit about any bike rider’s teener of meth or joint.  I stop them because they’re committing property crimes like stealing your bike, burgling your car or business or spray painting gang shit on your house or fence.  –Cop

Have a question?
Email [email protected]