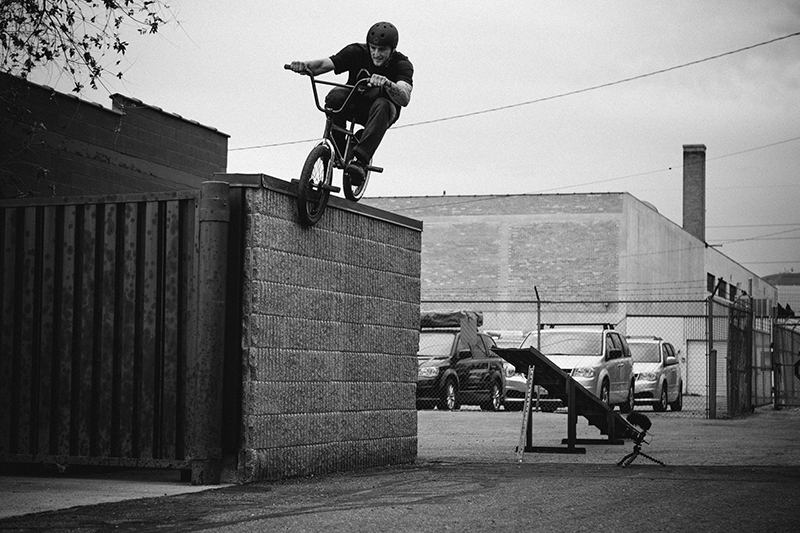 I’ve known Brady for a few years now, and he’s always been one of my favorite people to have in front of my camera. I met him randomly at a skatepark on a summer day in 2013, and we’ve been riding and shooting together pretty consistently since then. In that time, I’ve watched him blow up from being an underground shredder from Idaho into a fairly well-known name in BMX. He’s picked up a few sponsors along the way (Volume Bikes, Merritt, 5050bmx). Still, he stays as humble and low-key as he was the day I met him, despite consistently blowing minds every time he touches his bike like on this spot created by some clever street trigonometry.