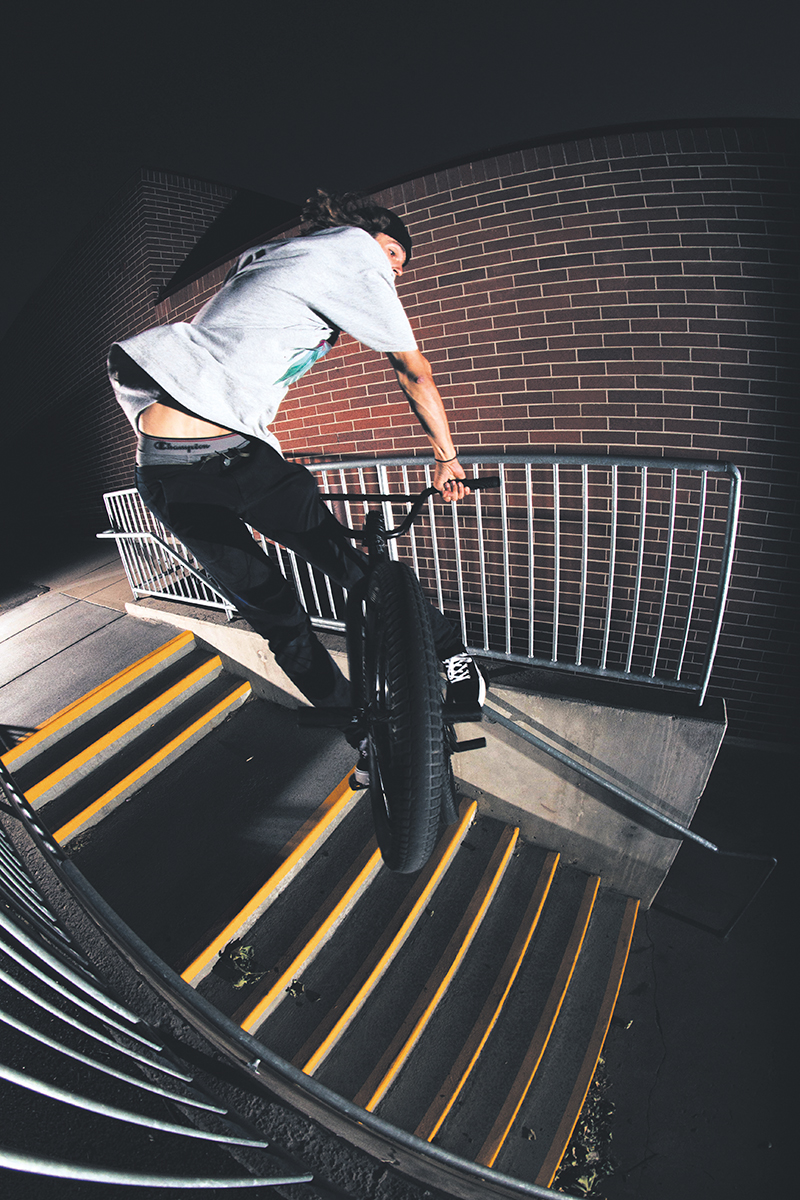 David Pendleton recently moved back to Utah after a stint in Huntington Beach, California. While out in California, Dave managed to take a trip to China with the dudes in the Common Crew, scored an interview for RideBMX.com, and handled filming and editing duties for some well-known names in BMX. Since being back in Utah, I’ve only ridden with him a handful of times, but he’s already become one of my favorite dudes to work with both on his bike and behind his camera. He came back to Utah and immediately shut down his old elementary school in this shot. Keep an eye out for Dave to blow up in the very near future.