I interviewed Sam in 2011 for SLUG—our first FGFS rider profile. Sam was the first of the crew to start riding fixed about seven years ago, when most of them were sophomores in high school. Jackson started the blog on foadfixed.com nearly two years ago as a way to post their edits and connect with the FGFS community outside of Salt Lake, beginning with a video of Evan. That’s when FOAD became official.

Mashin’ and Thrashin’ with FOAD Fixed 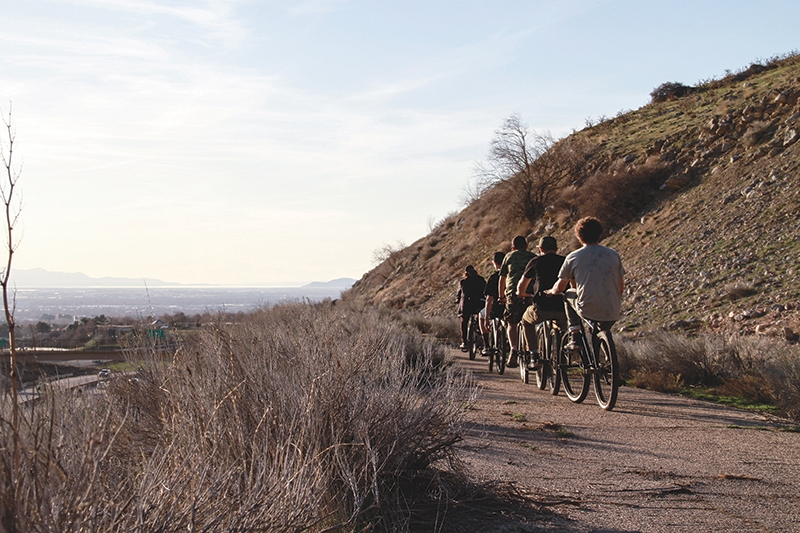 My phone lights up with a message from Jackson Bradshaw: “We’re on our way.” SLUG photographer Jake Vivori and I are sipping cans of Miller on the Spedelli’s patio, soaking up the illusory warmth of a spring day in Salt Lake when the FOAD crew arrives, a couple of them on bikes, the others in a Subaru with sturdy-looking bikes mounted on a rack. The four of them—Jackson, Sam Allgood, Parker Thompson, Evan Service, Izik Service (joined by their friend on BMX, Bryson Dallin)—are the foundational members of a fixed gear freestyle crew that stems in Salt Lake, but claims members up through the Pacific Northwest, and I’ve been fascinated by them for years for one big reason: They’re still riding.