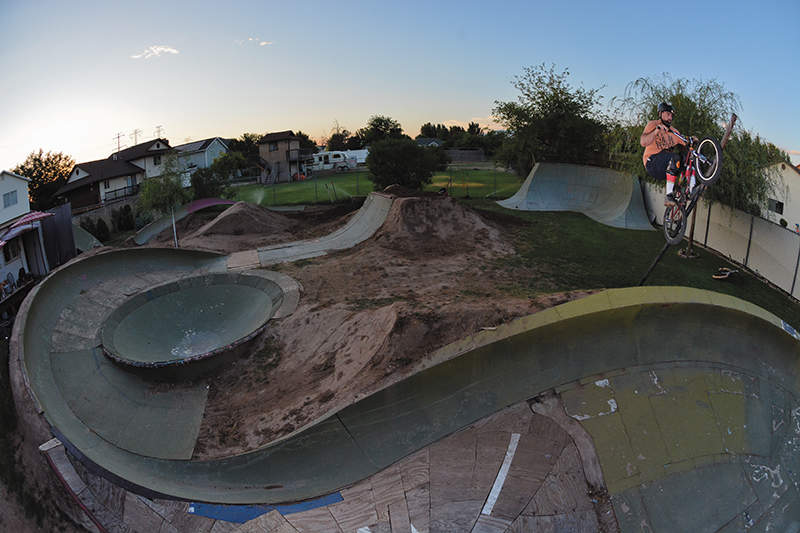 I remember seeing a video of Matt Beringer back in the late ’90s hucking front flips on a 40-pound redline in the old Vans Triple Crown contests. For a rider well over six feet tall, his ability to ride any terrain is truly imaginative. Matt had a legendary backyard at his old house in Layton that was so famous that the finger-bike toy company FlickTrix even made a scale model of part of it. Matt relocated back to Roy a couple years ago and has transformed the backyard of his childhood home into yet another one-of-a-kind playground—he’s even incorporated old waterslides into his creation, which really borderlines on the mad genius of Willy Wonka.