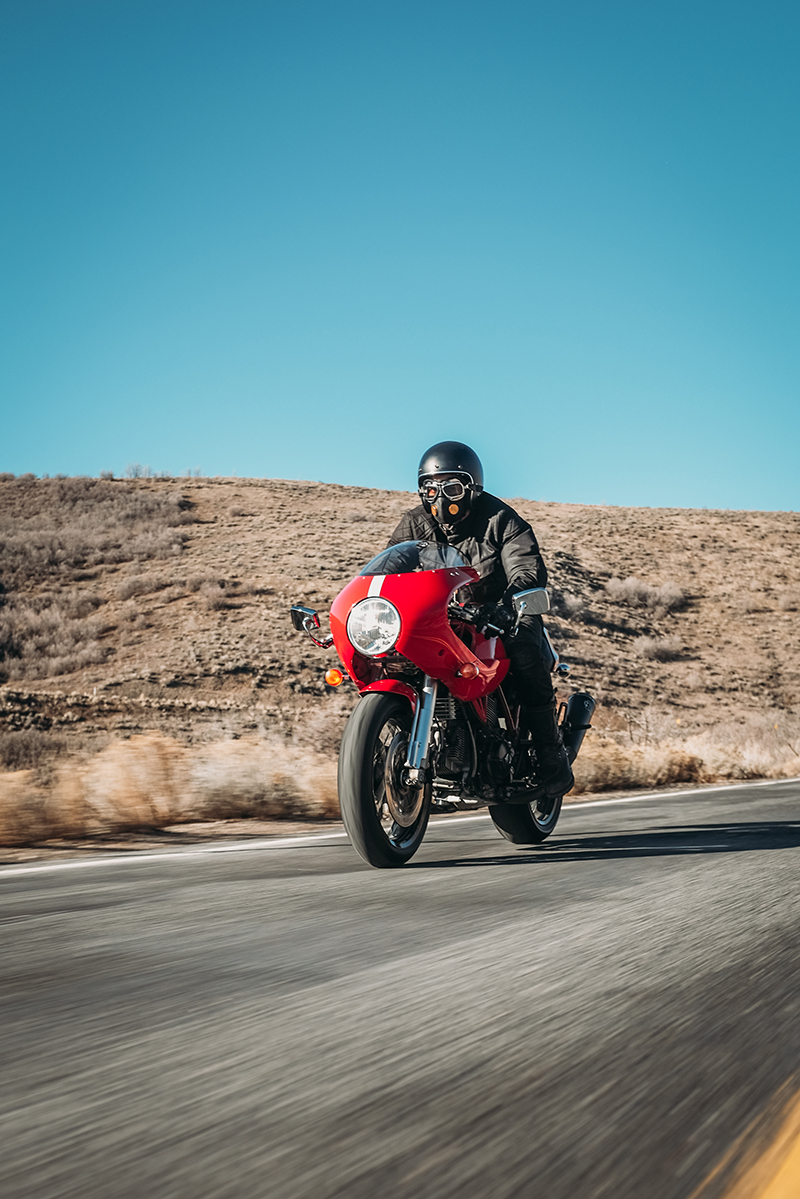 Juan Coles of events company Loco Lobo is one of the brains behind the Utah’s custom motorcycle show, Salty Bike Revival (SBR). With Jason “Rev” Clark of custom shop Salt City Builds as a partner, Coles hopes to bring something never before seen in Utah to Salt Lake City. There have been meetups and shop barbecues before, but in Coles’ opinion, there hasn’t ever been something like SBR. “It’s more art-gallery-like in terms of the bikes, the painted helmets and the tanks and hung art—it is more highbrow,” says Coles. “A motorcycle just standing there on its kickstand is a magnet by itself. People who don’t ride and never have had the desire to ride might be convinced otherwise just seeing it. … You can’t really not look at them.” The show will feature custom motorcycles built by local shops, helmets and gas tanks painted by local artists and photographic prints and other art as well as giveaways and live music. The event will be held at The Fallout on Aug. 22 from 2 p.m. to 2 a.m.

Coles and other organizers feel that Salty Bike Revival should attract people who usually wouldn’t attend a motorcycle event. “We have a silent auction planned for the art pieces,” says Coles. “We are gonna have a couple of bands and a couple of giveaways for the Best in Show builds for individual builders as well as build shops. Next year, we will just get bigger.” Organizers say that there will be booths set up by different vendors, including booths with lifestyle products that will appeal to people who don’t have a motorcycle. Attendees will be able to get drinks at the bar and then browse the booths while looking at custom bikes, which will be displayed throughout the venue on platforms, more like art pieces than vehicles. There will also be prints by local photographers who are well known on the national scene.

Utah’s motorcycle scene has been on the up lately—many of the industry’s most popular photographers and brand ambassadors call Utah home. “Utah has long been known for its motorcycle history with BUB Speed Trials and Miller Motorsports Park racing,” says Coles. “We have enough of a culture here that I think a motorcycle show can thrive and begin. It was time.” On the heels of their last successful motorcycle event, Motos in Moab, organizers hope to parlay previous momentum into the show this fall. Motos in Moab was a gathering of riders from all corners of the country for camping, riding and general mayhem, whereas SBR is intended to be more relaxed and welcoming to riders and nonriders alike. Entry will be free thanks to sponsorship by Ural Motorcycles, a national company that produces motorcycles equipped with sidecars. Other national brands are providing product and support, including Iron & Resin and Biltwell. Many local companies have signed on as sponsors and will be displaying their wares as well as providing goodies for giveaways. “I make it a point to invite every type of bike and every type of rider from every walk of life and every background,” says Coles. “I know that’s kind of going against the grain, but I do that in my life anyway. It is an idea that doesn’t really resonate with everyone, though I think that deep down, it does.”

Coles purchased his first motorcycle more than a decade ago. It all started when he attended a bike unveiling at the Ducati dealer, now Harrison Eurosports. “It was the new S4RS,” he says. “This was in 2006, and they had a red carpet laid out, Ducati hotties, wine, food, and I just kind of tractor-beam-zeroed-in on this bike. I knew it was the one.” Six months later, it was in his garage. “She’s raw, she’s loud and she’s fast,” says Coles, who finds that riding a motorcycle is a spiritual experience. This feeling ultimately led to calling the show a “revival,” in the vein of old-time evangelical meetings. “[Rev and I] went through maybe three to four drunken hours trying to figure out what the hell to call it,” says Coles.

Coles hopes that this will be the inaugural year of what hopefully becomes an annual event. “My humble dream and desire is to kind of get to a point where it’s a to-do thing,” says Coles, “where people around town and from outside this city will mark their calendars and say, ‘Hey, let’s schedule some time for this.’ I’d like it to be known as a place where people will come from all over to showcase their motorcycles. Utah has more to offer than just a place to look at bikes—it has a lot in terms of riding the bike. I think it’s gonna be a magnet for both things—to stretch your motorcycle legs and to look at them.”

Salty Bike Revival will be held on Aug. 22 at The Fallout (625 S. 600 W.) from 2 p.m. to 2 a.m. Admission is free. See saltybikerevival.com for more details. “Everyone’s just gonna hang out, enjoy each other’s company and the art that is on display, have some food and beers, and hopefully, people will take something from it,” says Coles.