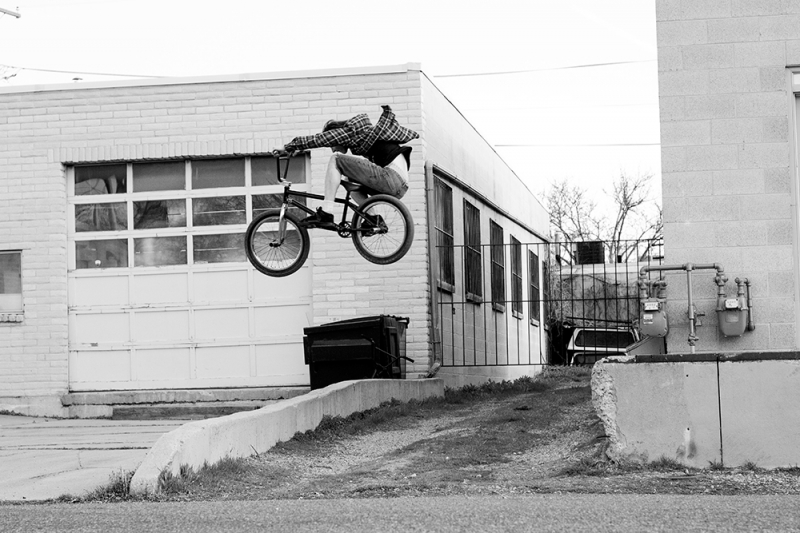 A transplant from Springfield, Missouri, Logan Baker has been low-key killing it in SLC since he got here. He’s recently started coming out to cruise the streets with us and has definitely turned some heads. He seems to be able to do whatever he wants on his bike—on command, multiple times. When we shot this photo, we were just rolling around one night, looking for some new spots, and Logan called this gap out. I was mostly concerned with getting clips while we were out that night, so I didn’t have all of my photo gear with me. We filmed this gap a couple times, then I realized how cool of a photo it would make. Of course, Logan was down to send it again. Without my usual array of strobes to set up, I gave in to the natural light gods, and we got this banger captured on multiple formats. Look for the clip in the upcoming Death Culture mixtape.
Photos: