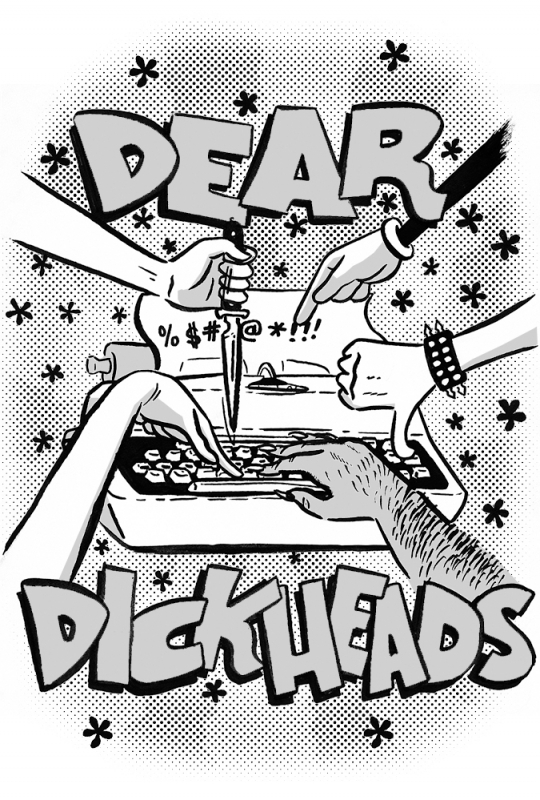 Dear Princess Kennedy,
I’ll begin this letter by paying my respects to the free and transparent, kick-ass life that you lead. No one else in Salt Lake City embodies the I-don’t-give-a-fuck, queer DIY lifestyle as well as you do, and you’ve been doing it for a long-ass time. Us young queers have you to thank for the Salt Lake Underground to be as accepting of all things freaky and weird as they are now. So … thank you. Now, here’s my issue with last month’s column—I respect your decision to identify as and call yourself a tranny … but … it is not O.K. to lambast other people who take issue with the word as it’s used against them, and it is especially offensive that any person would define someone else’s identity against their own repeated public insistence otherwise. I hope that with your strong voice in our local community you could be more respectful of the spectrum of trans* identity that doesn’t quite fit your own.
Besos y abrazos,
Christian Schultz
Dear Christian,
This is interesting. What we have here is old-school tranny versus new-school queer; Go-Gurt versus #icantimvegan; John McCain versus Miley Cyrus. There is solely one way to solve this. Big Freedia hits The Urban Lounge on Oct. 15: bounce-off—you and Kennedy. Tucked-balls-to-the-wall partier versus bookish-everything-is-queer; shaved, oiled, fake-bake booty versus bright-white chicken legs; semicolons are “transvestite hermaphrodites,” according to Kurt Vonnegut, so it’s OK that I used this many. Queer everything, all the time.
xoxo,
SLUG Mag
Dear Dickheads,
I love Mike Brown’s column – that guy is funny as hell. I’ve seen him bar tending and stuff though, and I’m pretty sure he’s not in his mid-20s like says in his article from August about crafting disasters. Isn’t that guy like 38 or something?
xoxoxo,
Bart Simpson
Dear Bart,
Mike Brown—physically speaking—may be 38 (or 45, or 62 …). Mentally speaking, though, he’s about 14 and 1/2. He’s a liar either way.
xoxo,
SLUG Mag
Photos: