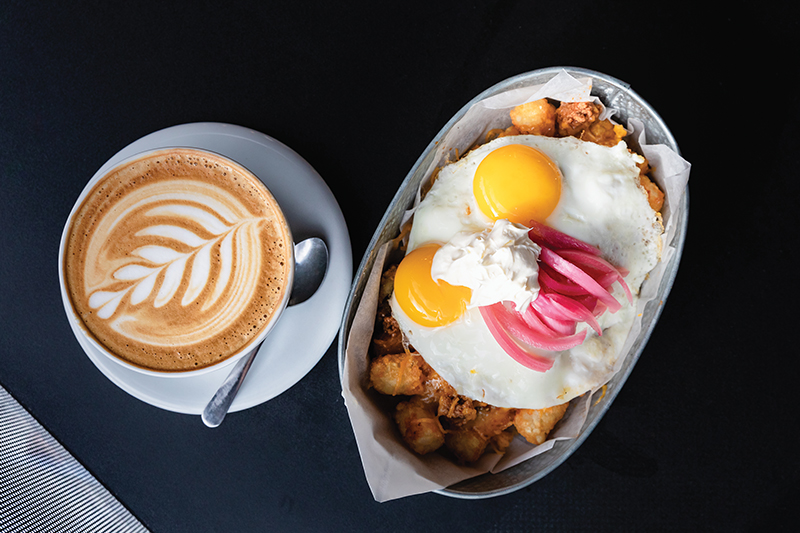 Enter nostalgia: Around eight years ago, I remember walking into Big Ed’s as a teenage SLUG Magazine distributor.  The bartender gives me a dirty look and demands ID while I promise that my only mission is to deliver this salty rag to the good people of Utah. Fast-forward to today, and I’m of legal drinking age and going to school at the University of Utah.

Since Big Ed’s opened in 1968, more students have drowned their (over-) workloads into tap beers, fucked-up conversation and more bowls of chili than any human is capable of conceiving. A little-known secret is that during finals week, the best of the 21-plus U of U crowd went to the bar between tests to work up a buzz, read the New York Times and do community crosswords over “brunch.” It was a Christmas-light-adorned, rough-barstool-filled, worst-maintained fish tank you’ve ever seen hole-in-the-wall that could, if only briefly, ease the minds of stressed out students. This is the Big Ed’s I remember, RIP.

One day, due to the follies of man, Mom (Linda Lin) and Pop (as they were fondly called by regulars), left a note on the door saying that they were calling it quits and never returned. After about a year of being dormant, the good people of Publik Coffee bought the space and spent that time reimagining what a future Ed’s might look like. To that effect, Publik gutted the stale image of Big Ed’s and brought light to the situation.

Easing now into Publik Ed’s, we get a breathable all-ages vision of college that every walk of life can take in. The space that once resembled a hybrid, cave-like version of Moe’s Tavern and Eric Forman’s basement was entirely dismantled and brought up to health-code longevity. Everything that came from this renovation was clearly designed to create a welcoming and inclusive environment. Wraparound windows throughout the building bring in tremendous amounts of light, highlighting the restaurant’s most important centerpiece, a boxed-in coffee bar that customers can sit at or order from. Inside, customers are offered additional table seating around the space, where they can see out to the patio seating and a broad view of President’s Circle.

While the new look was designed to bring people in, the food and drink menus’ sole purpose is to keep everyone coming back. Essentially, Publik took the simplicity of the original Big Ed’s menu and recreated it with better ingredients and healthier options. A famed item from the original menu is the Gawd Awful ($7). As one of the best-conceived takes on garbage hash, Gawd Awful is a thorough layer of tater tots covered in house chili, melted cheese, pickled onions, sour cream and two over-easy eggs. Over the years, my preference has been to drown the fucker in Cholula to really make the angels sing, but I digress. This beast holds up to the girth of its predecessor, offering just the right image of breakfast’s messiest food, while marrying the perfect orgy of oddly complementary flavors. You’re getting some salt/vinegar crunch from the onions and tots, survived by a meaty-chili-homey-ness feeling, finally rounded out by eggy, sour cream and cheddar goo. Man, that’s livin’.

Moving into lunch, there’s nothing better than a cheeseburger ($8.50) done right. When it comes to “The Ed’s Burger,” we’re talking house-ground brisket/chuck patty, onion relish, secret sauce and American cheese, topped with butter lettuce and fat tomato on a fluffy, toasted bun. When you’re at the point where you’re trying to decide to (rightly) add bacon ($3) or a fried egg ($1.50) is when the realization hits that all ingredients at Publik Ed’s are conscientiously sourced and come from good places. If that weren’t enough, Publik uses no deep fryer, meaning that everything is baked, griddled or grilled. This cuts some of the temptation to order fatty sides and pushes toward items like baked tots ($3) or the side salad ($2.50), which delivers croutons, seasonal greens and a delightfully lemony vinaigrette.

Much to the awe of those who thought that the Big Ed’s beer license had died with its untimely demise, it survived—and they were wrong. As per Utah law, the “moat” was constructed in the form of a hole in the wall behind the coffee bar, affectionately labeled “Beer Hole.” Per the logic of Utah, alcohol that is poured out of sight from minors allows for the existence of an all-ages alcohol-vending establishment. This enables the Beer Hole to offer an ever-rotating beer-only selection. Naturally, those not wishing to drink are welcome to try the large selection of Publik Coffee’s hot and cold, seasonal-drink specials. While one can never go wrong with a latte, the Harvest Moon ($4.50) makes for an exceptional cold beverage. Brimming with apple and pear cider, all the while accentuating expressions of orange, clove, cinnamon and topped with soda water—who’d have thought festive and refreshing could mesh so well?

As old must eventually be replaced by the new, Publik Ed’s has managed save a piece of Salt Lake City history, both physically and on the palate. To that effect, there is no nobler a cause in creating a community identity than what has been done here. For this, we take our hats off to Publik Ed’s.