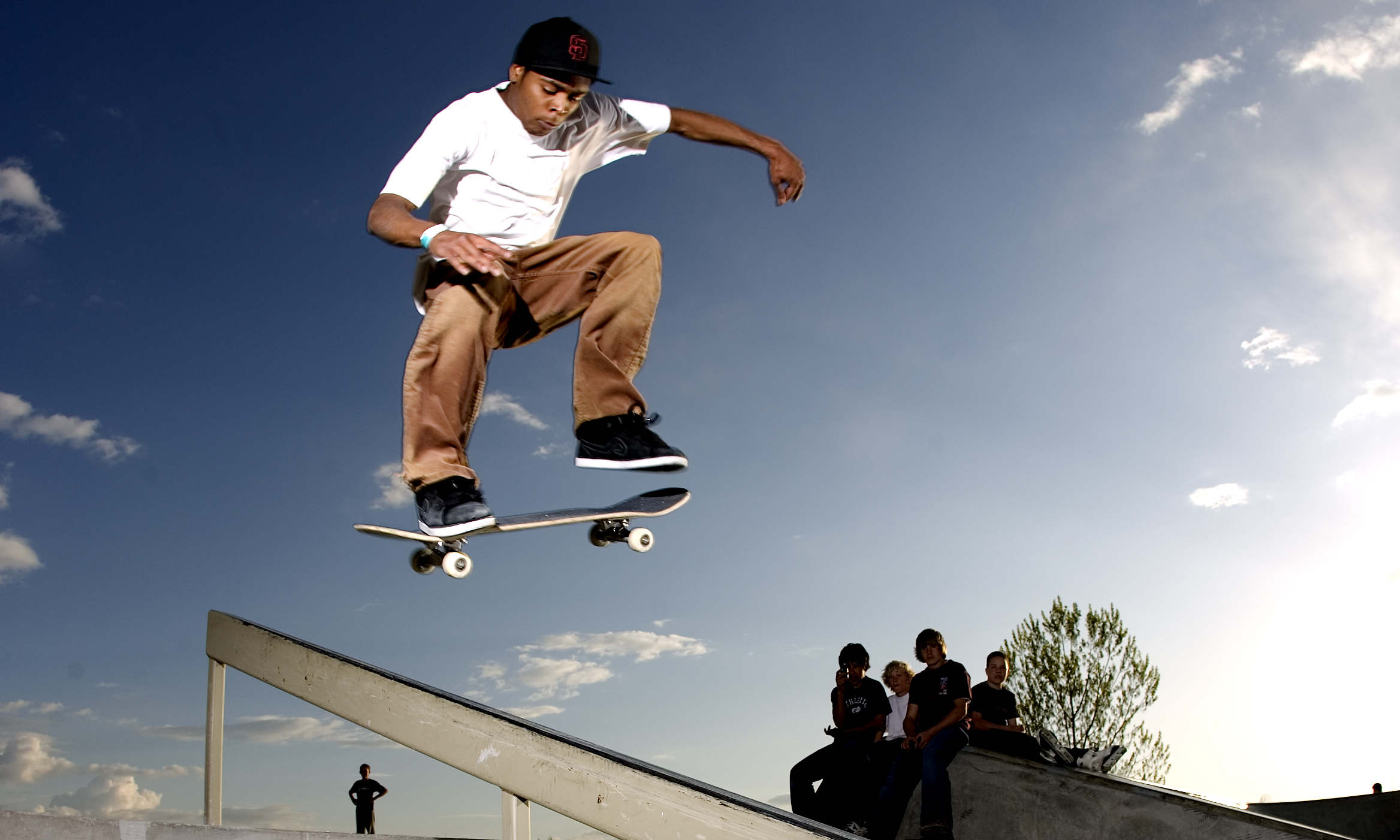 This is the Place: American Fork Skate Park

Wow, for once the above phrase “This is the Place” has relevance in Utah other than the pristine nature our state holds within its borders. American Fork Skate Park is now Utah’s best-poured concrete marvel. I’m not sure who designed the park or for that fact who built it. I do know that they did one hell of a good job though. This is by far the best park in Utah. Of course, it’s not in the valley where the majority of skaters live, so it maybe hard for the young ones to get there. Maybe your parents can drop you off on the way to a BYU game. Hopefully, they will forget to pick you up on the way back home. The park is located between the 500 east and Pleasant Grove exits on the I-15, either one will get you there. It’s on the east side of the freeway and can be seen from the car. When you arrive at the park you should be amazed by the size and perfect layout. There really is not much there for the beginner tikes, so parents please leave the helmeted razor freak children at home. Don’t be so cheap and pay for day care. The street course is the only one in the state with decent hips and banks. There is a bank to wall, small and big quarter pipes, manual pads and ledges. The coping is great as well as the metal ledges on the boxes. For all you rail kids, realistic ones with stairs on one side and banks on the other are there for your pleasure. On to the three-leaf clover bowl monstrosity (on a serious note, the bowl is not for the light-hearted or no-balls-carrying type). I’ve heard Levi Faust is holding down with kickflip pivots though. That is pretty amazing considering the shallow end is nine feet. The other two leaves are between eleven and thirteen feet with plenty of vert and maybe a little oververt. Rumors abound of Utah’s first professional contest going down in this bowl, as well as Agent Orange playing along side of it. That will be the day. Hope it happens, I would love to see Rune, Omar, Mountain and Burnquist destroy this place.

While you’re at the park watch your behavior because the police live right behind it. Be sure to check out the local park razor champion Jake Dirt. This kid is a mix between that little rat boy on the Road Warrior and Joe Dirt. When you see him you will know exactly what I am saying; he could win a mullet contest in Alabama. I’ve seen him foaming at the mouth. He may have rabies.