Skip to content
MENUMENU
Hailing from the garbage state (New Jersey), Brian Berec moved out to SLC seven years ago. He came out here to snowboard and explore as many spots that I could find on and off the mountain, he says. 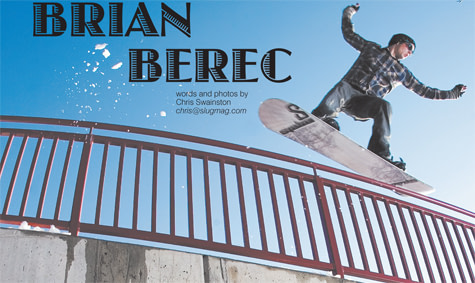 Hailing from the garbage state (New Jersey), Brian Berec moved out to SLC seven years ago. “I came out here to snowboard and explore as many spots that I could find on and off the mountain,”? he says. It was the typical broke-joke lifestyle – shacking up in a tiny studio apartment, rocking bunk beds with another friend from Jersey, living off of nothing and experiencing everything. 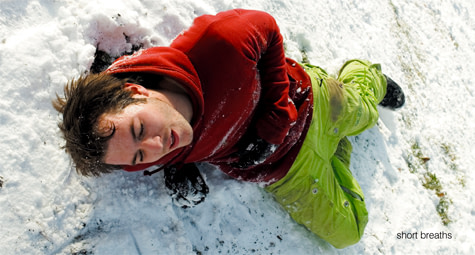 The first time I met Berec, he didn’t even give off the persona of a snowboarder. He came off as a mellow cat that drank a bit on the weekends, worked and did his own thing in a medium-paced life. My first impression couldn’t have been more wrong. A few weeks later, beer in hand, I was caught in a trance starring into one of the Jackalope’s TV screens. The Smith video was playing and I noticed all these local spots pop up. I turned to my friend Kendal to ask him whose part it was. He laughed and pointed across the table. “It’s Brian. He fucking rips and he filmed most of it by himself.”? From then on, it became apparent that Brian Berec didn’t live a mid-paced life. 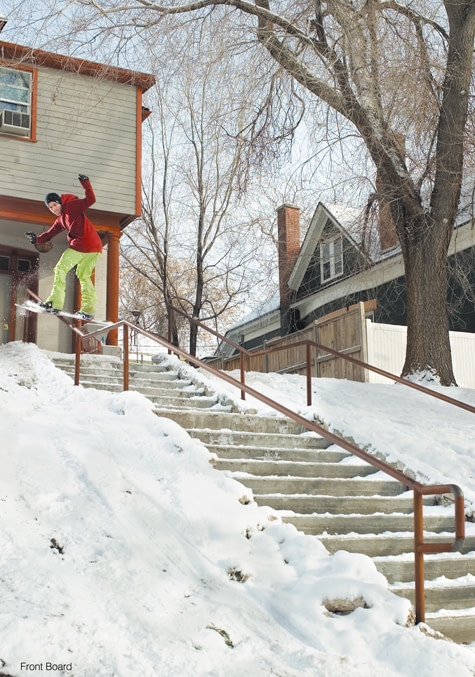 One of the raddest things about Berec is how motivated and on point he is with his snowboarding. A couple months ago, he rolled over to my house with a head full of spots to shred. It was just him, Fuzz and myself cruising up to the U for a lesson in shredenomics. This was the first time I had ever gone out with Berec. It was a little weird at first since there were only the three of us. I’m so used to sessions being annoyingly large with one photog, two filmers, three dudes riding and four modeling cigarettes on the sidelines, all trying to get footy. When we got there, Berec and Fuzz busted out their shovels and had everything set up in about 15 minutes. Berec landed what he wanted in three tries and we took off to another spot. He never set up a camera and never stressed about anything. He just came, conquered and left. It happened so fast, I was a little stunned. I wasn’t even sure if I got the photo. We checked out three other spots that day. None of them really worked out, but I didn’t care. I was hyped that he even had more than one spot idea in mind. This kid really takes a close look at the world around him, discovering spots in places I would have never even thought to look. Berec’s shred sessions are more or less low-key like this all the time. When he first moved out here, he was so ecstatic with how much Salt Lake had to offer in the sense of snowboarding that he would go out and hit anything he saw. It was like a smacky scoring a fix. The only thing to settle Berec’s nerves was snowboarding. This led to self-filming tons of his own footy. “I think I have A.D.D. My mind wanders. Typical nights alone, I will switch an activity several times in several hours, and with snowboard spots close to your house, I would just go out and try to do something, he says.

Setting up a tripod to hit a spot by yourself is no picnic in the park. Nobody is there to hype you up. The first drop is all you, and nobody is there to un-click your bindings after that horrendous slam you just took. A friend of mine told me a story about Berec slamming into a wall and breaking his arm after sliding a massive double down by himself. I couldn’t believe anybody would be that gnarly with nobody around to see it, so I asked Berec about his worst slam while out on a solo mission. “I was filming on a ledge at the U when I got hung up and pitched to my chest, knocking the wind out of myself. I just lay in the road, struggling to breathe for a good five minutes, hoping if a car came they would see me and not hit me.”? If that was me, I would never snowboard again, but for Berec, it’s just another day. He takes things how they come and always keeps a good attitude about it. His mellow, cool vibe rubs off on everyone around him, and that’s why every session always goes so well – it’s all for the love.

Lifestyles Projection Movement and Danksquad have been around for the ride, helping Berec out with some gear and good heads to film with. When he is not shredding, he hustles tables at the angry quail to make ends meet and rests up next to his beautiful girlfriend Jenny. As long as there is snow on the ground, he will keep on shredding every time an idea rattles his brain, whether anyone is there to see it or not.
Today’s lesson in Berecology: Put down that cig, forget about the footy and just rip it.