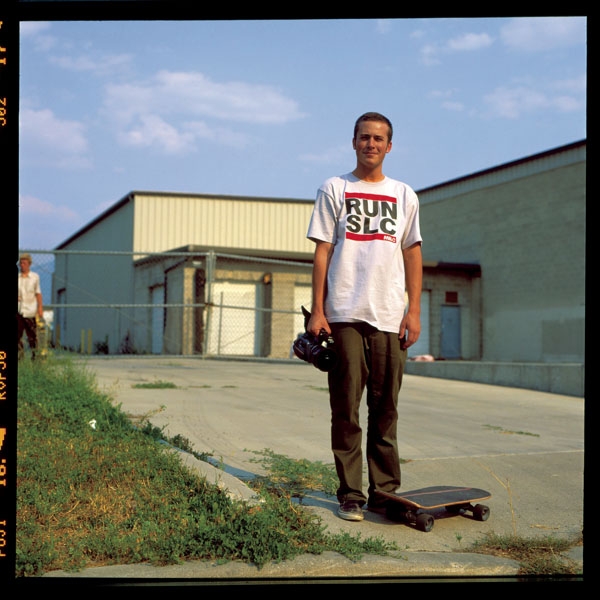 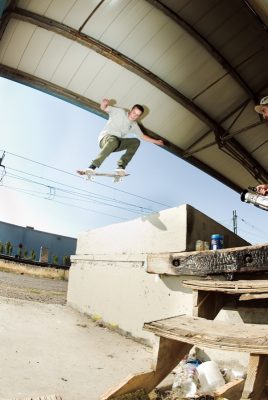 At 19 years old most kids are gagging on their fourth shot of vodka in the back seat of mom’s car before they try and sneak into the bar at Area 51, but not Brock “Butters” Nielsen. He’s waking up early in the middle of winter to meet up with friends like Matty Ryan and Cale Zima to get ready for an all day filming session. “It’s so busy in the winter time,” says Butters, “We’re out all day every day from  eight A.M. to two A.M.”  Butters first started filming while skating and snowboarding with his friends, using a Sony VX2100 at the age of 16. “I fucking sucked at filming and blew every shot, but I kept at it,” he says. Now, three years later he’s a man-am graduate with the completion of his first snowboard video Bozwreck 3000.  The kid is a passionate pup that is always on point. Keeping it G-code with a bag full of tapes, two HD cameras to go along with his VX2 and tons of motivation. Filming is what he loves to do plain and simple. When you call Butters up to film you won’t get any lag from him because he doesn’t need to shower, roll a joint and eat before meeting you at the spot. Most likely, he’ll be at the spot before you, as was the case when I called him up for an interview. I was still sipping coffee at Nobrow when my phone rang with Butters on the other line, standing in my house wondering where I was. We posted up on the porch out front and I fired away with the questions to get some insight on filming and what ticks Butters’ clock.

SLUG: What got you inspired to start filming?
Butters: I don’t know. All my friends skated and snowboarded at the time so I just felt like doing it.

SLUG: What are some of your biggest challenges in filming?
Butters: In snowboarding it’s the weather. Sometimes it’s harsh, like negative five and that’s not even bad. I know filmers that have been to Canada filming in negative 40. The riders are fine, but you’re just standing there. Its also hard ‘cause you have to build the jump, the run in, the run out and sometimes you’ll get kicked out right when you’re done building.  It’s the worst when a super citizen kicks you out.

SLUG: How about in skating?
Butters:  Skating is pretty easy. I’ll have to motivate someone to go out every once in awhile. 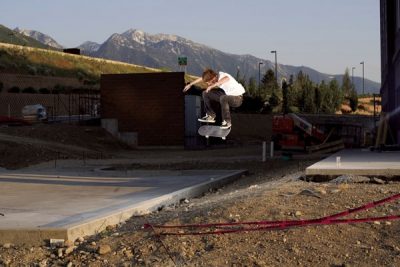 SLUG: Give me the break down on all the videos you have produced
Butters: I’ve made two full-length videos. The old Milo video Cosa Nostra, which sucks, I hate it, then Bozwreck 3000. I helped film Bozwreck 2 and have shots in the new Videograss film, Neverland and Hard To Earn, along with a bunch of random little edits on blip.tv and vimeo.com. I’m currently working on my next skate video that will probably be out in late November.

SLUG: What will that be called?
Butters: I don’t think I’m going to name it. It will be the “No Name” video. People can name it whatever they want. I don’t even know if I’m going to produce it beyond a premier and putting it on the web for free download. I just wanted to make a skate video for the homies.

SLUG: When does a video project start and finish for you?
Butters: I don’t know. I was going to put out the “No Name” video last year, but didn’t have enough footage so I pushed it back until now, which I’m glad I did ‘cause now Dirty and Isaiah Beh are going to have a full part, and Lil Jeff made his part just that much more gnarly.  People are going to trip when they see his part. Once you have enough footage just make it, no matter what. 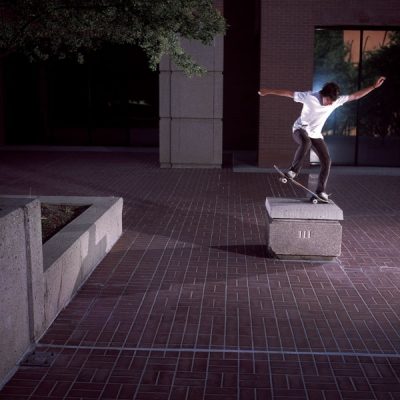 SLUG: Tell me a little about your creative process when you start editing?
Butters: I import all the footage into Final Cut with the song I want to use. Then I go through all the footage and just listen to the way the music sounds and match it with the footage. Listening to the music is a big key. The song makes the part. You’ve got to find a good song that goes good with the rider.  I don’t want people to skip parts because the song sucks.

SLUG: How do you pick a song?
Butters: I can pretty much remember every shot I film so when I hear good songs I start picturing everyone riding to it. If it goes good in my head I take it into Final Cut to play around with. If it goes good there I’ll show the rider to see if they like it.

SLUG: What are some of your goals with filming?
Butters: I definitely want to keep pushing it and turn it into a career and keep filming for the rest of my life. Hopefully somewhere down the road I meet the right people so that I can work for Discovery Channel or Animal Planet.

SLUG: What are your thoughts on the evolution of filming techniques and video production?
Butters: I like to study videos, watching how other filmers zoom in and out, where they put the rider in the frame, but I’m not the biggest guy on dollies, zip lines, and jib arms. I think they are a little ridiculous. I like plain and simple filming shots that look good.  Those high production shots just aren’t my style. 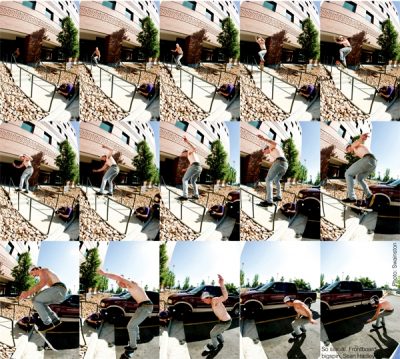 SLUG: There seems to be this new era of videos coming out where production companies are filming for years coming out with videos that are over an hour long, overloaded with lifestyles, malarkey skits and super extravagant intros.  What are your thoughts on this type of epic video production?
Butters: You don’t need all that extra stuff. I think videos need to be short and simple.

SLUG: What do you feel like is the next evolution of video production?
Butters: Hard to say, I guess it goes in whatever direction you want to take it. The Internet is huge with sites like The Berrics and Youtube.

SLUG: What are some of your favorite videos and most inspirational filmers?
Butters: The new Tilt Mode video and the Flip series videos, the Kid’s Know videos by Shelby Menzel, I don’t know him, but I definitely look up to his style. Shane Charlebois with Absinthe Films, Greg Hunt, Ty Evans, Jason Hernandez and my friend Erin Hooper all kill it. 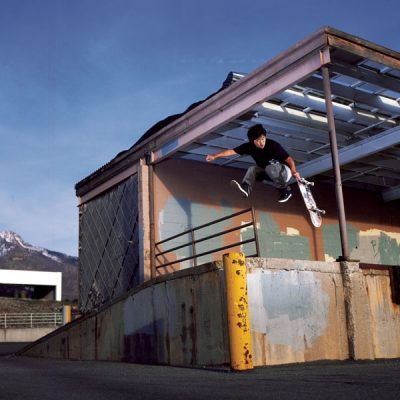 SLUG: How did you get hooked up with the Bozwreck crew and the other production companies you’ve contributed footage to?
Butters: I worked at Milo Sport for two years, filming with one of my best friends Cale Zima, then one year Matty Ryan asked for some footage of Zima and from there I met all these people.  Now it’s pretty much my job for the winter time.   It always trips me out when I think about it. I am filming professional snowboarders. I’m making videos of the snowboard world. I still have a long ways to go, but I’m definitely stoked to be where I am today.

SLUG: Any last words about filming or projects you’re working on?
Butters: It’s what I like to do. I love to film and edit videos. It’s the best to go out with my friends and film what they do, getting amazing shots of everything. Then I get to put it all together, have people watch it and hopefully they are stoked and hyped on what I’m doing.  I just hope I can keep doing it and doing it with the right people.  Thanks to everyone out there that has helped me along my way. I love all of you.