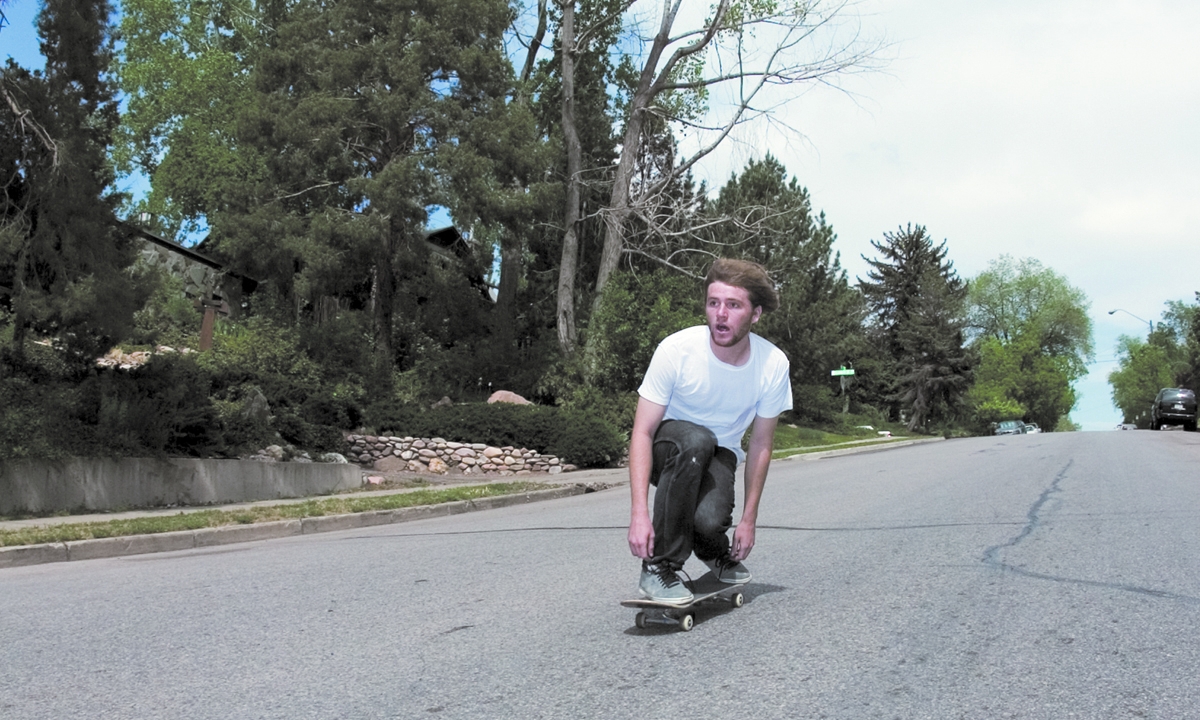 FROM THE DESK OF: RUSTY SHACKLEFORD

To whom it may concern,
I am writing this letter because of your lack of responsibility as a news publication. Yesterday as I was on my way home, traveling westbound on 300 South, I almost hit one of those crazy youngins. He was riding his toy right down the middle of the street, where us normal god fearin’ folk drive our Ford trucks. I honked, and all that little punk did was flip me the middle finger, they got no damned respect for us tax payin’ citizens. To make matters worse there was one of those god-damn immigrants, with what looked to be a stolen camera, photographin’ him doing it! As a responsible citizen I pulled over to check the brown one’s papers. He told me he was working for “SLUG” magazine. He was sayin’ he was photographin’ the scat boarder “bomb” the hill for and article in your publication. So I tell him, “Back in my day hills were made for walking on. None of this god-damn scat boarding! Bomb countries not hills I always say. Uh heh heh, none of this faggot-ass-hippie shit. If I were Bush I’d out law those god-damn scat boards. No good sons of bitches.” Soon after, the immigrant starts telling me some immigrant bullshit, I of course ignored him and proceeded to call the authorities. Those bastards are lucky they took off before the police showed up, if I had my way they would be rottin’ in hell with Osama. So now I turn to who I believe are the real culprits in this fiasco. If you would please not encourage these young idiots to go rocketin’ down hills in the middle of the street, tryin’ to kill their god-damn selves, that would be much appreciated. Further more, its you no good immigrant hiring bastards that are turning Bush’s America into a hell-hole. Stealin’ our jobs, marryin’ our women, breathin’ our air, GOD DAMNIT! I will say a prayer for you in hope that no one tries to “BOMB” your building!