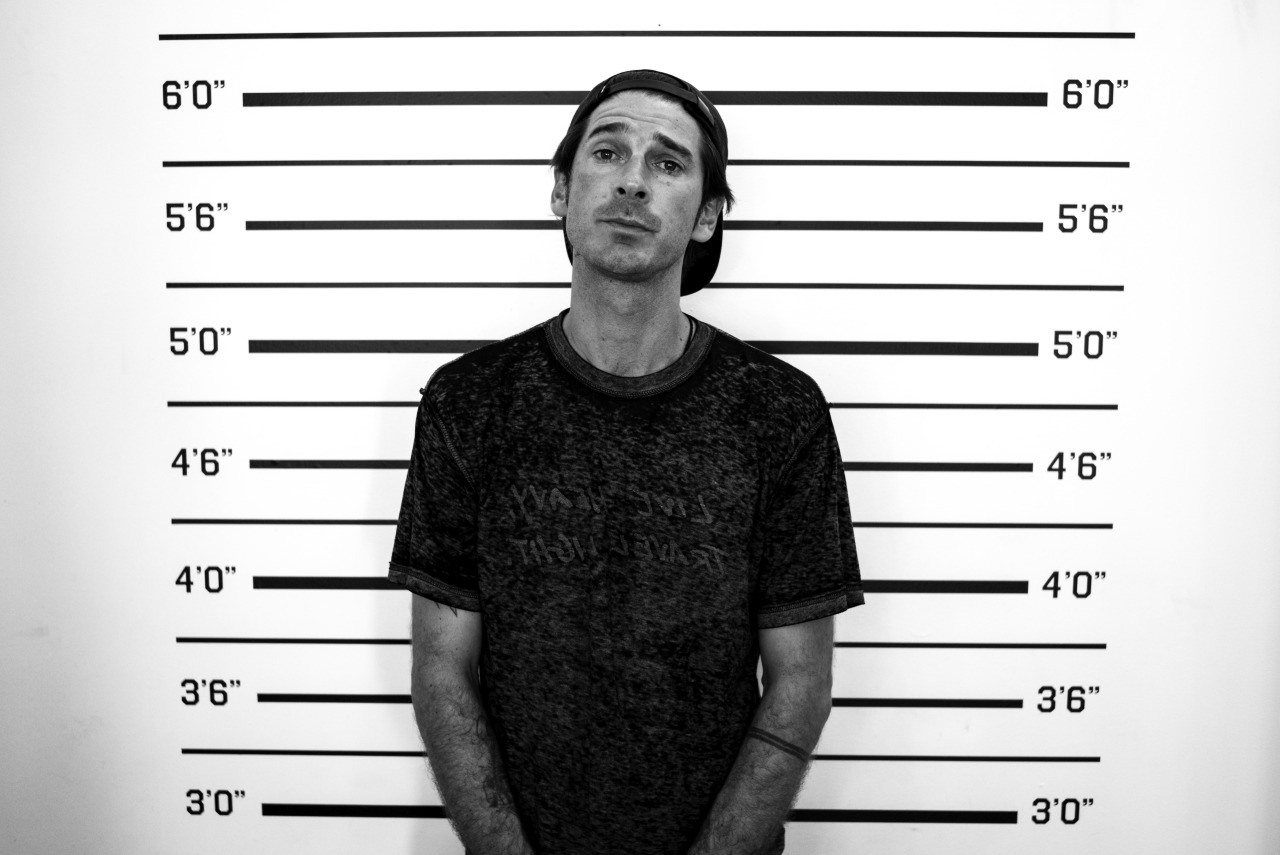 From the ashes of Hollywood Skateboards, fronted by Chris Markovich, comes the team that DJ calls a ” force to be reckoned with”- Hellrose Skateboards.

[DJ Chavez]Syndrome Distribution, once known for cookie-cutter-type skateboard companies (Status, DNA) is taking a chance with this band of “dirt bags.” The company has been looking for a hesh brand to put them on the map, or as DJ puts it, it’s as if they’re “farting to the wind to see if anyone smells it.”

“Hellrose is an army, a family and a ship to sail on” could be their credo.

The Hellrose tour started here in the Four Corners area, the birthplace of both James and DJ Chavez. The whole team is a family, finally all on the road together, consisting of The Nuge, Chavez, Atkin, J Roy, Ritchie Belton, and a few ams like Paul Otvos … out to destroy and conquer.

“With 12 people in a van, you’re bound to get shit done at every spot,” says Chavez.

The family hit the road from Los Angeles, which is where Hellrose house is located, and came to Utah. It was the first time the whole team had been together. They hit up parks and demos all over Utah, Colorado, Nevada and Arizona, and, of course, bro spots in between. Every one got plenty of footy. The skating was phenomenal. (Watch for upcoming ads and the video!) The ams were reckless tearing anything up put in front of them. And lots of barley sodas and different kinds of tobacco were consumed too, of course.

“We’re not a group of angels,” says Chavez.

After a hard day of skating, seeing the Salt Lake Valley and popping of a few warm-up sodas, the boys thought it best to meet up with Chad, one of the owners of Circle Lounge and Blindside Skate Shop. The “14 scuzzbuckets” arrived at circle after skating all day and not cleaning up, fitting in nicely with the suit-and-tie crowd. The sake flowed all night.

“Sometimes you fall into a coma before you really realize what’s going on around you,” says Chavez. But sometimes a little scuffle outside the bar will clue you in on what’s going on. Chavez offers the timeless advice: “Don’t say stupid shit in front of people you don’t know anything about.”

“Another major highlight of the trip was the huge, huge hacky-sack sessions,” says Chavez. Not your typical Liberty Park drum circle sessions, they were more of rocker-soccer, get-the-fuck-out-of-the-way hacky-sack sessions that became the warm-up exercises on the trip.

Unlike other skate companies, Hellrose is not just another moneymaking scheme. “It’s a project under our own supervision,” says Chavez. The team makes the decisions, the team owns the company. The team is the family. The team is HELLROSE!

Hellrose is a growing army. Anyone who represents Hellrose is Hellrose. It is a movement; it’s straight skateboarding. If you represent, you are Hellrose.

“I got 100 percent Hellrose tattooed across my chest,” says Chavez.

The whole team is set on getting Hellrose tattoos. DJ recommends those trying to get a Hellrose tat to go to Lost Art tattoo and get drilled.

One of the team’s greatest influences was our own Shane “Loco” Justus. “Shane is up there looking out for me,” says Chavez. A life inspiration for all that knew him, Shane always had that smirk on his face like he knew something you didn’t. Shane’s brother Gailon is an exceptional artist at Lost Art and would be just the one to do your tattoo. Tell him DJ Chavez sent you.

Hellrose gives shouts to the Utah crowd, including, but not limited to, and not in any particular order: The lizard, Sean Hadley, Mark White and the Lurkers, Oliver, T-bone Olsen and SLUG Mag.

To conclude, watch for Hellrose in local shops. A tour video will be out shortly and will be followed by a full-length film. HELLROSE: ALL OR NONE! P.S. To those of you selling Hellrose shit on E-bay that DJ signed, be warned, he will find you!