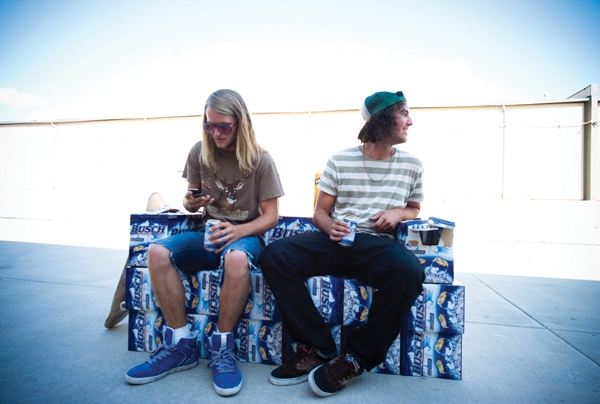 When unbelievably heartbreaking shit happens to a man, he goes a little crazy. That’s been the story of my life for the last two years. If you know me, you realize what I’m talking about with my crazy illnesses, leaving my home of 30 years, financial burden, and most of all, true, unbridled heartbreak. Hell hath no fury like a woman scorned? How about hell hath no fury like a man heartbroken.

Now I’m on a living trip, meaning I want to live as much as I can because I feel like I’m going to die at any moment. What the hell do these words have to do with the photos you see on this page? I don’t really know, but I do know a few things. I’ve spent way too much of the last four years staying in when I should’ve been going out. So now I’m trying to soak it all in and live it up.

Just like Christopher Columbus when he discovered the world wasn’t flat (I know you history buffs are cringing at this reference), I’ve decided to see the world. And by the world, I mean the area beyond North Temple and 2100 South. The world isn’t divided into corners—it’s limitless.

So, I went to Ogden. I know you travel buffs are thinking, “Shit, here he is talking about Ogden when I’ve been all the way to Portland and Mexico, Ogden isn’t that far away.” Granted, I know Ogden isn’t really considered traveling, but I bet you and your fixed gear bicycle have never been there, unless your dad took you there as a teenager. No one ever wants to go to Ogden, despite the fact it’s only a 40 minute drive. Sorry, bike dudes, my lust for life necessitates a car so I can go places.

I’ve been trying to get people to go skate Ogden with me for the last two years and no one ever would. My dad lived there practically my whole life (until he retired last year) and so I always felt I was an honorary citizen there. I had a bedroom there, okay? Lately, I’ve been skating with Dirk Hogan and Keaton McDonald a lot, who are both down with Ogden. I finally had skate cronies who were willing to go. All of a sudden, it was on.

In a Transworld interview in the 90s, a pro skater named Jason Maxwell was asked out of all the places he’s traveled, what places were rad to skate. He replied with some place I’d never heard of in France and Ogden, Utah. Jason skated there back in the day, though, so he never knew rad dudes like Ryan “Swayze” Coleman, Omar Budge, Cameron Starke, Matty Coles, Brian Brown, Tony Washington or the two guys named Casey that I met. All these guys kill it harder than you and can drink you under the table. Shotgun a few beers? They’ll kill it harder. It’s Ogden, bitch, and that’s how they do things up there.

If you decide to go to Ogden to skate, don’t worry about hiding your beer in a coozie.  Mike Brown told me about some event in Ogden where he noticed a lot of drinking in public.  He wondered why no one was hiding his or her adult beverage in a coozie, to which someone replied, “It’s Ogden, no one gives a fuck.”  We actually made a couch out of beer to watch the skating go down.  Heard of DIY skatespots? In Ogden, they don’t pour concrete–they stack up beers.  As Dirk said, “If Jesus can walk on water, I can walk on beer!”

I went to Ogden two separate times to work on this article you’re holding in your hand.  I would love to go more. Hey, SLUG, how about you give me a travel budget and I do an Ogden skate column every month (except the shitty winter months)? If that’s not possible, at least check out some of the skaters I mentioned above in Ham aka Swine Flu’s new video Touch It Again, which should be out around when you read this. And remember, Ogden is very real and exists only 40 minutes north of here.