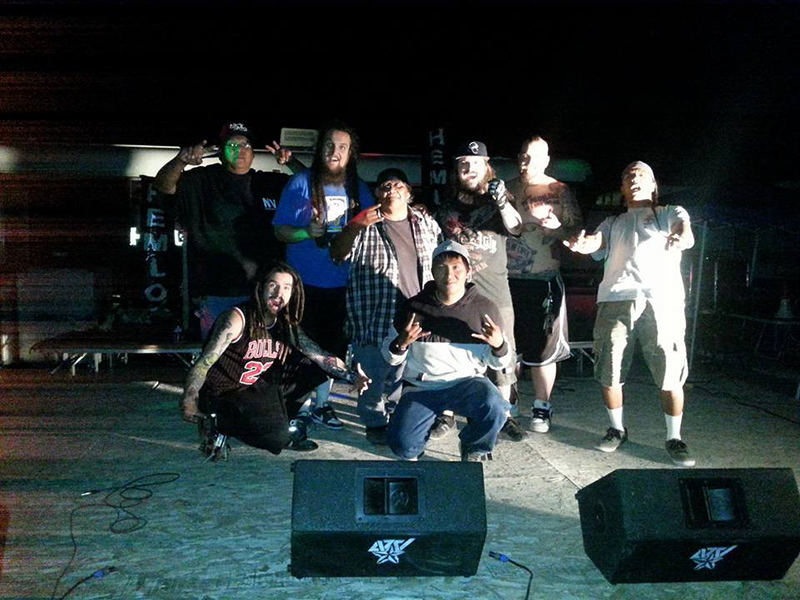 The Fourth of July weekend is a busy time for most people, but as soon as SLUG knew that the Ute and Ouray tribe out in Fort Duchesne would be holding a skate contest, I jumped at the chance to be in attendance. I had covered this event last year, and I felt more than ready for Round Two. Certified social worker and director at the Alcohol/Substance Abuse Prevention Center Anthony Guzman coordinated the competition in order to get people hyped about other things than getting wasted.

A couple of days before the contest, had Guzman let me know that the Apache Skateboard team would be traveling from Phoenix for the contest. The first time I met Guzman was after I gave a ride to the Apache Skateboard team when they were stranded in Salt Lake en route to Fort Duchesne. Once we made it to Fort Duchesne, Guzman offered me place to sleep. Guzman had breakfast and plenty of conversation for us once we woke up the morning after. Leaving this experience left me with the feeling that I had gained another family. So, hey kids: Give rides to strangers, and you might end up with good feelings and breakfast.

Recently, tribe member Marshall Jack lost his life in a car crash that left two others hospitalized. In memory of a life taken too soon, the skate contest was named the 1st Annual Marshall Jack Skate Competition, which Guzman announced over the speakers before the contest. Guzman and other associates started handing out free T-shirts and water to help keep people hydrated and stay fresh in the summer heat.

Along with the Apache skate team, there were 18 skateboarders in the Marshall Jack Skate Competition, which was a higher turnout than the year before. Things are definitely bigger and better this time around at the contest—$500 in cash money for the skater in First Place, $300 for Second and $200 for Third. If this weren’t enough motivation to enter the contest, product was also given out to places 1–6. The competition had three rounds. After two rounds, the judges would pick the top six to go to the final round where the winner is decided.

As all the pieces fell into place, the final six were as follows: Tommy Hawk, Roscoe Curry, Kade Peters, Tee Noland, Jason Jones and Doug Miles. Hawk and Curry were ranked fifth and sixth and were up first—the winner between these two would face the next top ranked opponent, and so on. Curry was able to sneak his way into third place by busting out a K-grind on the hubba, nollie lipslide on the flat bar and an air out of a quarter pipe that Guzman described as “the taco.” This guy gave his heart out and kept his flow going as he beat out three separate competitors.

Jason Jones came out strong to defend his spot at Second Place. Jones landed a heelflip down the stair set, rock on the taco and a backside 180 off the top of the gutter gap, which secured his place in Second, but he could not beat out Doug Miles. Immediately after his round started, Miles coasted a clean 5-0 on the hubba to a nollie backside heel on the hip of the banks, then cruised to the flat bar for a casual kickflip front board. These tricks were definitely the biggest crowd pleasers. This guy earned the Benjamins in his hand at the end of the contest.

As always, SLUG gives thanks to the Ute Tribe and Anthony Guzman for organizing the Marshall Jack Skate Competition, getting people outdoors and doing something creative—whether it is skateboarding, heavy metal or art.