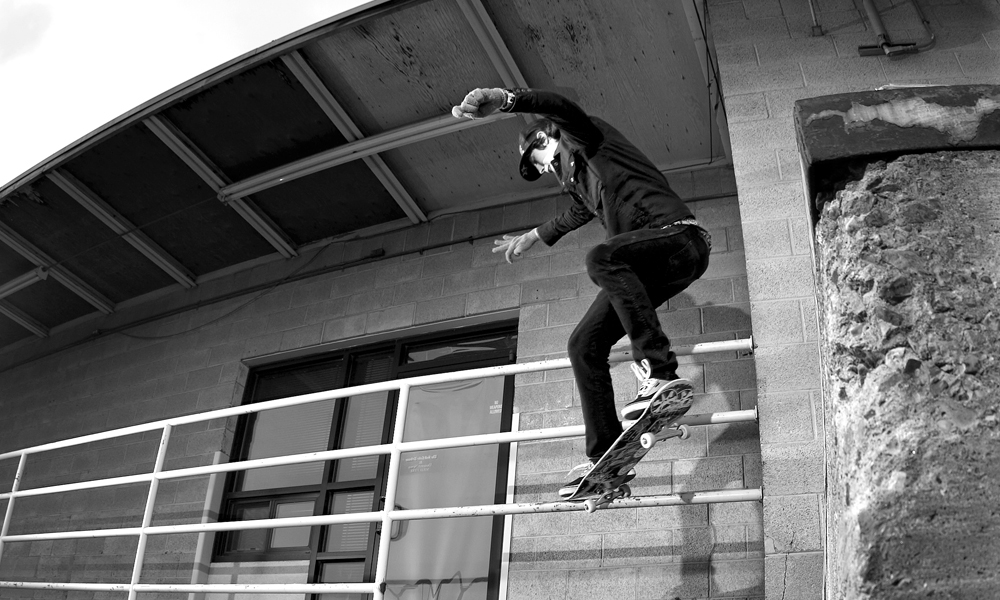 Hell yeah, spring is here. The sun is shining and it’s nice to just be alive. Skateboarding is still making the world go around, maybe not,  but at least skating makes the dogs bark and bite though. Some things will never change.

If you haven’t heard, Adam Dyet is the fucking man. He took home thirty grand from Globe Shoe Company’s Double Set Attack in Australia. In the process he landed a spot on the already chalked full of talent Globe Shoe Team. It is pretty gnarly to win your first professional contest. Adam followed it up with a third place finish in the best trick contest at the Tampa Pro Event. Keep up the good work.

Sam Hubble is hooked up with the Girl Skateboards flow program. That’s just as good as being professional on a lot of other teams. The young Jedi is always training his skills. It shouldn’t be long until he is skating side by side with legends like Mariano, Koston, Carroll and McCrank. Keep smiling little gremlin, it’s mandatory on that team.

If you didn’t know, Mike Zanelli is turning heads. Wait…I don’t think he even knows. Seen Nash Saxton skate as of late? It doesn’t look like he took off any time this winter for snowboarding. The kid has mad skills. He is hooked by Quicksilver Shop and is working on a deal with Wendy’s. The south-western taco salad makes his engine purr.

Look for Sean Hadley to be coming out with an article in a future issue of Automatic Magazine. Sean is the shit and soon the rest of the world shall know this. Oliver Buchanan has been blah, blah, blah blah. That’s just the way he likes it. Actions speak louder than words.

Oh yeah, what the fuck is up with Lizard King’s haircut. Leave that shit in Hollywood son. Bob Plumb was hired as a head shot stand-in on those Geico Insurance commercials. You know the ones where they say “It’s so easy a caveman could do it”. David Gravette just rolled through town with some Arizona heads. He just jumped from the Duff’s shoe squad over to the greener pastures of VOX shoes. Not bad, but it’s no Vans. Peace out bitches, I’m going to torture myself across the Atlantic Ocean.