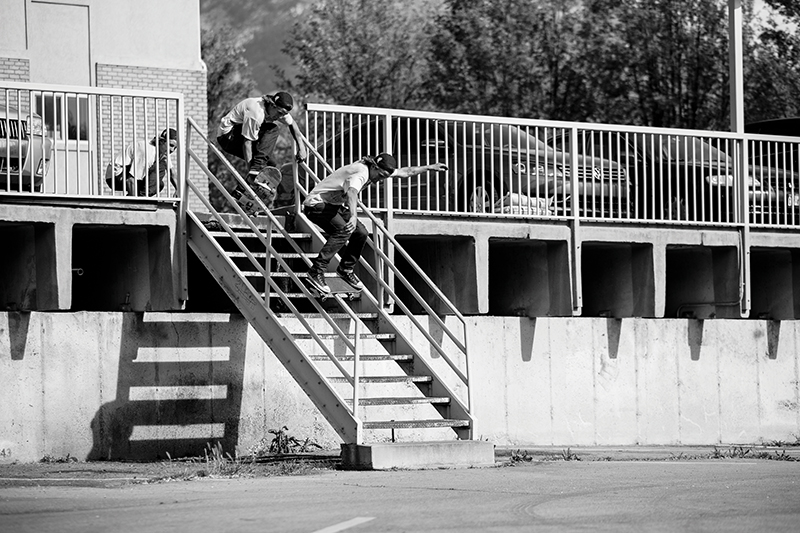 Unexpected tricks by unexpected people are the best. I had just met Colin about 45 minutes before shooting this photo. I went out to shoot with someone else, and Colin was skating with him. After a hard slam at the first spot, I suggested this crazy spot that hasn’t seen much skating. It’s a tall 12-stair with a steep rail. Colin thought that he might be able to early-grab over the rail. After successfully early-grabbing the stairs, to my shock, he’s suddenly trying to early-grab to back board-slide. A handful of tries later, he’s rolling away.