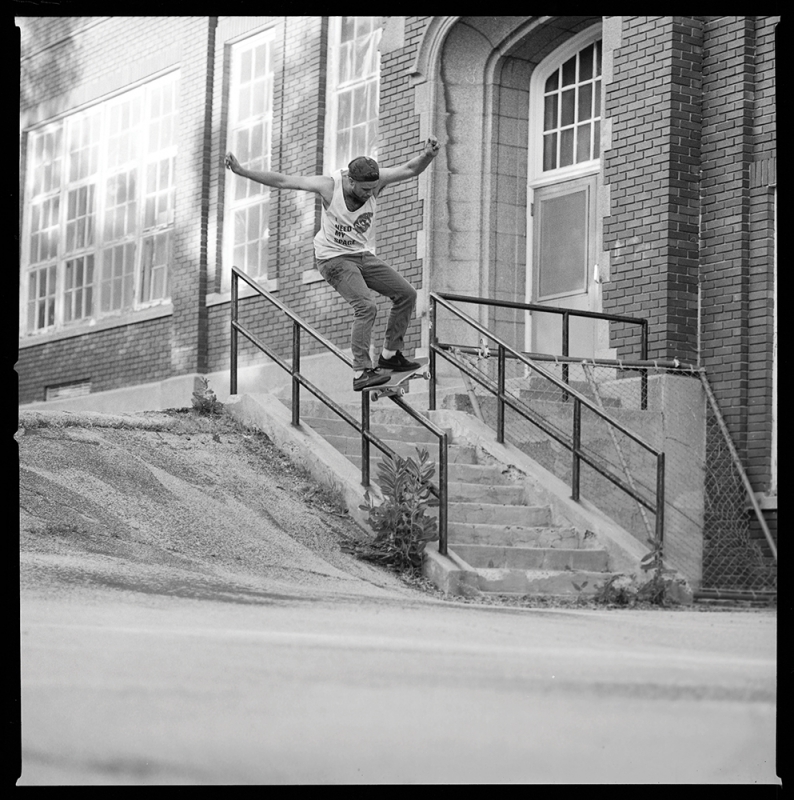 I have been friends with Sam Milianta for 16 years and Devin York for 10. Sam and I both come from small Utah towns where there were only a handful of skaters in the entire county. Sam’s love for skateboarding and photography have been an influence and inspiration to me. On the same note, Devin has always been down to skate the craziest stuff with me just to get a photo. Sam let me shoot this photo of Devin with his Hasselblad—my first skate photo with said camera. Then Sam processed the film in his kitchen and scanned the negative for me. I want to thank Sam and Devin for their inspiration and all they have given to skateboarding in Utah.