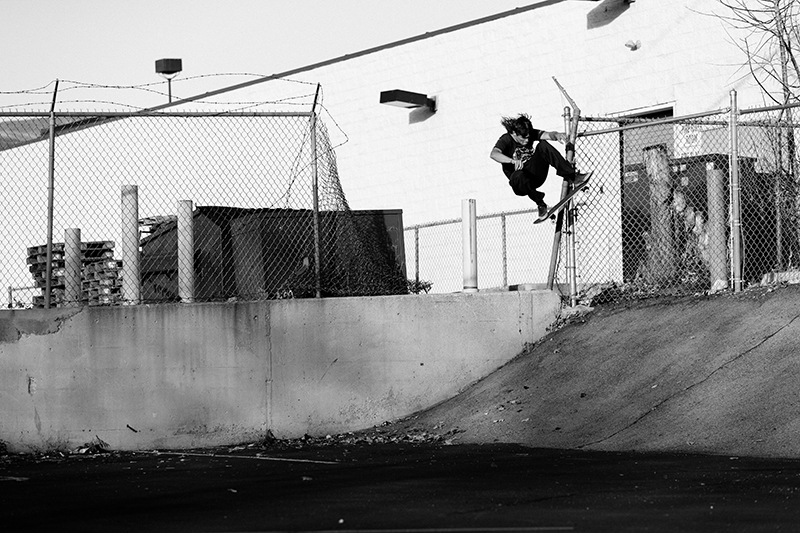 Every now and then, I see the potential for a trick that “would be so cool,” but in reality, it would be nearly impossible to actually do. I suggest these tricks to skaters, and usually, nothing comes of it. I mean, they are pretty ridiculous tricks. Enter Garrison Conklin. Sam Milianta once described Garrison as a ninja on a skateboard. If anybody could do this pole jam, Garrison could, right? It took a little getting used to the jam, but 15 minutes later, he was rolling away fakie. Just goes to show that it never hurts to ask.