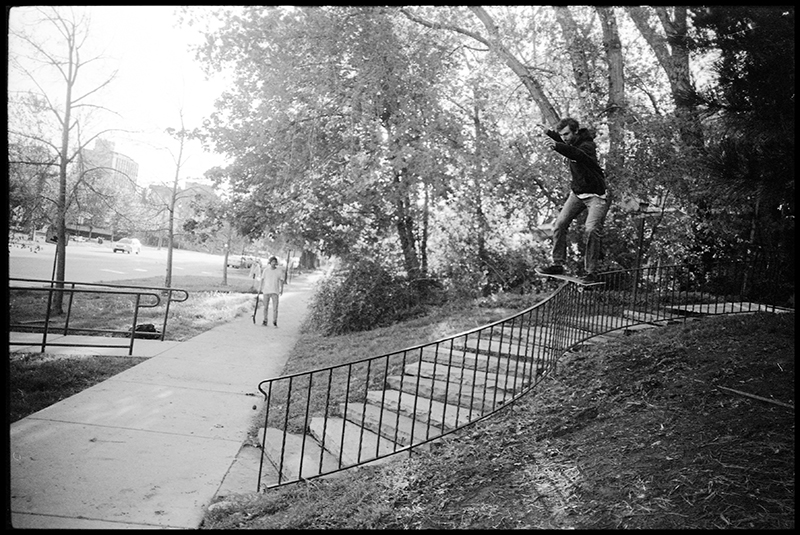 Growing up in small town Utah, we had a lot of “almost spots”—skateboard spots that had one thing wrong with it that made it impossible to skate, or spots that none of us were good enough to skate. This spot in the Avenues is one of those spots. Several skaters tried this boardslide this day, but Jake Flood was the first to roll away from the snake. Big up to Matt Bergmann for sticking it out and keeping at it until he rolled away as well. The best thing about this spot was all the local, non-skateboarding neighbors who came out to watch and said things like, “I was wondering if it was possible to skate something like that,” or the guy who called his friends to tell them to come watch this crazy happening outside of his house. I guess “almost spots” aren’t just a skateboard thing.