Kicked Out of Everywhere was a skate video title from Real Skateboards circa 1999. That phrase describes street skating pretty well. 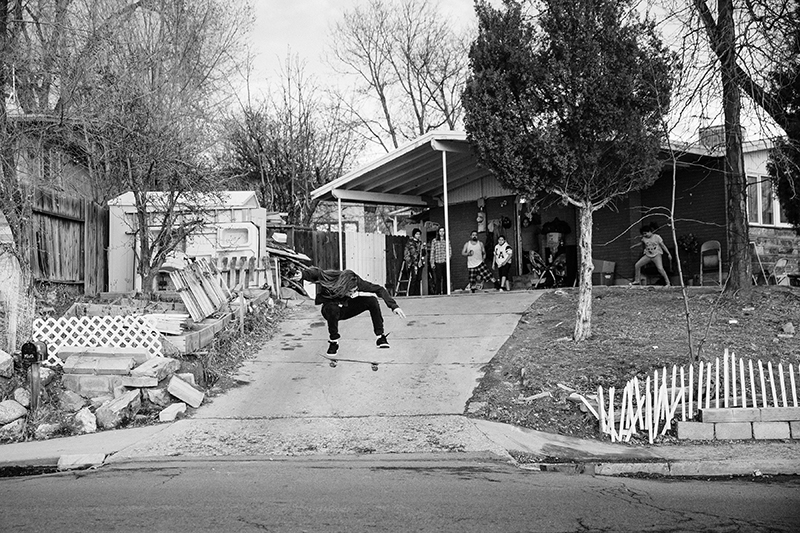 Kicked Out of Everywhere was a skate video title from Real Skateboards circa 1999. That phrase describes street skating pretty well. Nobody wants us grinding their stuff, or “breaking the blacktop,” or “getting hurt and suing [them].” We get kicked out of everywhere. This photo is a rare example of the total opposite reception. There was a car parked on the road right next to the landing, so we knocked on the door and asked if they wouldn’t mind moving it. Not only did they move the car, the whole family came out to watch. Their son brought his board out. The dad broke open a 12 pack and gave a few guys a beer. They cheered when Chandler kickflipped over their broken-up driveway. I love that this is what was going on in the background when Chandler landed this kickflip. All this happened just after getting yelled at and chased off the property at the previous spot. Thank you, skateboarding.