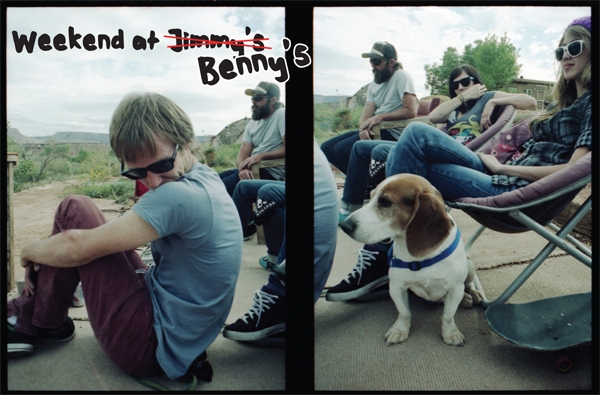 Most birds fly south for the winter.  Some birds are crazy enough to stay. I am a tropical being: I hate the snow and cold.  Yet, I choose to live in Utah which has “The Greatest Snow on Earth.”  So, the first time I felt the cold weather coming onto my arthritic ankles that years of skateboarding have given me, I headed south. 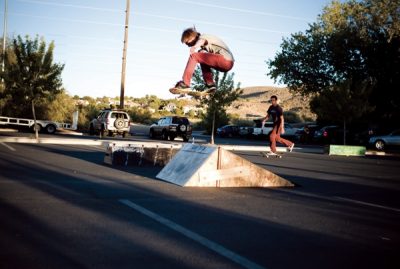 The desert is a strange, sketchy place.  A lot of episodes of Cops are filmed there.  It seems like a lot of people that live in the desert are often hiding from something.  The retired people in St. George are hiding from their former lives.  I still haven’t figured out what the young people in St. George are hiding from, though, and that’s sketchy. Maybe it’s no coincidence that the use of crystal meth is statistically high in the southern counties. St. George is also home to Utah’s first professional skateboarder (at least in my 16 year bout with skateboarding).  Long before the Lizard Kings and Adam Dyets conquered the handrails and streets of the world, there was James Atkin. James was the best skateboarder any of us had ever seen in 1997.  He could boardslide a handrail.  Hell, he could even do it to fakie if you wanted him to.  This guy switch pop-shoved his way into my heart long ago.  So, everytime I head south for some “Mom-time”, I always make a point of visiting James at his home. 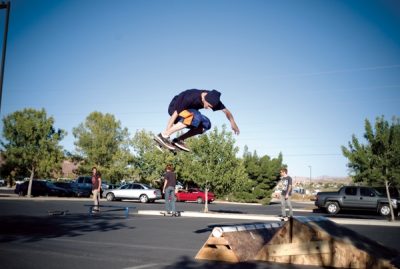 I don’t want to bore you with the details of who bluntslid what or how awesome neutral (both feet in the middle aka the Greg Louganis) wallies are, but let’s just hit some highlights of the weekend:

•Ern threw up on himself and passed out in his car shirtless.

•Some dudes from Skull Candy did a demo in a parking lot. No offense to the dudes, just a real boring set up for a demo.

•Flat Bar Friday was pretty fun. There’s a whole batch of new kids since I lived down south two years ago.

•We skated a ramp in Virgin, Utah that had a nice backdrop (beautiful landscape, and I’m no hippie). 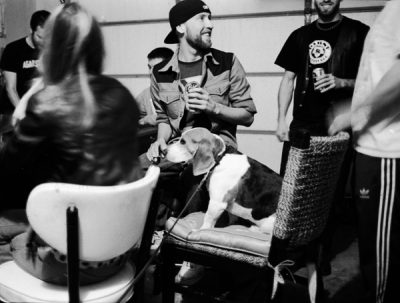 •I got to skate with Tyson Cantrell.  If he had written this article instead of me you might’ve made it this far into the article, but he didn’t so you probably stopped reading two paragraphs ago. 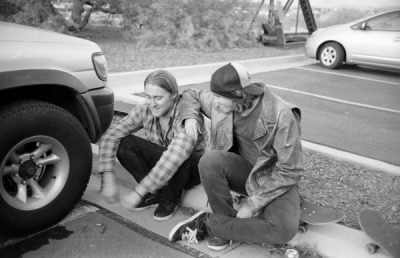 •I didn’t set foot on the St. George skatepark aka The Skillet. 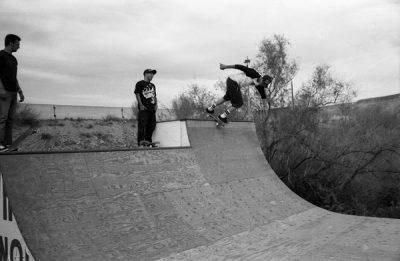 •I really wanted to go to Vegas but had car trouble.

•It’s always good to see your homies no matter how long you’ve been gone. 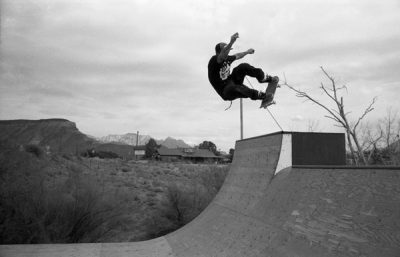 So, that’s the story of how this bird flew south for the winter.  Even though it was still fall and it wasn’t even really cold yet.